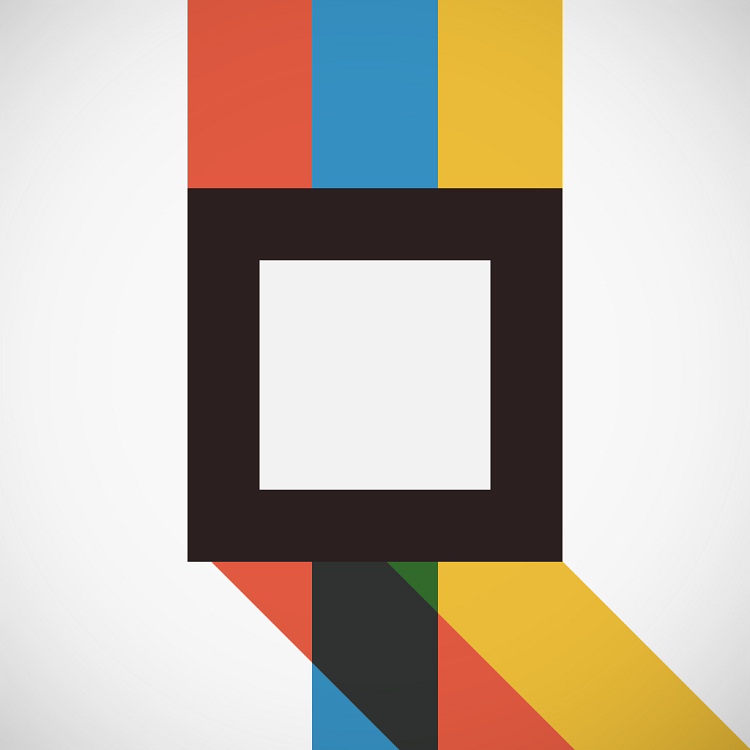 Mini Metro is a fun yet challenging subway simulator

Simulation games come in all shapes and sizes.

Take for example the beautiful open skies of Microsoft’s Flight Simulator series, or maybe the hectic mini-management of The Sims. A new release by Dino Polo Club, dubbed Mini Metro, manages to strike a happy balance between the serene and chaotic. This simulator will test your ability to micro-manage a complex underground public transport system. Subways may not seem like anything special, but Mini Metro will show you just how difficult it can be to ensure that trains run smoothly and efficiently.

I know how it sounds. The words micro-manage, subway, and simulation don’t exactly exude a sense of entertainment value, but Mini Metro is surprisingly addicting. The premise of the game is simple: you’re tasked with building the best possible rail structure for a given city. Your metro will take place in real cities, and will start out as just a small cluster of only three stations.

Creating a new rail line is as simple as clicking and dragging from one node to the next. The rail lines are represented by colors, and in the beginning you will have access to three different types.  Stations are identified by symbols, and “passengers” will stack up at a specific symbol in the hopes of traveling to another symbol. It’s like a giant child’s puzzle box, in which the circles must reach the circle station, and triangles must reach triangular stations. As time prattles on, more and more shape types and line colors appear. 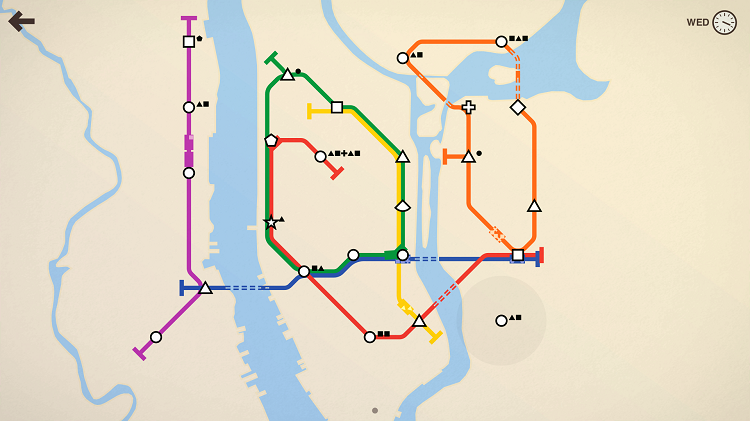 From the outside it seems simple, but Mini Metro contains enough rules and regulations to keep you on your toes. Certain shapes can only contain a certain amount of lines, meaning you’ll need to create looping networks and even piggyback off of other lines and stations. Be wary though, as you cannot cross lines of different colors, meaning you’ll need to craft alternate routes and link certain stations together with specific colors.

To make matters worse, new stations will constantly appear on screen, forcing you to re-evaluate previously situated lines, and you will often be forced to delete certain lines and rebuild them entirely to create space for these new stations. As time progresses, you will see more and more passengers popping up. If you wait too long to pick these passengers up, a station may fill which will cause overcrowding and the agony of defeat. The key to success is ensuring that passengers are promptly picked up and dropped off.

Mini Metro will continue to toss curveballs at you as your network grows larger. Certain aspects of the map are covered with waterways and must be tunneled through in order to create a connecting path. Tunnels are only awarded as time passes on, and if you choose to put funding into them. At the end of each “week” you’ll receive a new rail car, as well as the opportunity to place funding into tunnels, rail lines, or other useful upgrades. These rewards are very important, and strategy plays a big part in deciding which upgrades need to be taken at what time. Even though the game contains a relaxed atmosphere and a very user-friendly interface, it can become a nightmare rather quickly. In fact, most of the game sessions I started ended rather abruptly, usually because I neglected to see a particular station piling up with passengers, or a new station randomly popped up in a hard to reach area.

Thankfully, Mini Metro offers up three game modes depending on what type of mood you’re in. You can strive for perfection in a fast-paced rush hour mode, try to handle the normalcy of commuter mode, or simply kick back and relax with a scenic sand-box mode, which allows you to eliminate the stress of objectives and time-based goals. There are ten different cities for you to conquer, and each one has its own line colors, cars, obstacles, and pacing. Cities will randomly grow as well, with stations popping up in new areas each time. This should force you to switch your strategies on the fly, as a certain plan of attack may work wonders in one city, but fail miserably in the next. All of these gameplay elements are rounded out by a simple yet aesthetically pleasing design and a wonderful dynamic soundtrack by Disasterpiece.

Mini Metro offers up addicting gameplay, a challenging puzzle atmosphere, and provides a wonderful outlet for simulation lovers to relax with sandbox mode. This is a great indie title for those of you looking for something different this holiday season, and would make a great gift for the simulation fan that seemingly has everything. For more information regarding Mini Metro, be sure to check out the dedicated website here. You can grab this release off Steam right now.