While everyone’s brain is still wrapped up with the sequel to the recent Tomb Raider reboot, Crystal Dynamics and Square Enix have once again partnered up to bring another sequel to the Tomb Raider universe: Lara Croft and the Temple of Osiris.

A continuation of oft-loved sleeper Lara Croft and the Guardian of Light, Lara’s excursion this time around is an isometric dual-stick shooter, much in the vein of Housemarque titles like Super Stardust Delta or Dead Nation. 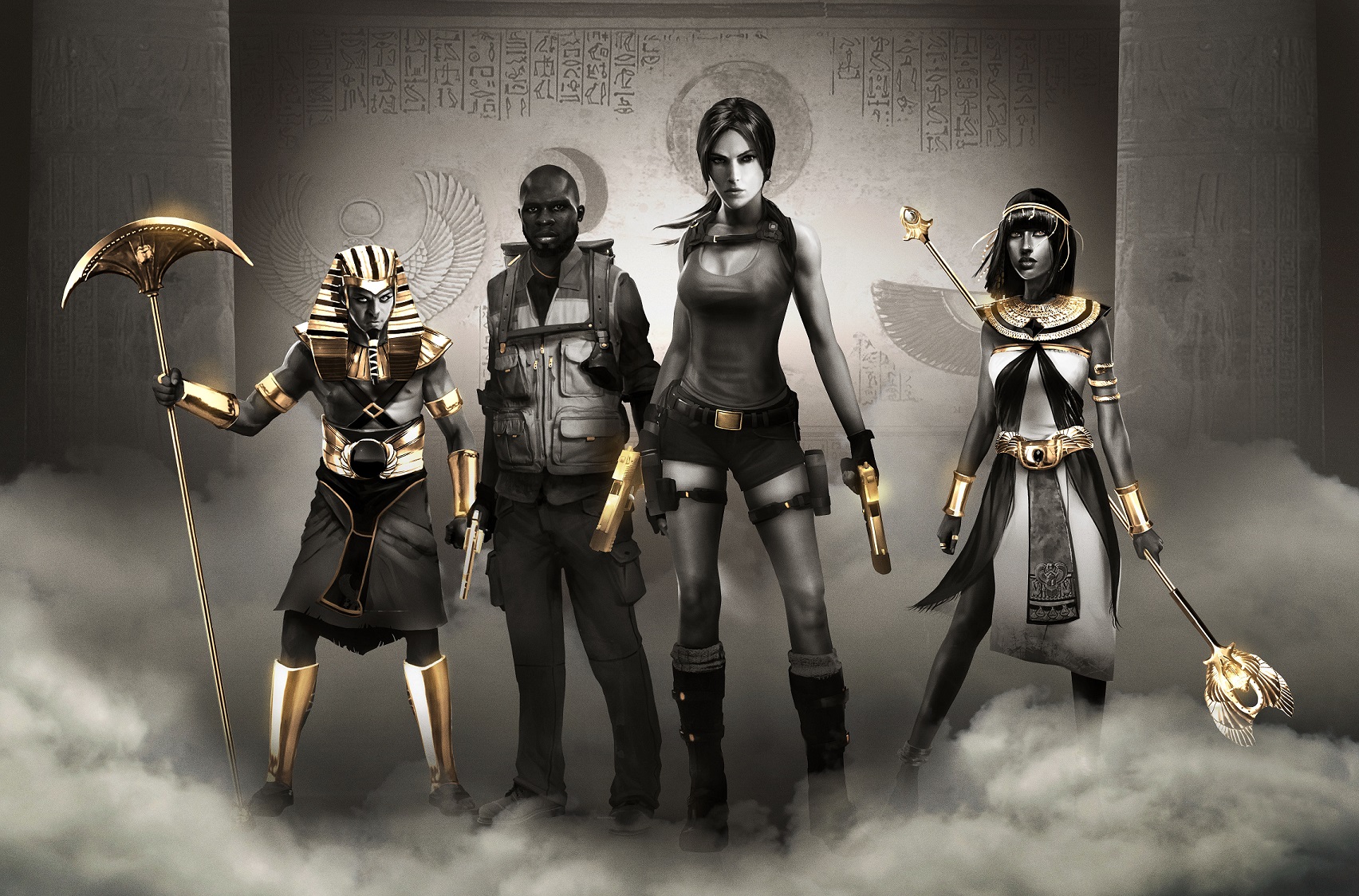 The story this time revolves around the Egyptian myth of Osiris, and focuses on many of the characters therein. While ruling with his queen Isis, Osiris is murdered by the god Set, and cut into forty-two pieces scattered around the land. Of course, in traditional fashion, there is great treasure to be had in the final resting place of Osiris, and Lara ventures off in search of it, encountering one of her rivals, Carter Bell, in the process. Within the temple, they end up finding the imprisoned gods Horus and Isis, as well as the greatly antagonistic Set, and end up having to join forces in order to navigate the trap-and-monster infested temple to defeat Set and hopefully come away with great treasure in the process.

The game takes the two-way asymmetric gameplay introduced in the first game and runs with it. Though there are four players involved this time around, they fit into two camps, each with a particular set of unique abilities that must be used in tandem to navigate through the temple. The spelunkers wield grappling hooks that let them rappel up and down walls, form tightropes for other characters to cross large gaps, or hook other players so they can act as a mobile anchor point while other players climb walls and the like. They also have an inexplicably infinite supply of flares that can be used to light dark areas or ignite torches and braziers—often for additional rewards. The gods possess special staves that can be used to manipulate specially marked portions of the environment and can also form shields that can block incoming projectiles (other players can move behind them to pass through trapped areas safely) or be stood upon to reach platforms that might otherwise be out of reach.

While co-op is the primary focus of the game, it can still be played by a single player, if necessary. When only one player is present, Lara will also possess a staff of Osiris, essentially giving her the full range of abilities.

All player have a few base sets of abilities, as well: shooting things (obviously) and dropping special bombs that can destroy trap placements or some barriers…or animated statues and giant beetle things.

The cool part of all this is that the same level can play out in drastically different ways, depending on the number of players available at any given time. During our demo, we caught a number of places where stepping on two switches might open a particular door, depressing a third would open a separate path, and the fourth would unlock a whole different route altogether. There were pickups and powerups scattered about that would require two, if not three people to properly access (though I couldn’t locate one with any sort of ease that would require all four players). The game is actually a triumph of functional design, players can drop in or out at any time, and you won’t be punished by having to go back to a major checkpoint or having to restart a stage, simply because you lost your fourth player—all paths can be completed in one sense or another by any number of players, even if the path could not originally be accessed with the number you now have.

Which leads to one of the best ideas the game has going for it: you’re not limited to an offline or online mode in terms of your co-op play. While it’s not a novel feature in any sense, many major games seem to struggle with the idea of marrying these concepts together. You have games like Scott Pilgrim Vs. The World, which only allowed local co-op until a patch added the multiplayer mode, and others that have an “online” mode and a “local” mode that must be kept secret. Not so in Temple of Osiris, you can jump in alone. A friend can plop onto the couch next to you and drop in, then an online friend can jump in, and anyone is free to leave at any given moment (save for the host, I imagine).