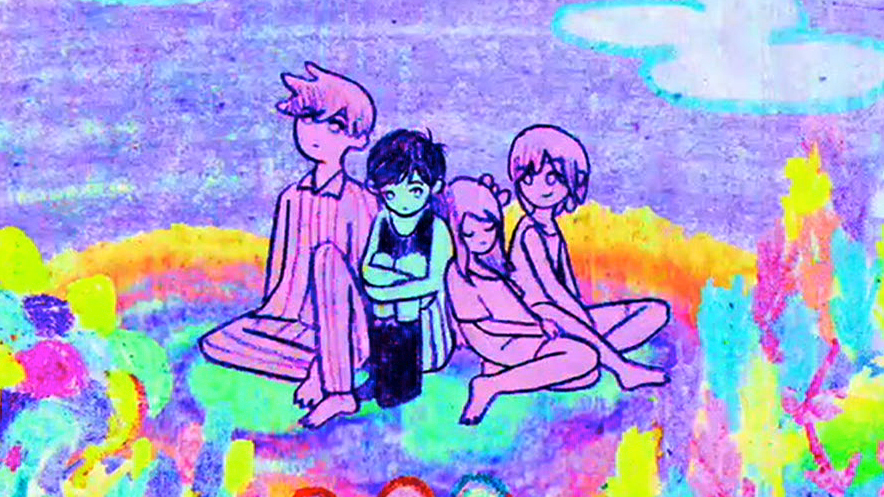 I’ve been a fan of the artist OMOCAT for quite some time. Her work strikes this odd balance of being creepy enough to be intriguing without straying too far into outright terror. The style is just enough to pull you in. It’s those gripping undertones that have me excitedly awaiting her PC video game debut.

The game, OMORI, is based on OMOCAT’s original short story, graphic novel universe featuring the titular OMORI (his story began on a blog from late 2011 through early 2012). He is described as a “depressed otaku.” That Japanese word can translate to many things in English, but one of the underlying themes is that it tends to involve obsession with something, whether that is video games, anime, trains, or what have you. In the most disparaging applications of that term, that obsession can become so crippling that most, if not all, other social functions end up suffering. 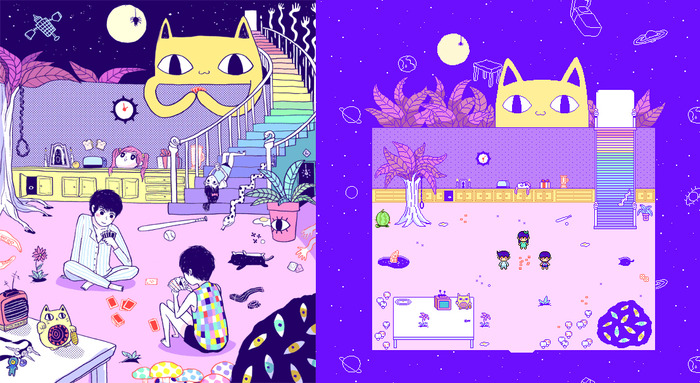 It is a unique perspective to take in presenting a protagonist. And that’s why I like what many crowdsourced, independent games try to do nowadays. In this day and age of offering blank-slate characters for players to experience a game’s world first-hand,, OMORI focuses on an already established, if exceedingly obscure, character. Not only that, it’s a character that, at first glance, a player can’t relate to (or, if one is being honest, doesn’t want to admit to relating to).

With a leading man who is rife with self-loathing, OMORI is a far cry from modern day video game heroes. It’s seemingly a game of instrospection. You can look to two of the industry’s leading horror series in Resident Evil and Silent Hill. At their best – which easily happened early in their respective series before they both became a little too action-happy – the former specialized in horrible creatures, tense situations, and bloody violence, while the latter also had the nightmarish monsters, and tense situations, but focused more on psychological scares.

For a good scare, I’ll take psychological over violent any day and it looks like OMORI is going to excel in that. Frankly, is there a more effective way to frighten someone than to have them question their own sanity? 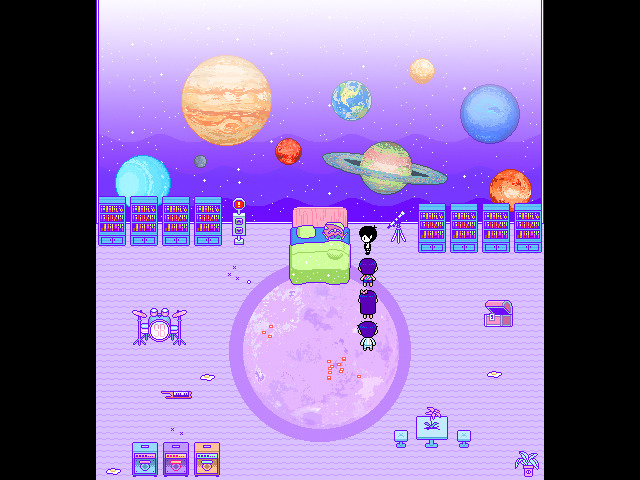 It is often the reason why darkness is such a good source of horror. Not knowing what’s lurking among you leads to your imagination running. Strikingly, this game is bright. It’s colorful. And despite showing you what it is your character is seeing, it becomes all the more jarringly creepy as you can’t really place what’s happening anyways.

Seriously, take a look at these screens and gifs. Don’t let the cutesy characters and vibrant aesthetic fool you, though. This world is going to be trippy. The combat is described as “a traditional turn-based battle system with untraditional statuses and states based off real human emotions and conditions.” The whole thing has a little old-school Nintendo feel to it, and that can only be a good thing.

Here is how the creative minds behind the project describe the basic setup of the game:

“Welcome to WHITE SPACE. Your name is OMORI and you’ve been living here for as long as you can remember. Everything is bright white; there aren’t any walls. A black lightbulb hangs from the ceiling… wherever it is. There’s a floor but it’s always cold. The warmest thing here is probably your laptop. You don’t mind though. You have a blanket, a laptop, a cat, a sketchbook, and a tissue box. You have everything you need.

It’s psychological horror where you are tasked with traveling “between two worlds, both welcoming, both concealing the same secrets. Meet new (old) people, fight new (old) enemies, explore your own memories, and uncover some hidden truths along the way (although you wish you hadn’t.) When the time comes, you can only choose one. Which world is more real? You decide, I guess.“ 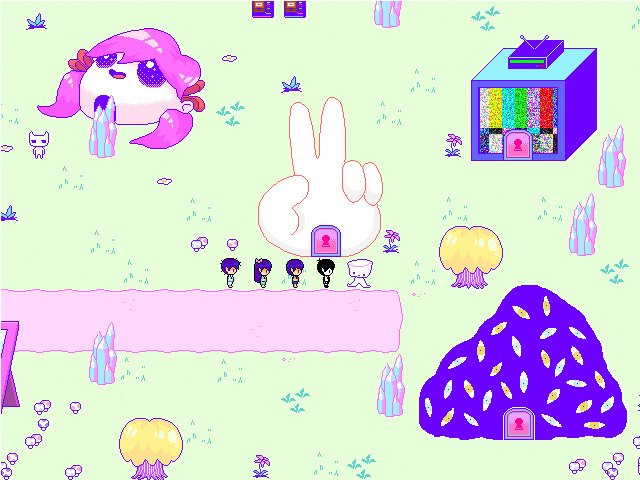 It’s cryptic and a little disconcerting, but I have no doubt that the wishy-washy nature of the wording there will all come to fruition in the final product. With just than a week left in her first video game Kickstarter campaign, the artist has successfully accrued an astonishing five times her initial goal. Clearly, I’m not the only one excited for what is expected to be an exceedingly surreal trip.

If you’re interested in learning more about the game – and why wouldn’t you be when the game touts “a room full of cats,” “waves of unrelenting nostalgia,” and “a bunch of (un)necessary detail” – just hit up the main Kickstarter campaign page. There, you can check out parts of the soundtrack composed by Slime Girls and Space Boyfriend. It’s spectacular. Inspiration for the music is drawn from games like “EarthBound/MOTHER, Animal Crossing, Persona, and Umihara Kawase.”

With the game fully funded, the developers intend to have it released in early 2015. Of course, if happens to hit the stretch goals to fund multi-platform development for the Nintendo 3DS and PlayStation Vita, then delivery might take a bit longer. A meager $15 is all you need to donate in order to get a digital copy of the game. If you are so inclined to offer more, there are plenty of nice rewards to be had, including pins, sweaters, shirts, soundtracks in digital and physical form, and more.

Games like this that are crazily surreal and decidedly not mainstream deserve all of the support they can get. OMORI is one to look out for.