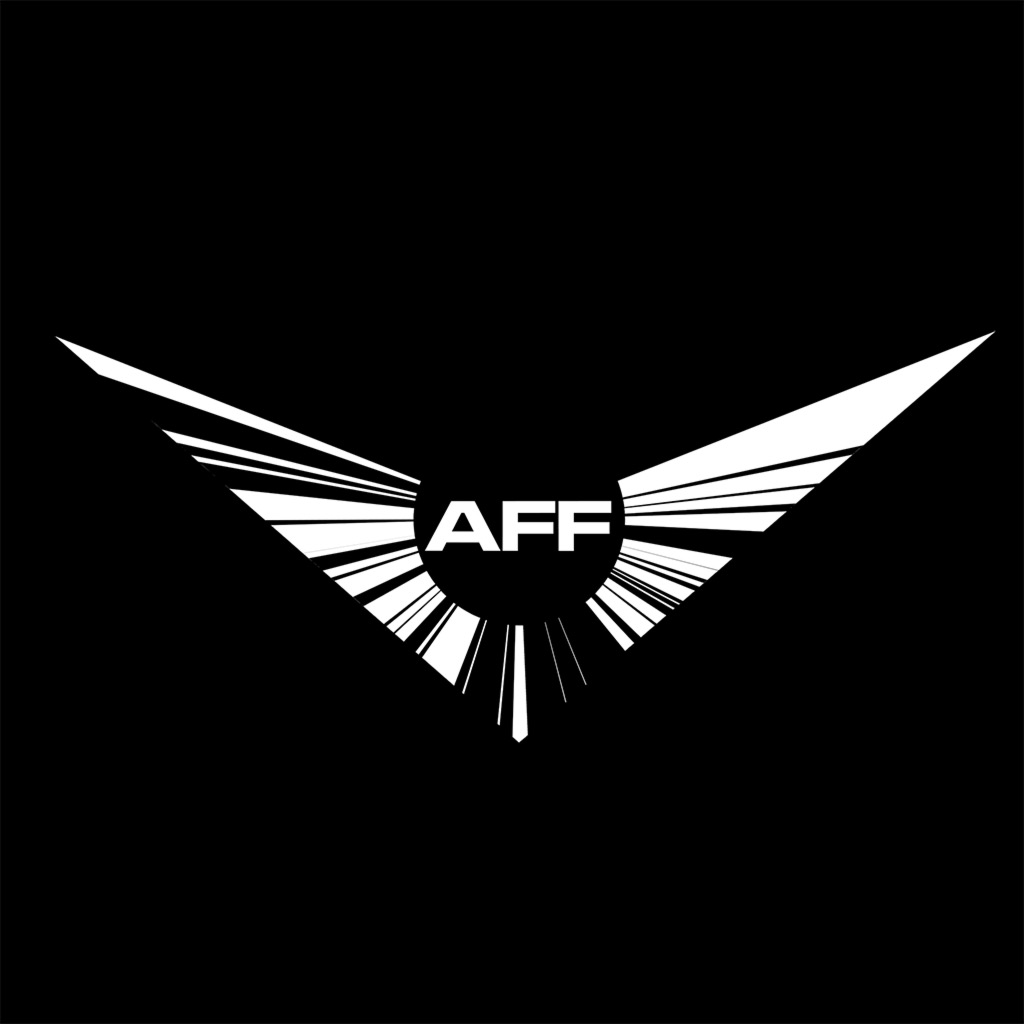 Is ‘Angels Fall First’ The Pinnacle Of Indie Development?

I am utterly shocked that I’d not heard of Angels Fall First before a few days ago.

I’ve mentioned before my general distaste with the lack of a good space combat simulator game, as evidenced by my unusual level of excitement at a board game offshoot of one of my old favorites, Freespace Tactics, and my utter love of EVE Online (which is why I don’t play any more…long story). I even loved the modestly rated DUST 514, and the ways that it connected two genres: FPS and Space combat. 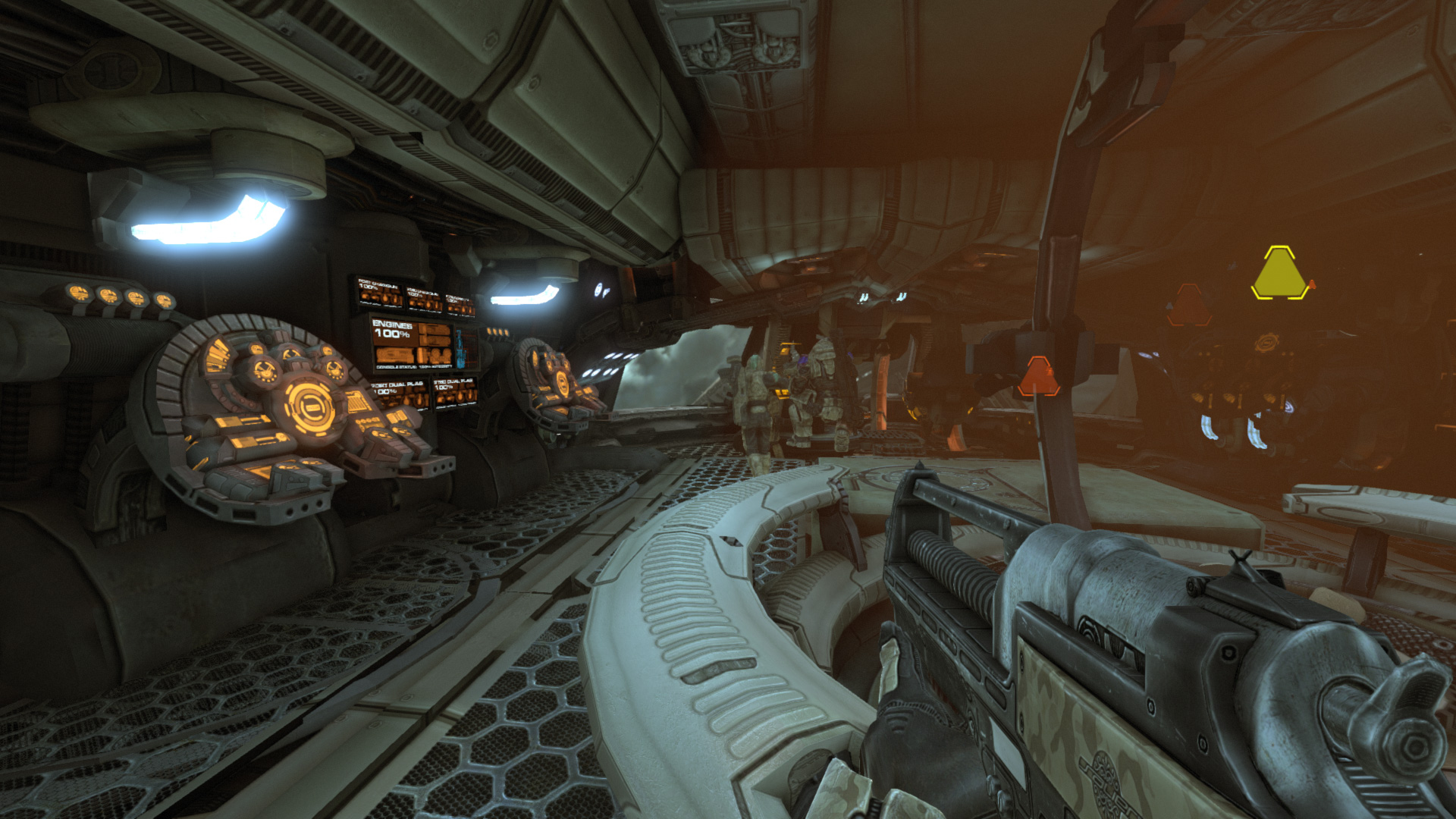 In comes Angels Fall First, first born as a mod for Homeworld 2, a game that is essentially a modern-day Battlefield game in space—the devs describe it as a “first person combined-arms sci-fi wargame”. And what that encompasses is something I have wanted all along, even if I didn’t necessarily know it yet.

It’s a threefold team combat experience. Storm the fronts as an infantrymen. Lay down wanton destruction in starfighters or tanks. Or, in a bit of a twist, stay on the bridge of your command vessel and issue commands to your various forces, prioritizing targets and guiding your troops to a decisive victory. 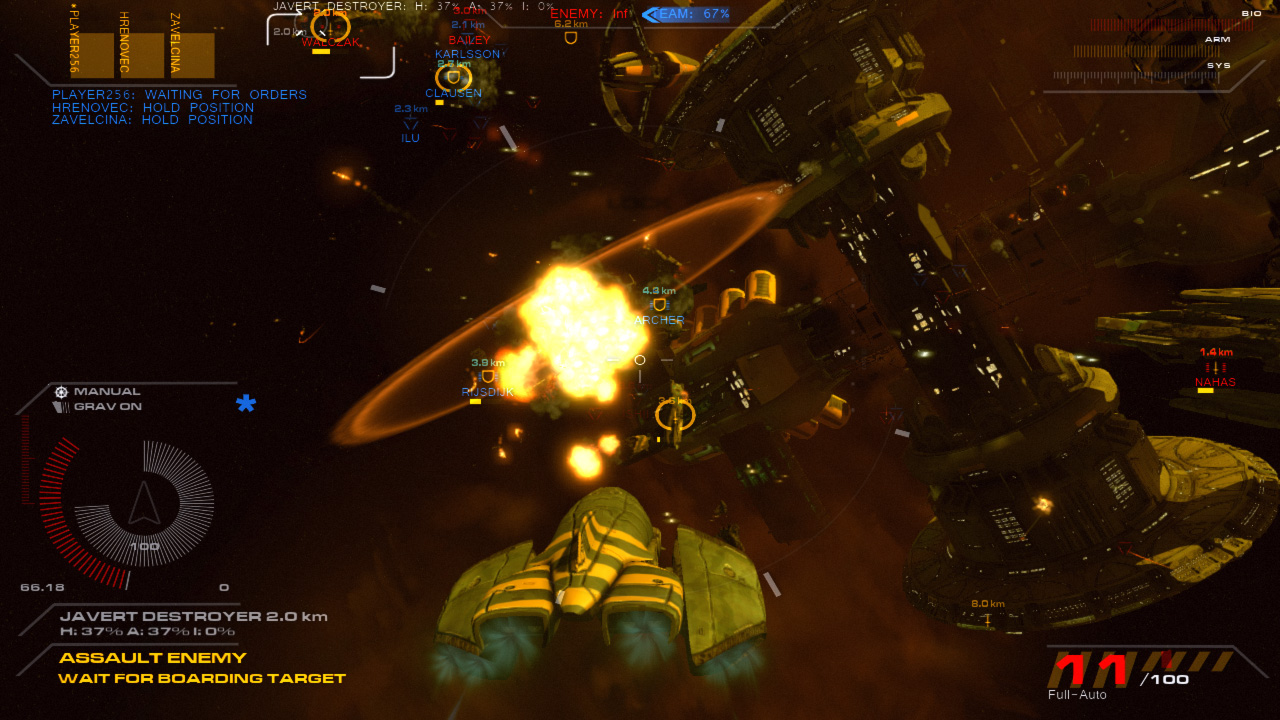 And, like one of the best games I played at E3, Dreadnought, the game seems like one that rewards real coordination as opposed to brute force tactics and lone-wolfing. The video example presents a conflict between an assault force and a large space station. The aggressors attack with a large force, supported by a large battleship, the crux of their strategy, as well as the ship that houses the force’s commander. The commander can shift the battleship around the field to bolster defenses or stage waves of attack, but must be wary of the station’s defenses.

Victory for the station requires holding the assault off for a long enough period, causing enough losses to the enemy, or destroying the battleship. You’ll employ a number of tactics to this end, using fighters to shoot down troop transports and bombers to attack the battleship directly. On the other side, you’ll be flying transports into the station, trying to find less-defended entry points to lay down troops and take the station from the inside.

Impressively, to make sure you’re not forced into playing with strangers if your friends are offline (or nonexistent), the game features full AI bot support, as well. You can join servers with friends as a squad, but can also organize full co-op games against an AI team, or play the game solo, should you so desire. It’s a feature that many games don’t think to include—a system that not only allows for effective testing of weapon and vehicle builds, but can greatly enhance the experience for midranged players—ones that maybe just want to enjoy shooting some cannon fodder out of the sky. 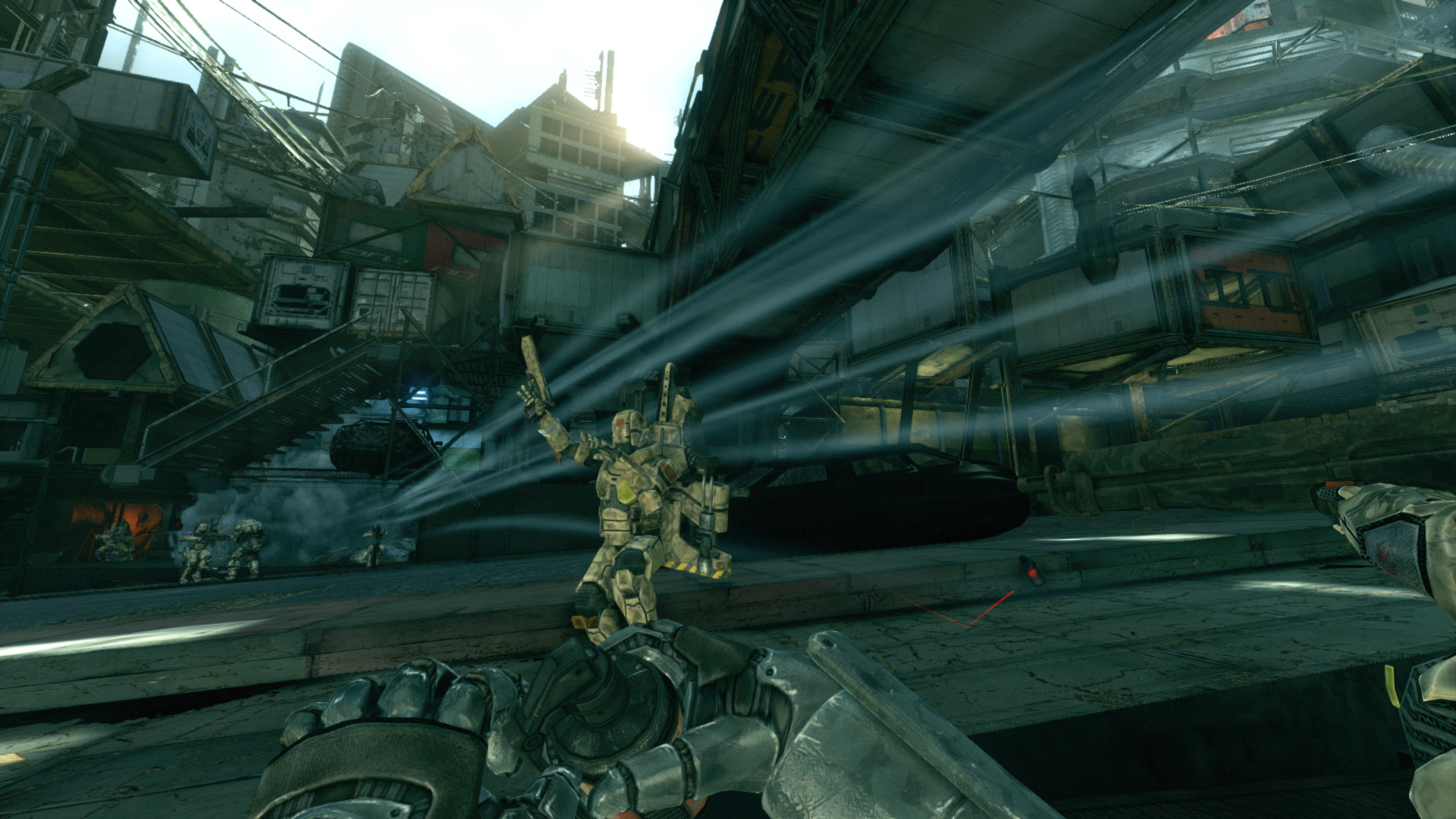 Not only does it all look immensely fun, it looks insanely complete. The game isn’t out yet, even in Early Access, but the fact that it existed as a more-or-less feature complete mod of a successful game in the past shows through in spades. The game is built in Unreal Engine 3, so it’s not the most up-to-date looking on the texture front, but the game lacks that…cut-corner look that so many indies seem to have these days.

I’m not saying that all indie games these days are cheap or not deserving of our praise—far from it—but I’ve expounded on the virtues and flaws of Early Access and Crowdfunding projects in the past, and these are games that use retro visuals and aesthetics to circumvent development costs and suit their low budgets and small teams. Angels Fall First is a different beast entirely.

Even the recently released gameplay demonstration video shows off a game that encompasses so much sensibility and attention to detail, I can’t help but be excited. Weapons and vehicles feature plenty of customization, allowing you to alter your playstyle as you desire. Animations are simple and unobtrusive (if a little rigid at times). Battlegrounds ooze vastness, even when they’re not. The fighting looks absolutely epic, and I can only hope that the game encompasses that feel, as well.

And that’s the real shocker in this whole scenario:  the game has immense production value. It looks as good as, if not better than, many free-to-play releases from bigger studios in more recent times, but has been in development for over seven years by a small indie team working on the weekends for literally no money. It’s an immense undertaking, one that is utterly impressive and is the purest example of the “indie” video game—no publishers, nothing of the sort, just a group of dedicated, self-funded gamers who are making their dream game—and it shows. 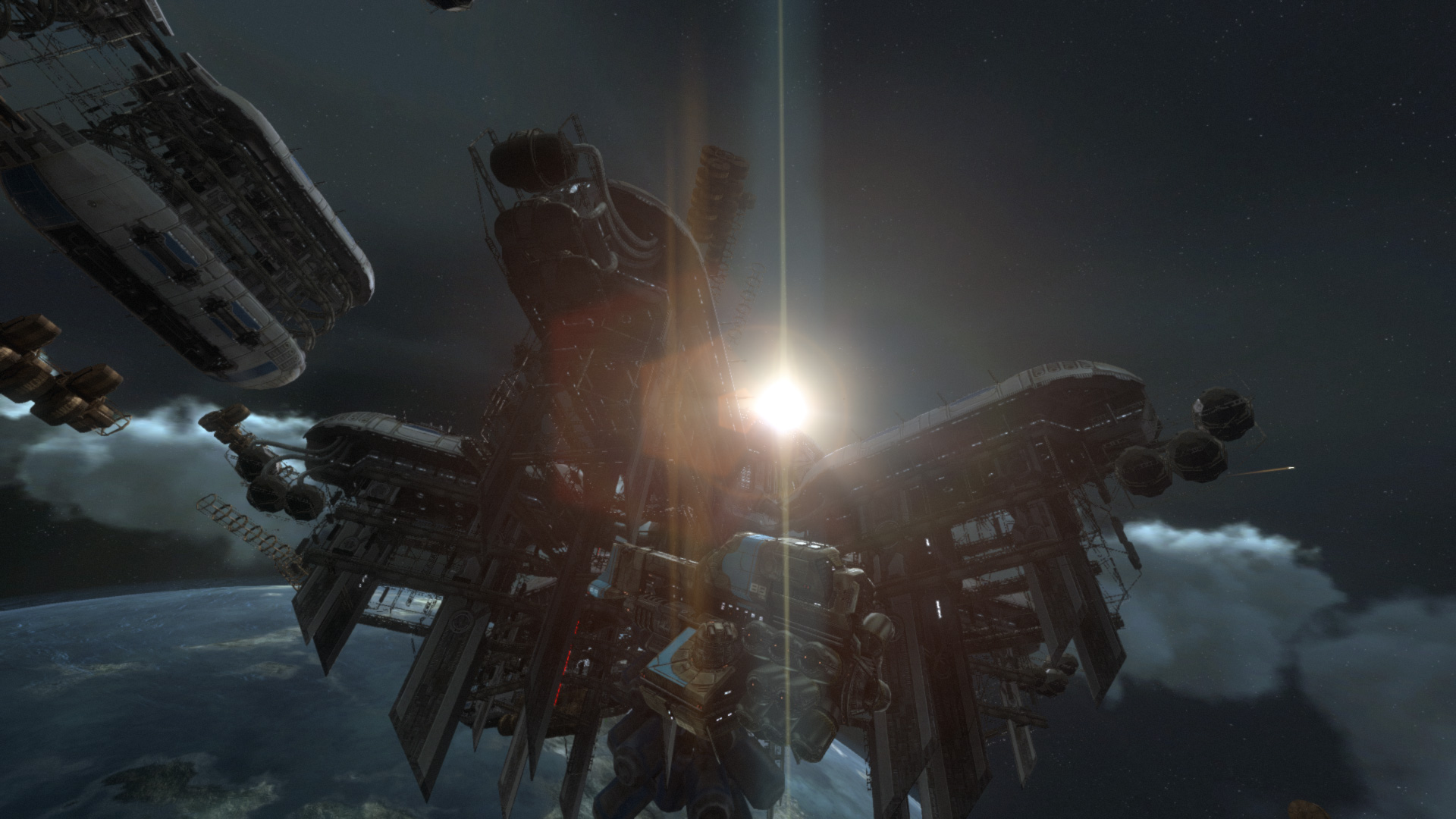 I’ve often expounded on how a game is traditionally unable to stand on one pillar alone—if every aspect of a game isn’t at least acceptable, it often doesn’t work. It’s rare, if ever, that a game has a narrative so good you can ignore the terrible UI, or a battle system so great you ignore the terrible visuals. So far, this doesn’t look like a worry at all—there aren’t a lot of details available, but if the game is at all close to what I think it is, it’s going to be something to keep your eyes on.