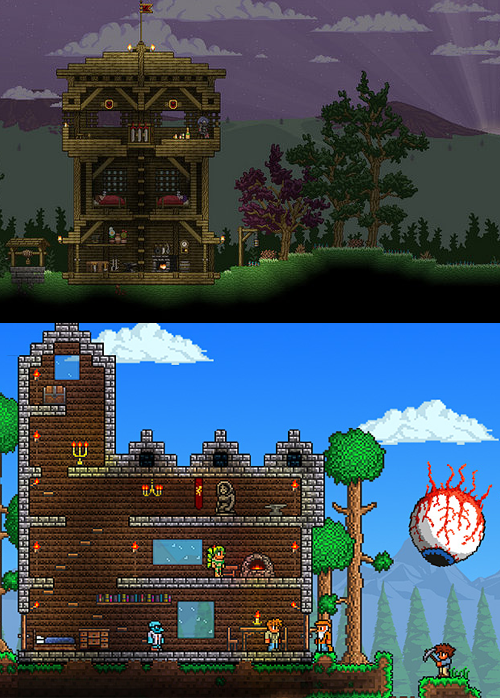 With any form of art there is a fine line between influence and emulation. Recently, many fans felt as if that line had been crossed when Starbound released its build to the public on Dec. 4th 2013. The similarity between this title and the already hugely popular indie title Terraria is immediately apparent. The looming questions of whether this game constitutes influence or emulation haven’t hindered its success. With tens of thousands of concurrent users on Steam alone it seems like its not bothering most.

Interestingly enough we all went remember the Zynga / Tiny Tower drama. If clones bothered so many people then, why wouldn’t they now? Truth is, like all good art, lots of games considered to be classics were in their own right reinterpretations of other works. Musicians sample each others riffs and sounds, bakers and chefs re-image or spin classic recipes, and works of art inspire entire movements. Makes you wonder whether creation isn’t as individual as we all thought. From the moment we all saw Mortal Kombat in the arcades – gasping at the “Street Fighter clone” – we all knew the game. One way to be successful is to take an existing product and improve it. Don’t believe me? Ask id software – the godfather of all first person shooters.  None of you whippersnappers would have your Call of Duty‘s and Battlefield‘s without those guys. Now get off my lawn. Seriously though, get off.

In fact, most of this talk raises even bigger questions about whether or not simply changing aesthetics and copying the underlying structure of games is stealing. The issue lies with the complexity of the question. We have no structure or guidelines for when an idea or concept becomes a property. Part of the reason for the debate is the aforementioned Zynga whose claim to fame is repackaging software. With the speed the mobile market is growing and the simplistic nature of its games, it’s very easy for clones to appear and be successful.

The truth of the matter is that Starbound is the result of the popularity of an new type of genre. The Terraria developers should be proud that they have influenced what will almost definitely be a swarm of copycats in the near future. We’re all looking forward to Minearia and Craftlvania. Besides, aren’t we all forgetting where Terraria came from? cough-Minecraft–cough