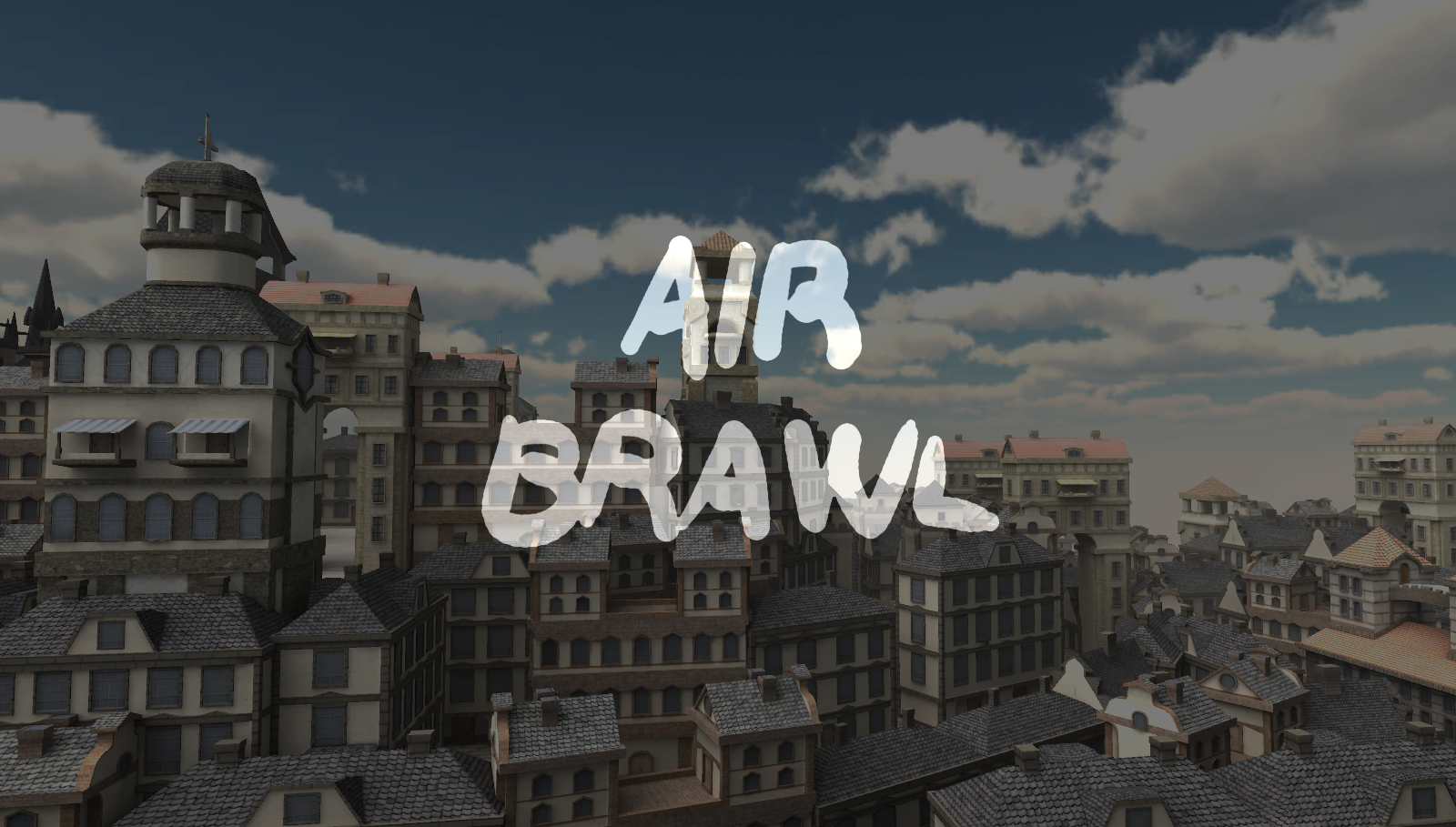 I first saw it in gif form whilst perusing the r/indiegaming subreddit, but realized I saw this one more than most. As opposed to many one-shot posts about a Kickstarter campaign or the occasional image, this game returned consistently with updates showing off new mechanics, graphical improvements, weapons, and planes—quickly becoming something I was totally excited for.

Air Brawl is billed as a sort of hybrid flight combat and racing game. The game is specifically engineered to have very tight and responsive controls for its planes, resulting in way more daredevil-class maneuvers to achieve your goals or stay flying. The game is still very early stages—a Kickstarter is planned for a later date, but the game truly demands your attention now.

Not much is known on the setting, the game’s focus appears to be elsewhere currently, but I have discerned the name of what appears to be the only available map at the moment, “Prague 2050”, and a few of the plane models from the more recent videos I was able to dig up certainly look sufficiently futuristic, though several of the plane models recall classic single-propeller models of old, as well. It’s clear that the hitherto unnamed developer has their sights set on the right stuff: a fast-paced dogfighter with intense control response.

The map is filled to bursting with nooks and crannies just begging to be explored. While it may be tempting to retreat to the relatively collision-safe skies, you’ll be totally exposed to enemy fire up there, practically necessitating dives down into winding streets, blasting through tunnels, qaueezing between towers, threading through tight alleys, and even using vertical movement up bell towers to confuse your enemies and reach a superior position.

You’ll be able to customize your plane’s loadout with a variety of primary and secondary weapons in order to suit your play style. Like getting up close and personal with your enemies? Use a shotgun and a net launcher in case one gets behind you. Playing the distance game? A gatling gun and heat-seeking missiles should do. Of particular interest is a Dreadnought-style artillery cruiser Death Beam, sticky grenades that can attach to walls in tight spaces to obliterate pursuers, the newly announced batapult (which does exactly what it sounds like it does) and flak cannon, as well.

The game has a kooky, somewhat cartoony look to it that seems to suit the feel quite well. While some plane models appear to fill rather standard roles (one model appears to be named the “Sniper”), others are more dramatic and unusual, like the “Witch Doctor” which has weapons like blow darts, the aforementioned batapult, or something called the “Soul Harvester”.

While the game is slated loosely for a release in Q2 of 2015, it doesn’t mean you can’t take part in its development sooner than that. As a matter of fact, you can get involved incredibly soon, as the game’s third playtest begins tomorrow, and we’ve managed to secure our readers slots to give the game a try, provide feedback, and satisfy that air superiority itch I’m sure you’re all feeling.

It’s quite simple, really. Starting at 18:00 GMT +1 (That’s 10 AM PDT) you can visit this link for Windows, or this one for the Mac version of the game. Don’t try to go early, the links will be dead until the requisite time. Download the files, follow some simple instructions, and you’ll be taking to the skies before you know it! I’m not completely certain on how linking up with other players is going to work, but once we figure it out, be sure to let us know when you’re playing, and maybe you can get into a game with us!

If you want to check out a few more tidbits (there’s not really a lot that we weren’t able to get up here), you can check out the game’s indiedb page. Keep an eye out for news about the upcoming Kickstarter campaign, and we hope to see you in the test tomorrow!

UPDATE: The original links provided to me by the devs turned out to be incorrect, I’ve fixed them in their original locations, and will also include them here: Windows and Mac.