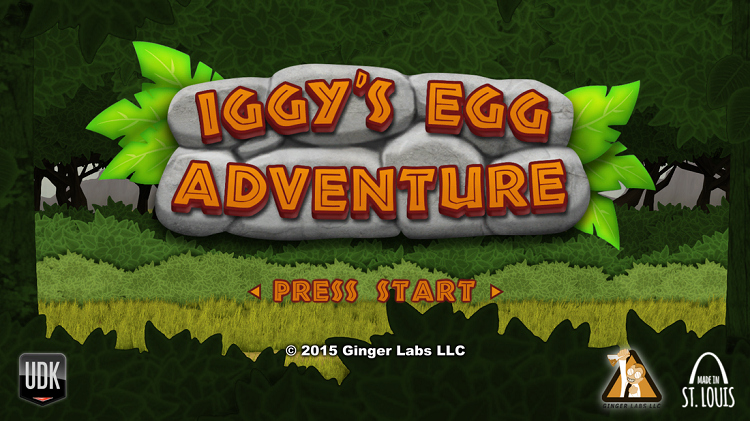 For most gamers, it’s hard to imagine just how much blood, sweat, and tears go into the games that we all adore. The last decade has seen a serious improvement in game creation software, making it much easier for the novice game designer to get their feet wet. But it’s important to note that this “ease of use” hasn’t eliminated the massive list of components required to piece together an enjoyable title. Some game engines allow you to simply “drag and drop”  game elements as you see fit. This really cuts down on the time it takes to piece together a release,  but there are still so many things that must be done. Each level and character you see on screen is a custom creation, complete with its own animations and intricacies. It can take months with a large team to create all of the art required just to produce a simple two-dimensional game. Once that’s done, code must be created so that all of the objects interact correctly with one another. You also have to nail down musical elements and sound effects, as well as overall design aesthetics. A game, no matter how Indie, isn’t something that can just be hastily tossed together.

The length of time that a game takes to create is directly related to the size of the team creating it, as well as their skill levels. Because of this, many companies hire outside help. Unless you have fifty game designer friends sitting around with nothing to do, a majority of the work will need to be outsourced to speed up the development process. The downside is that this can cost a pretty penny, and most startup companies don’t have that kind of capital. This forces a lot of Indie studios to turn to Kickstarter to raise funds, or to seek out private investors. 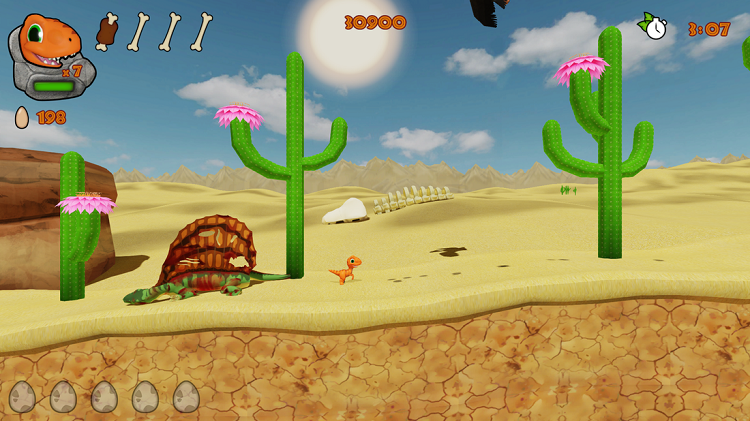 As vast as the visual entertainment sector is, we usually only get to see and hear about its successes. In the modern age of gaming, there are new companies and prospects popping up every day. Unfortunately, some of these potential projects never see the light of day. A lack of funds, catastrophe within the company, or simply a lack of interest, can kill a game instantaneously. This was almost the fate for Iggy’s Egg Adventure, a simple 2D platformer from Ginger Labs. In 2014, a battered development team found themselves at a crossroad. Development lead Chris Buchanan was ready to throw in the towel. In a last-ditch effort to drive up interest in Iggy, the aspiring designer attended a public event at a local science center and allowed the general public to test a demo of the title for themselves. It was there that the team witnessed a young individual enjoying the game and interacting with character. This sudden display of adoration helped to light a new creative fire within the team, allowing them to band together with the sole focus on finishing and releasing Iggy’s Egg Adventure.

Up to that point, Iggy’s Egg Adventure had already seen a multitude of setbacks. The team pushed tirelessly to release an alpha demo, insisting that it would help them gain the notoriety and funding needed to complete their vision. Kickstarter proved fruitless, partially due to a hasty alpha that may not have shown the true entertainment value for the release. This led Ginger Labs to seek investors for the project, and although they thought they’d found the answer to their issues, the proposed investor backed out. To make matters worse, they also lost their music creator. The composer took the rights to all of the music when they left, causing a huge dilemma for the team, which now had no sound for their fledgling project. All hope seemed lost for the team, but Ginger Labs refused to give in. After much help from their friends, family, and a musical composer by the name of Fat Bard, they were able to scrape together the necessary funding needed to finally complete Iggy’s Egg Adventure. 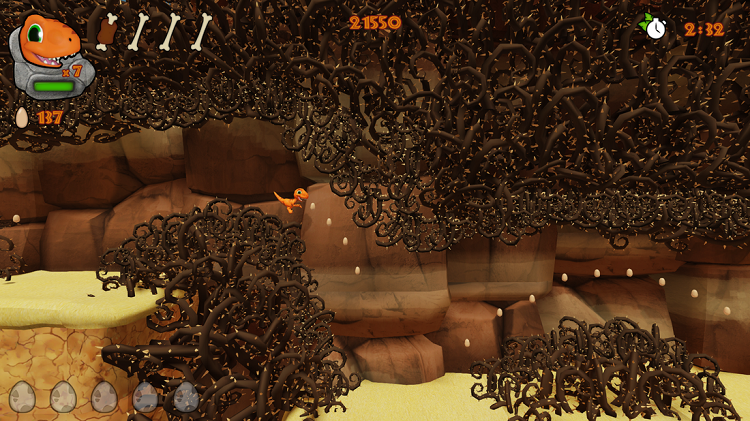 The release is definitely above average when it comes to platformers. The art styling is a mixture of three-dimensional elements set against a two-dimensional backdrop. Although it may seem simplistic in design, Iggy’s Egg Adventure features an array of pleasing visuals. The character design for Iggy himself is cuteness mixed with heavy undertones of vicious instinct. The dino seems minuscule compared to his towering enemies, but that won’t stop him from clawing and thrashing his way past these giants on his quest to find his mother. Speed is Iggy’s best friend, and within no time you’ll find yourself bouncing, bounding, and cutting through a series of baddies and obstacles. Don’t expect Iggy’s Egg Adventure to hold your hand, though. The game features a steep spike in difficulty, and it will test your platforming skills as you progress.

The title features eighteen different prehistoric-themed levels across six different zone types. You’ll find yourself clawing through jagged Arctic mountains,  jungles filled with foliage, and dusty golden plains. Along the way you’ll face some fairly ferocious bosses and uncover special secrets. These secrets can help you gain new costumes for Iggy, or unlock entirely new characters. There is actually quite a bit to do in this release, and it even offers a special time attack mode that has you racing through each level as quickly as possible.

Iggy’s Egg Adventure is a rather well done platformer, featuring tight controls, challenging levels, a lot of unlocks, solid gameplay, and a very nice art style. You can grab the game right now on Steam for $9.99, and if you’re interested in receiving more information regarding the title, be sure to check out the dedicated website here. What makes Iggy’s Egg Adventure such a special release isn’t necessarily the title itself, but rather, the backstory that led to its creation. It just goes to show you that no matter what obstacles may stand in your way, desire and passion can see you through. Hopefully other aspiring developers will look at Ginger Labs’ struggles and find inspiration.