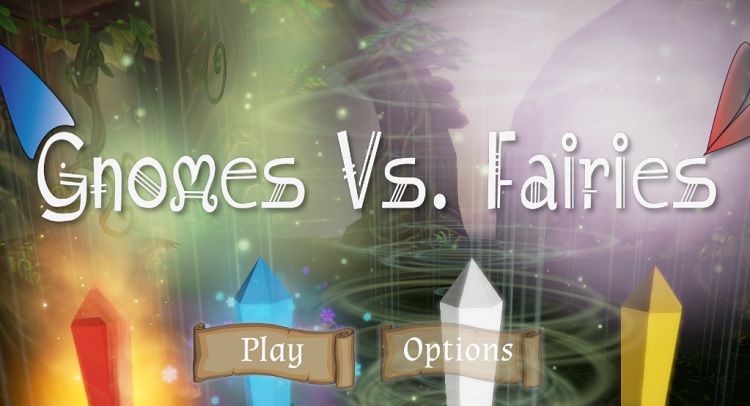 ‘Gnomes Vs. Fairies!’ is a Whimsical 3D Indie Platformer

The beauty of the indie game is that is allows developers and aspiring artists from all walks of life to emerge without prejudice, to to release their works unto the market. We’ve seen a lot of recent Indie releases, that seemingly materialized from thin air. Games like Dust: An Elysian Tail, Spelunky, and Minecraft, were all product of solo persistence, and with more and more development kits and game engines moving to a free-to-create royalty-based platform, it’s even easier to gather the tools needed to craft a functional and entertaining game. Pair all this with Steam’s Greenlight program, and practically any individual with enough determination can bring their own game to life without amassing a bunch of funding or hiring a large team. Such is the case with Gnomes Vs. Fairies!, an upcoming 3D action-platforming title from Prismic Games.

Upon first glance, Gnomes Vs. Fairies! may seem like a title we’ve all experienced before. Regardless of the graphical and style implications, this title is a throwback to the Super Mario 64 era, taking a few pages from the legendary title’s book. From the way that your character moves, to the camera angles, and right down to that iconic “wheel of cheese” health-bar, the influences for Prismic Games’ Indie creation are seemingly deep rooted in the classical 3D platforming generation. This is actual a very welcome structure, especially for those of us who are craving a platforming title that oozes a retro style and gameplay aesthetic. But just because Gnomes Vs. Fairies! is a influenced throwback, doesn’t mean the release lacks its own identity and visual flair. 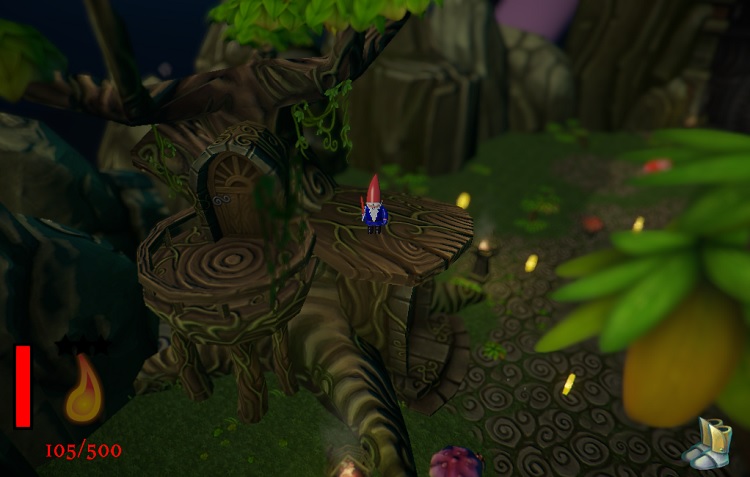 On the outside, the graphics appear a bit dated, and from the first time you enter the world of Gnomes Vs. Fairies! you’re overcome with a sudden sense of graphical nostalgia. But after first impressions sink in, you’ll see an interesting fantasy world, filled with a solid amount of textural prowess. Prismic Games has done a great job of blending what many would consider “dated” graphical elements with detailed textures. The end result is a release that inspires a retro feeling, but manages to craft a storybook environment that invokes a very whimsical feeling. In few words, the visual experience of Gnomes Vs. Fairies! can be described as a completely remastered, HD version of a Nintendo 64 game, where textures were updated in an attempt to bring the title into the new age. It’s quite charming, and it fits the theme of the game rather well.

The gameplay is very simplistic in design, but offers up enough variety to make things interesting as you progress through the storyline. You play as a gnome, which you name yourself, and are armed with a trusty short sword. This magical blade will help you slice through hoards of enemies, and can be imbued with special magics, like ice and fire, to help you progress over obstacles. You’ll have to find special crystals to switch between magic types, and certain elements are needed to gain access to areas scattered throughout the game. For example, the fire infusion will allow your blade to melt massive ice walls, while the ice infusion will let you snuff out flame walls that stretch high into the sky. Gates will also block your progress, forcing you to enter combat against a crew of grisly looking creatures, and slay them in order to obtain a key.

The platforming aspect is pretty loose. You jump rather high to start, and you can obtain special boots to leap even higher. The “platforming puzzles” that you’ll come across are really straight forward, requiring you to simply jump gaps or scale “man-made mountains” by hopping up a variety of rocks. Unfortunately, this aspect is made much harder by the fairly slow and clunky camera. You have no control over the camera itself, and while it attempts to follow you closely by always snapping behind you, it is rather unresponsive. This will cause you to stop and wait for the camera to catch up, especially when attempting to make some of the trickier jumps. This camera angle also plagues combat, as you find yourself running in odd directions and moving seemingly to the edge of the screen before the camera can completely catch up. 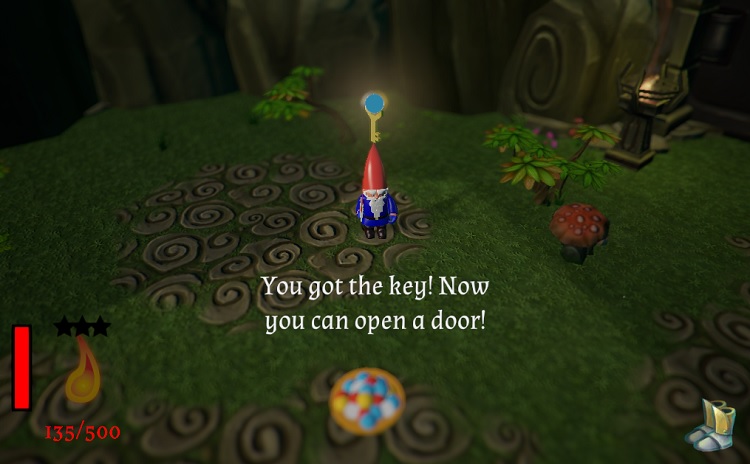 Thankfully, the combat system will lock on the nearest enemy, leaving you free to hack and slash away without worry of fumbling around the enemy or missing. However, the current combat system comes as both a blessing and a curse. The lock-on system will snap to whatever enemy you engage first, and doesn’t leave you much room to strategize as you face groups of mobs. It’s also incredibly difficult to dodge enemy attacks, and without a way to roll or move away from enemies swinging at you, it can be rather frustrating at times. There are a variety of enemy variations, but they all seem to perform the same types of attacks and patterns. Keep in mind that this combat system is currently in its beta form, and I’m sure Prismic Games has a lot of fine tuning and upgrading to do before the game’s eventual release.

Gnomes Vs. Fairies! has a lot of promise, and could be a great throwback 3D platforming game. The camera angles and combat system are something that can be easily remedied, and I am hopeful that the developer can a solid system locked down. The music, which is pretty fantastic in my opinion, and the art styling are all well done in their current state. If you’re interested in getting more info regarding this release be sure to follow the developer’s website here. The title is also available to vote for a Steam Greenlight, so be sure to give it a thumbs up if you want to see it released to the Steam platform in the near future.