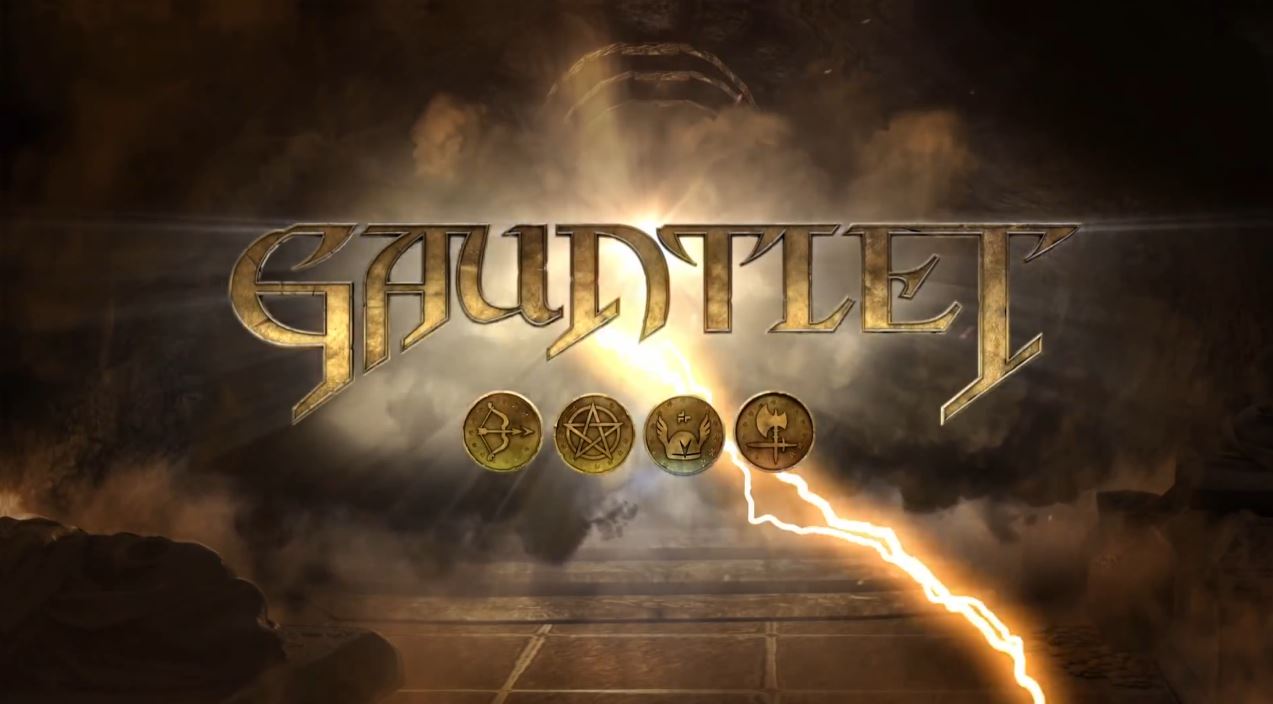 The Gauntlet series is one of gaming’s oldest and most fun co-op dungeon crawlers ever, I don’t think many people are going to deny that. Gauntlet Dark Legacy is one of my personal favorites that I have many fond memories of. In 2005 we got to take another adventure into Gauntlet with Gauntlet: Seven Sorrows, but it just didn’t feel the same. This year we got a look at the future of the series.

Starting with the familiar we saw some pretty recognizable characters/classes; the warrior, the valkyrie, the wizard, and the elf. They look a little different and they sport some new gear but overall they’re very recognizable. We also spot monsters and monster spawners pretty quickly too as players hack and slash their way through hordes of enemies and trash their generator. Players are seen shooting off their special attacks as they carve massive swaths through enemy ranks. 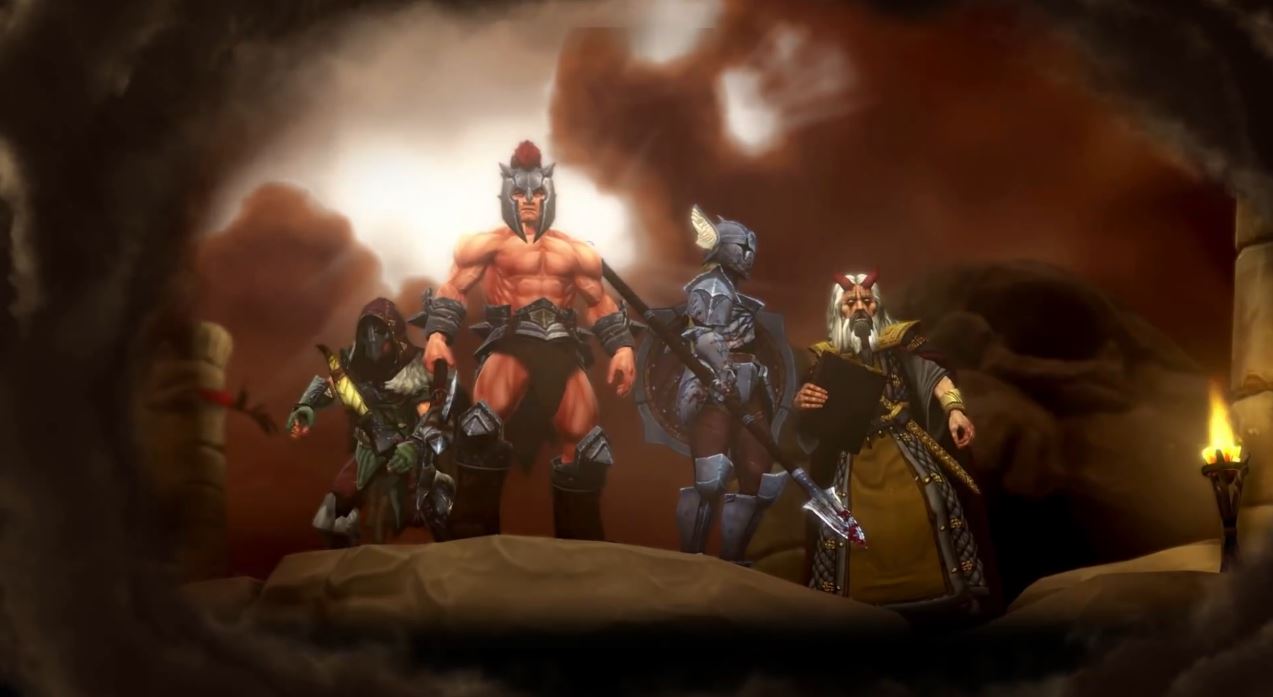 What’s unfamiliar is the Gear/Relic system that seems to allow players to customize, improve, and change their characters to have unique and different abilities and powers. Longtime Gauntlet fans are no strangers to special attacks, potions and items but this seems to be a whole new way to change a player’s equipment. Giant tornadoes, increases in speed, and elemental effects are just a few among the variety of powered up abilities on display.

Like old Gauntlet games the top down view returns, but this time the game shares elements of its visuals with similar games. While it definitely seems to capture that gauntlet feeling it also looks somewhat similar and reminiscent of other titles like Diablo III and Torchlight. Not that it’s a bad thing, but it gives you a pretty good idea of what you’re in for. 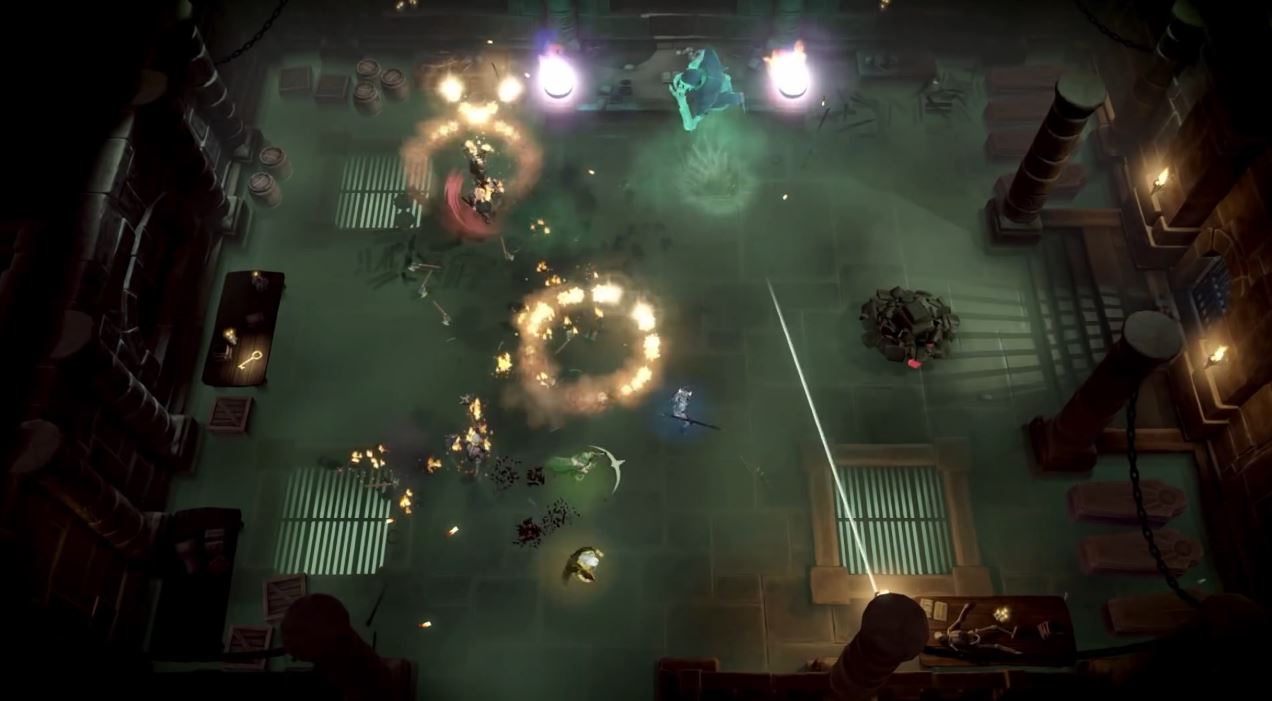 While we have only gotten a short glimpse into this new title the Gauntlet feel is definitely there—the feeling of purpose and the satisfaction of exploration alongside teamwork and combat. The series seems to a have pulled back a bit from the direction it took with Seven Sorrows and honestly, it looks as though it’s connected more to its roots because of it.

At its heart, Gauntlet is a multiplayer co-op game that is at its best when you have friends running through it with you. Tearing through a dungeon, finding loot, and taking out tons of enemies with intense specials alongside your friends is this game’s bread and butter.

The new Gauntlet title, simply title Gauntlet (for now at least) will be releasing this September 3rd on PC. It will feature both online and local co-op for the classic 4-player Gauntlet atmosphere. If you’re looking for something to scratch that hack and slash co-op itch then it looks like Gauntlet has got you covered.