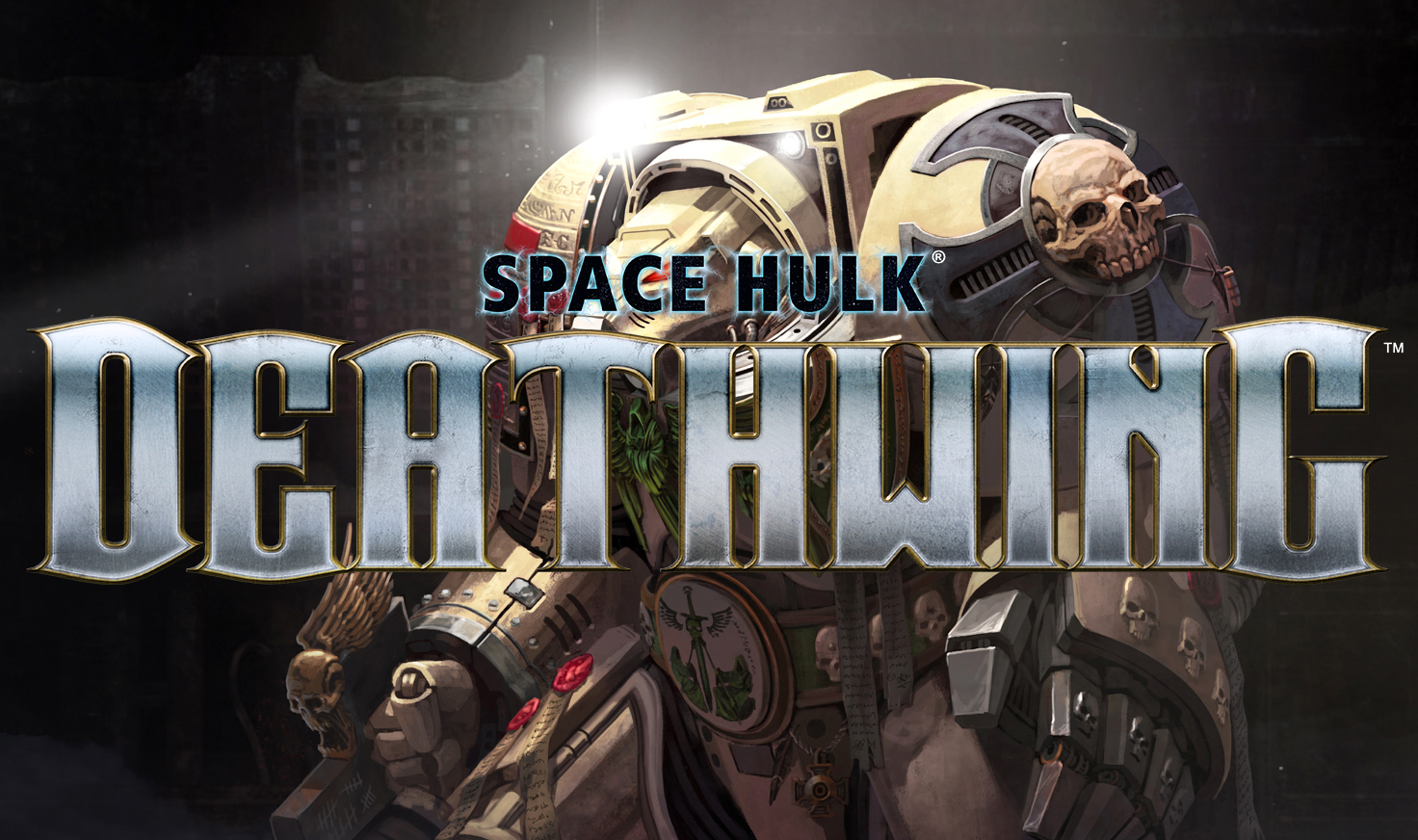 In the grim darkness of the 41st millennium, there is no forgiveness, pity, or remorse—only war.

Space Hulk: Deathwing is one of countless stories in the Warhammer universe where super soldiers in the far future face off against a nightmarish foe. 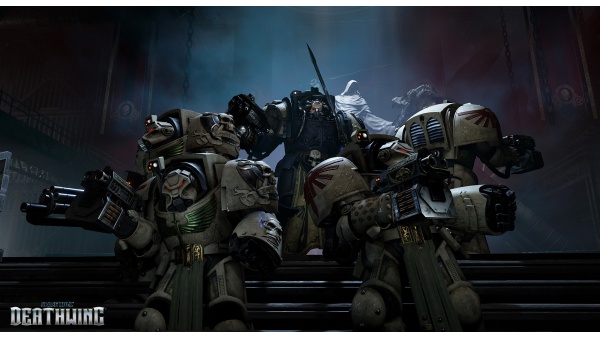 To those unfamiliar with the venerable Warhammer: 40k series by Games Workshop, mankind has imperialized the far reaches of the galaxy and is in a constant struggle to survive in an age where aliens and traitors threaten to incite total anarchy. With highly advanced technology, humanity created the Space Marines (also known as Adeptus Astartes): genetically-enhanced super soldiers that devote their lives to destroying the enemies of man. Organized into thousand-man “chapters”, there are only so many of them available to protect the entire galactic front from harm. As a result, the hyper-elite shock troops are invariably outnumbered and are forced to rely on zeal and their skill to defeat their enemies.

In this universe, thousands of years’ worth of ancient technologies float in space as massive shipwrecks called Space Hulks. With the Imperium being more than 10,000 years old and stagnating, the general populace has forgotten how much of the old tech functions and developed a religious reverence towards any artifacts that are found. Space Hulk: Deathwing pits a fire team of Space Marines from the Dark Angels chapter to explore a recently discovered Space Hulk in order to recover any salvageable technology and kill anything inhuman that has made its residence in the wreck.

Unfortunately for the Space Marines, the Space Hulk in-question is the residence of a species of predatory Tyranids: extragalactic super-predators so dangerous that it is implied in the Warhammer: 40k lore that they will eventually consume all life in the Milky Way galaxy. Despite their cybernetic enhancements and weaponry, the Space Marines have to fight a desperate struggle in a maze of hallways and catwalks that will most likely end in the deaths of every member. 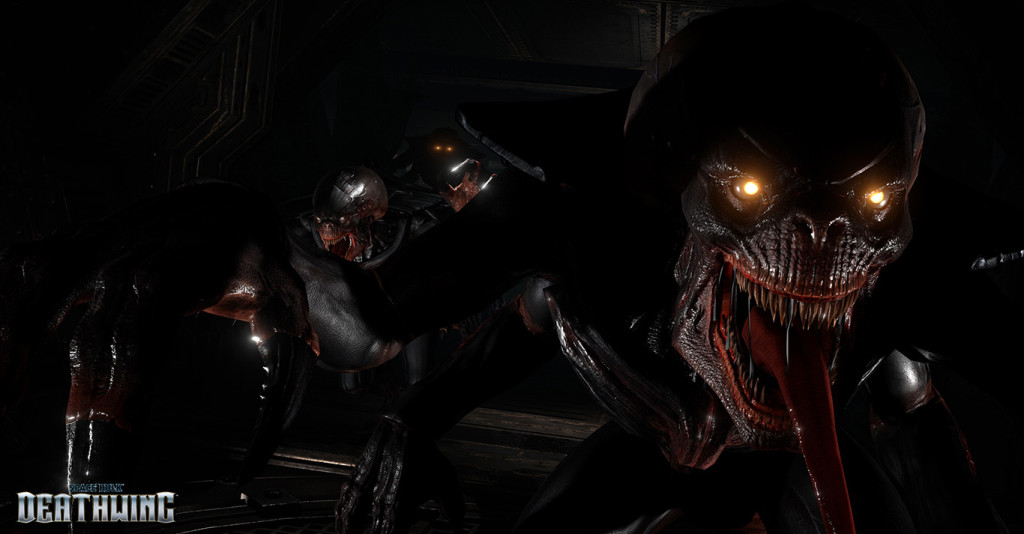 Originating as a board game and card game in the 1990’s, Space Hulk: Deathwing reboots this classic space horror scenario as a 1st-person shooter developed by Streum On Studio, using the Unreal 4 engine. It is scheduled to release sometime next year in early 2015.

To our frustration, Games Workshop sticks to their modus operandi of secrecy in details pertaining to details about gameplay. The UK-based company is notorious among the table-top gaming community for revealing short teasers and relying on their brand name to serve as a de facto sign of quality. However, history has shown that the gaming company shouldn’t rest on its laurels: the Warhammer: 40k series of games have a spotty history.

As a fan of the Warhammer: 40k universe, I am going to remain hopeful that Space Hulk: Deathwing will be comparable in quality to great past titles Dawn of War: Black Crusade and Space Marine. Without more information, we can only speculate as the what gameplay features will be included until much later in the year.