If you had the power to choose the course of humanity’s evolution, what choices would you make?

The legendary 4X  Civlization series asks this to their players in the latest title Civilization: Beyond Earth, coming out October 14th, 2014 on Windows, Linux, and OS X. Set in the final days of Earth’s ability to sustain modern society, the nations of the world have resorted to extra-planetary exploration and colonization in order to survive. Developers remain enigmatic over what exactly tipped the scale towards the planet’s irrecoverable decline; they simply call it “the Great Mistake”. Whatever the cause, the point is clear: Earth is done for and it’s time to colonize the final frontier. 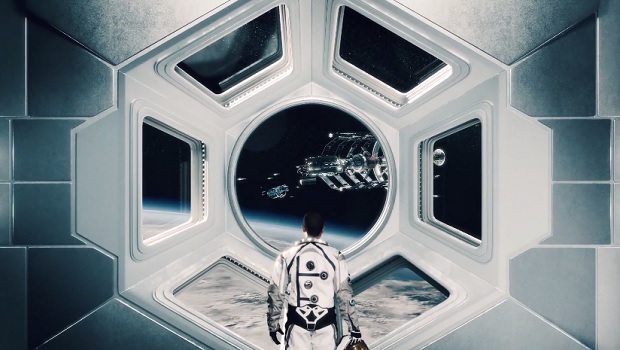 Assuming the lead of one such colony group, the players are again responsible for the future prosperity of their fledgling nations on an alien frontier that hosts a variety of new challenges and opportunities. While the core gameplay remains the same: balancing farming, production, research, and expansion, Civilization: Beyond Earth introduces  new factions, a new tech tree, an alien environment, quests, colony virtues, and unique win conditions that will intrigue newcomers and veterans alike to the series.

Gameplay begins with three choices: a faction, colonist type, and starting equipment. The combination of these choices provide passive bonuses to your civilization, such as production, faith, or research. With eight factions to choose from like the American Reclamation Corporation, five types of colonists, and three types of starting technology, players have 120 possible starting combinations that can radically change their overall strategy. 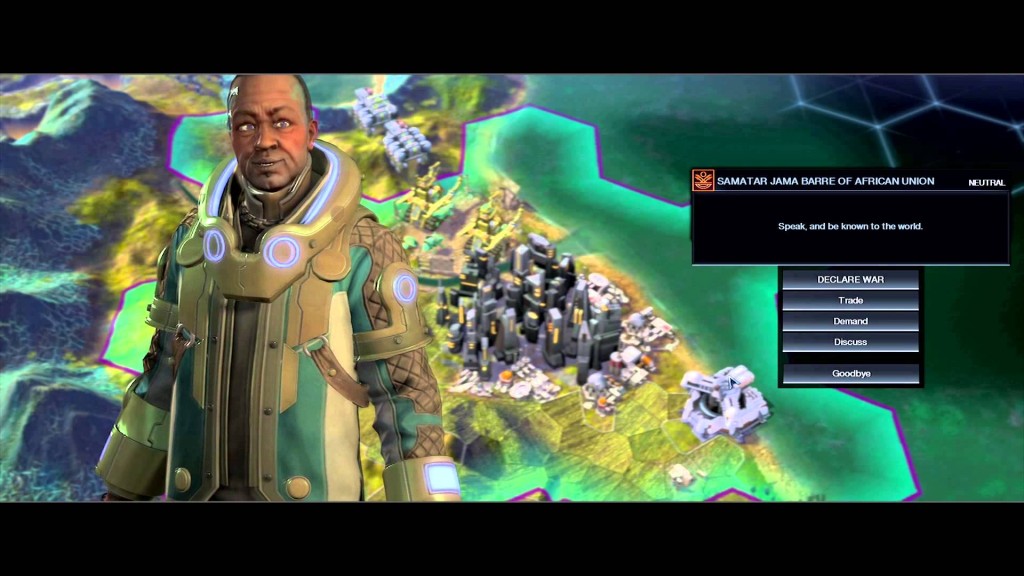 The technological advances that are available for players to develop depend on one of three philosophical approaches, called Affinities, that are chosen at the beginning of play: Harmony, Supremacy, and Purity. Attained once a certain threshold on relevant innovations are made, each affinity specializes in a specific play-style that affects not only function, but the aesthetic of your nation as well. Affinities also grant access to unique units and upgrades such as the Purity hovering mobile-fortress and Harmony technology that allows units to be healed in hexes of miasma rather than be damaged.

The Harmony affinity emphasizes humanity’s unique ability to quickly adapt and evolve with their environment. Through genetic modification and embracing natural construction designs, Harmony colonies effectively integrate themselves with the alien planet, enabling them to ignore natural hazards such as health-sapping miasma and use hostile alien nests in conjunction with their own forces. The units and buildings reflect their organic inspiration in their aesthetics as they adopt curvelinear structures and the classic ‘alien’ blue-green color scheme.

On the opposite end of the idealogical spectrum, Purity emphasizes the preservation of humanity’s natural qualities and terraforming the new planet environment to closer resemble the idyllic landscapes of Earth. Purity’s units are big, bulky, slow, and powerful; less lateral-thinking that either of the other affinities. Relying on brute force to resolve conflicts, Purity also features innovations like hover technology, allowing players to inexorably advance on enemy installations and ignore terrain. They are the quintessential sci-fi humanity that those who have grown up watching Aliens and Halo: Combat Evolved will recognize.

The third and final affinity, Supremacy, is one that eschews humanity’s weak physical form and enhances it with advanced cybernetics and technology. Supremacy players’ colonies evolve into sleek and optimized forms that vaguely resemble what humanity looked like at the start of the game. Through dense groups of units that enhance each other through proximity bonuses, players deliver precise, crippling blows to their enemies. Their aesthetic is matte grey-blue with sharp angles that are reminiscent of Gundam and the Tau from Warhammer 40,000. 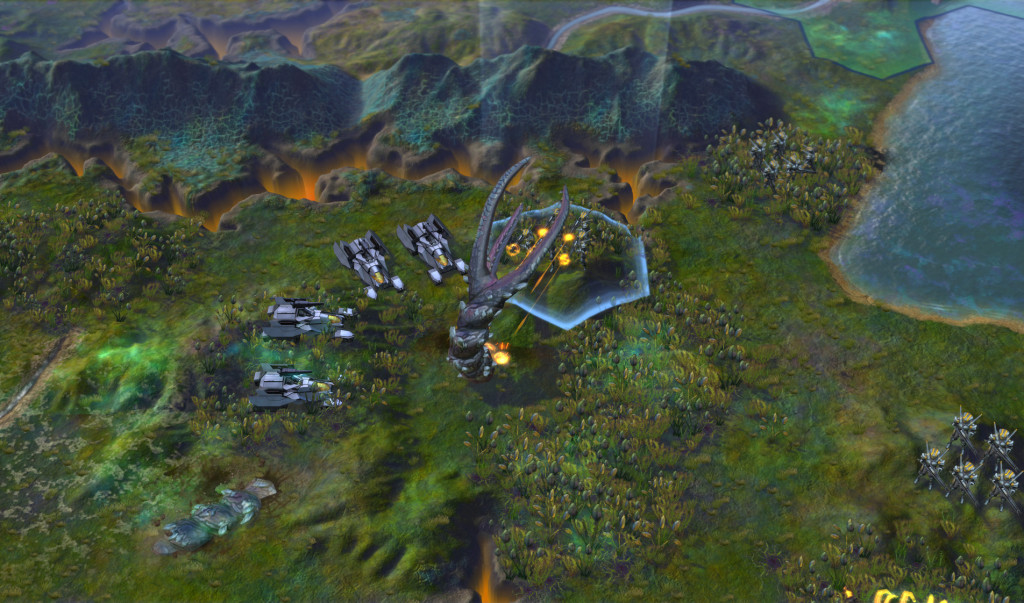