‘Fenix Rage’ Is Platforming At Its Most Refined

The platformer is probably the most ubiquitous of games in many people’s minds. 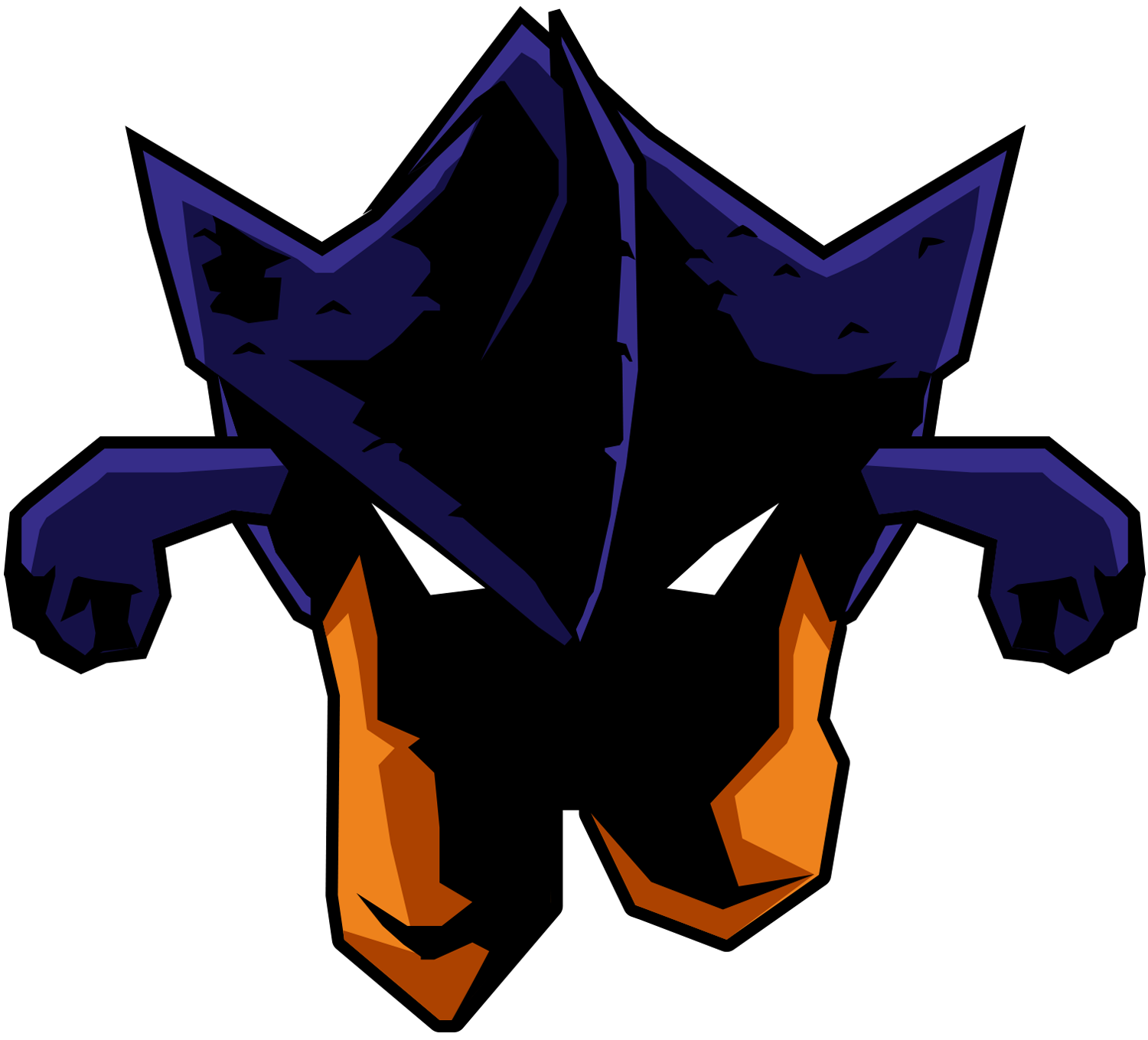 Forget all that yelling and screaming about modern kids and all the shooters they play, when you ask most people about the first games they play, it almost always ends up being some subset of the Mario Bros. series which are, at their cores, platformers. We started there. As gamers, many of us were born there.

And over the years, the genre has returned again and again, consistently having entries holding places in many people’s top lists. While many games hold platforming elements (Super Metroid, or Castlevania: Symphony of the Night), the pure platformers here are sublime experiences, ones that invite both precision and twitch reflexes. When you’re in the zone in a platformer, it shows, I think, more than in any other genre.

At the Xbox Gaming Lounge at SDCC, a small batch of kiosks in the center caught my attention. These were the frontrunners for the ID@Xbox program (like #IDARB), a series of high-quality indie games that were being self-published directly onto the Xbox One with ease. 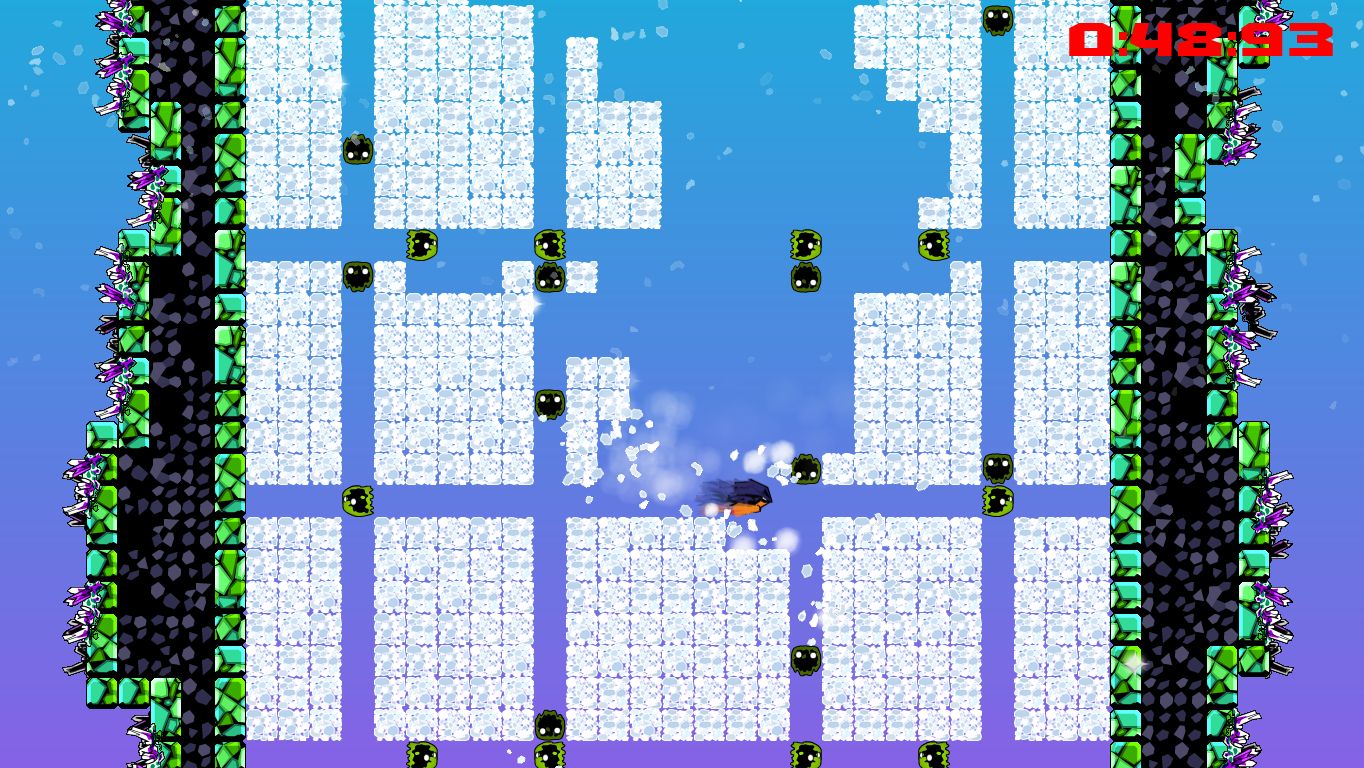 The first of these I experienced was Fenix Rage, a pure platformer coming from a team out of Costa Rica—a region not known for their role in the video game industry. Don’t let that deter you, however, the game was an absolute pleasure to play and one that I imagine will garner similar levels of admiration to one of its inspirations: Super Meat Boy.

The narrative is fairly loose, you play as Fenix, an adorable little fuzzy creature who is pursuing Oktarus—the only other survivor of an explosion that has destroyed your village. Oktarus flees from Fenix, evading him at every turn.

The concept of the game is simple. As Fenix, you traverse hundreds of levels across nine themed worlds, each with their own special threats and feel. Fundamentally, you only have a few abilities: you can move, jump, and dash. The trick here is that you can do these things infinitely within the game space. You’re not limited to a single or double jump, for instance, you can essentially fly by jumping over and over again. Similarly, your dash operates over a fairly short distance, but can be executed an unlimited number of times as fast as you can pull the trigger. 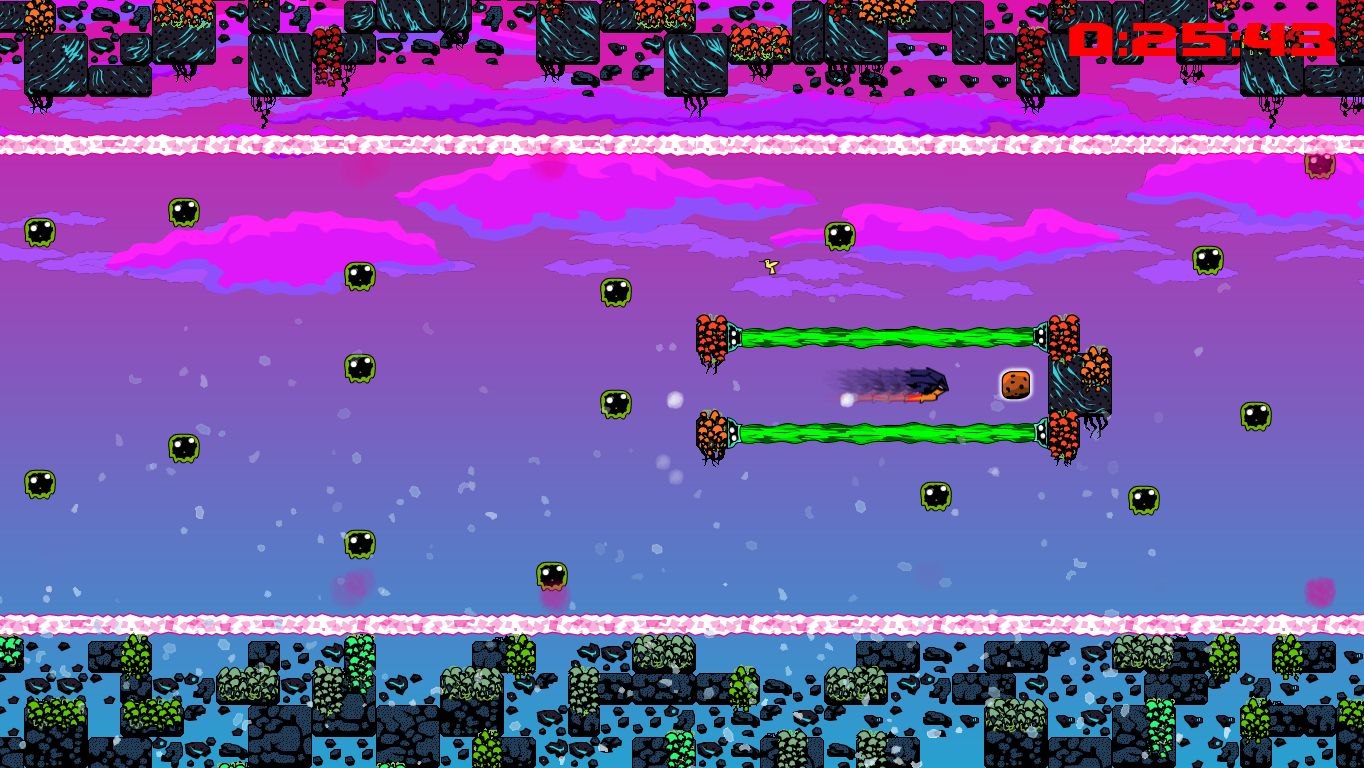 The result of this is a game that doesn’t as much focus on your movement across the landscapes, but on the character and their movement in the space. While indeed a launching point off of a cliff might be an important part of any platformer, you can imagine that the freedom afforded Fenix in this game makes every single move require the same sense of accuracy and deliberation as those leaps in other games.

You’ll use these moves to move through 2D stages and move toward a teleportation cube where Oktarus resides. There are a number of obstacles in your path: strange gateways that shoot you to matching ones across stages, slimes that disintegrate you on contact sit, bounce, and fly about, blocks that must be dashed through block your path, and even boss monsters must be dealt with in the end. Every stage also has a cookie for you to obtain, as well as a rather large timer in the corner for you speedrun freaks out there. 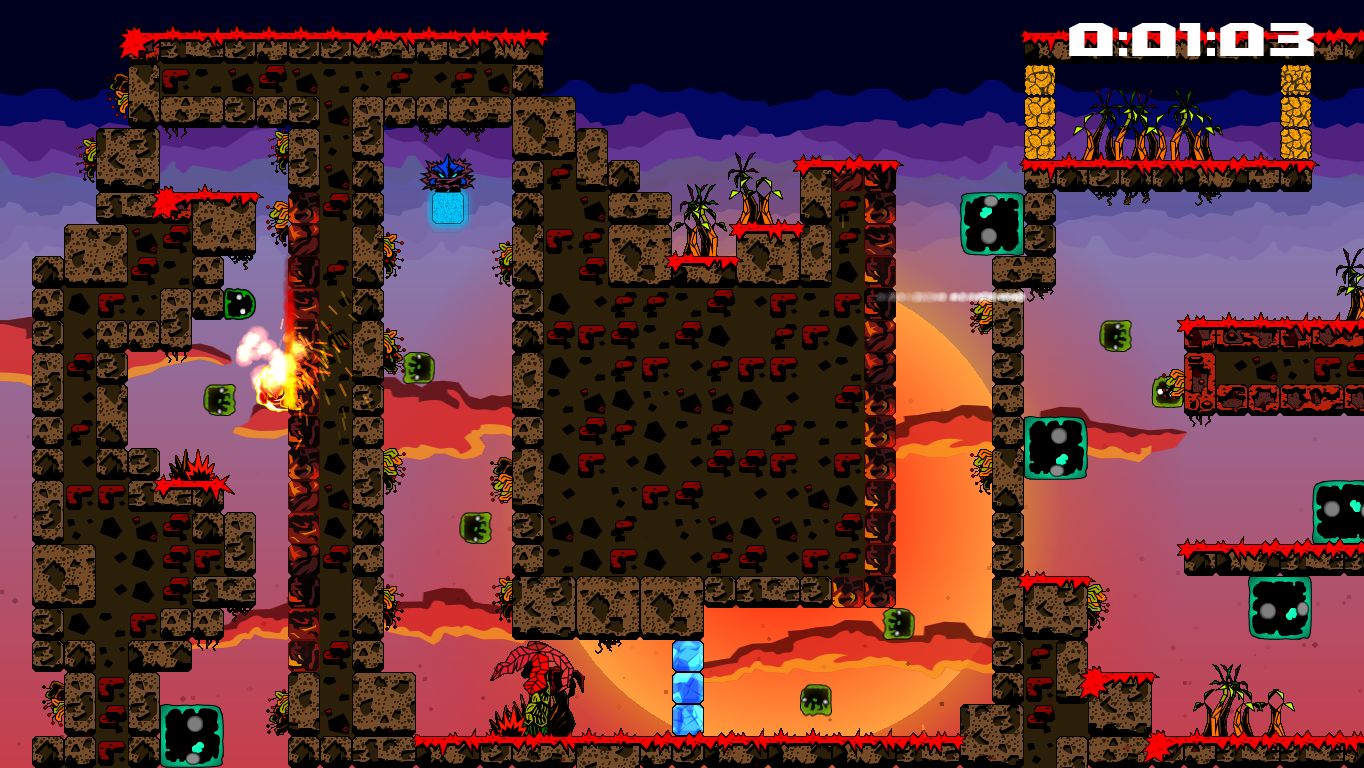 The game is silky smooth in execution. It finds a very good balance in terms of speed, loftiness, and responsivity. It’s clear that consideration went into every aspect of the game’s creation to ensure that you’ll never be challenged in a way that the designers hadn’t intended. Color palettes are clear and easy to sort through even at high speed. The functions of new elements presented to you are often clear and presented in strong context to make figuring out their core function simple. Upon death, you’re back in the action right away.

The difficulty curve is steep, but not overly so—levels grow larger overall while individual portions grow more claustrophobic and demanding. The game is almost like the Dark Souls of platforming: frustrating at times, but rarely (if ever) due to reasons that weren’t the player’s fault.