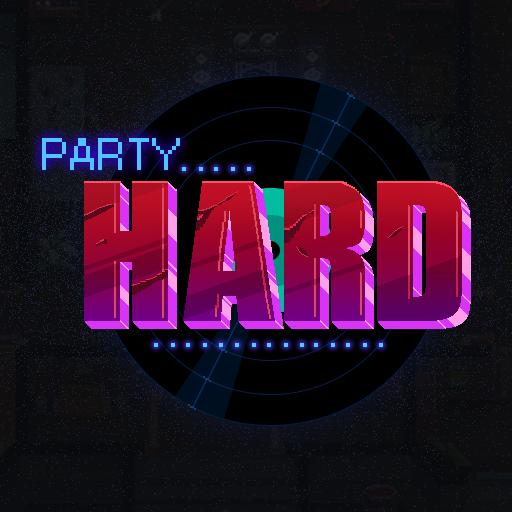 Indie developers have made a lot of waves in the modern age, by pushing the envelope and bringing us new and innovative gameplay elements. Horror, dystopia, and violence have become commonplace in the Indie scene, including series like They Bleed Pixels, Hotline Miami, and Insanity’s Blade, but each of these games walked a fine line, promoting the bloodshed as a means to solving a crisis, or as a means to eliminate individuals with truly warped morals. Pinokl Games has now jumped atop this particular genre, and is hoping to make a splash with their upcoming release, Party Hard. However, unlike most titles, developers are bringing an experience that is truly benevolent in nature, not against those who do wrongs, but against innocents.

The premise of Party Hard is to exact bloody revenge on your neighbors. You’ll take over the role of an individual who is fed up by their neighbors behavior, and plans to take take matters into their own hands, rather than filing a complaint. To say that the solution is extreme, is taking it lightly. The “protagonist” (if you can call them that) plans to sneak into the party and eliminate their neighbors via a sharp knife. The main goal is to not get caught as you carry out your sinister deeds, making sure you pay attention to guests as they make their way throughout the large home. The top-down view will give you an almost-complete view of the level, allowing you to carefully plan out your attacks and utilize opportune moments to strike. You’ll have to use your wits and skills to traverse the populated house party unseen, making this game a mixture of stealth and strategy. 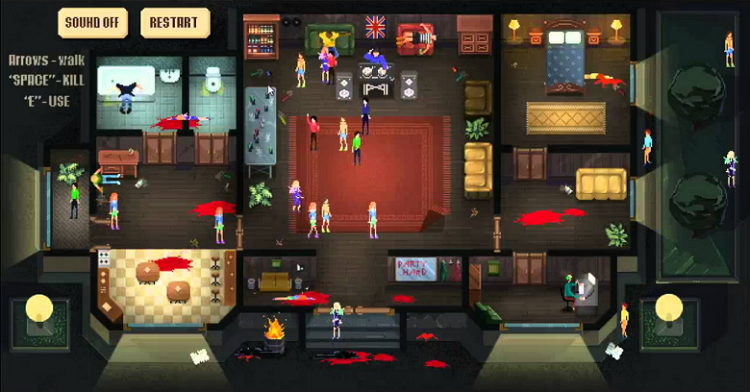 Pinokl Games notes that each of the levels will be semi-procedural, meaning they will randomly generate for each session you play. The house you infiltrate will consist of a mass of different rooms, each with their own size and layout. Much of the title will be spent watching guests move from area to area, and attacking your target when they are alone in a particular room. Some rooms receive a lot more traffic than others, so it will be important for you to decide which area has the greatest chance of success. You’ll also need to have an exit strategy planned, so you can high-tail it from the scene of the crime once all your targets are eliminated. If an NPC happens to walk in during the actual murder, or discovers a dead body, they will immediately run to a nearby phone and contact the police. This adds a layer of difficulty to the release, requiring you to not only be surgical in your execution, but also forcing you to move at a brisk pace.

Pinokl Games is no stranger to the industry, but a “mass murder” simulator is located polar opposite from the family friendly titles they normally release. It’s somewhat startling to see such a “innocent” developer create in such a dark medium, but Party Hard isn’t the only murderous title to randomly pop on scene lately. Hatred, another mass-murder simulator from Polish developer Destructive Creations, has received much hype and scrutiny lately after it received a powerful Adults Only rating. This particular rating hasn’t been used much in the past, and most games that receive the dreaded stigma usually tone down their titles to a Mature rating before they release. Adults Only causes a severe restriction on the developer, limiting the platforms which the game may be released, and narrowing down the age group dramatically. It is important to note that while Hatred has a very disturbing theme, in which you simply play as a dark individual bent on genocide, the game doesn’t appear to be as gorey or bloody as some Mature release. The difference between Party Hard and Hatred are very apparent too, as Party Hard has an incredibly bright and vibrant (almost comical) feel compared to Hatred’s dark and foreboding environments.

Party Hard is due to hit iOS, PC, and Android this Summer, with console versions to subsequently follow. It will be interesting to see if the murderous mayhem will receive the dread AO rating, or if it’s simply too farcical to warrant anything over an M rating. After all, the title does look a lot like the Hotline Miami series in terms of visuals, and that particular set of games was slapped with an M sticker. Still, the prospect of killing “innocents” may bother the ESRB and other ratings associations. If you want more info on Party Hard, be sure to check out Pinokl Games’ official website here.