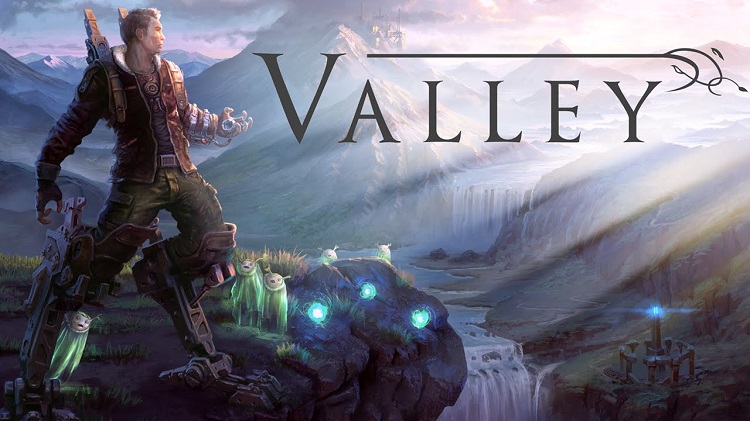 Since its major boom in the new era, the world of Indie gaming has seen some amazing success stories. Just look at the creator of Spelunky, a one-man development team whose only member crafted the game entirely on his own. The modern gaming scene has room for all types of developers from a vast array of backgrounds. We’re so fortunate to live in a time when development isn’t hindered by things like massive cash flow and expensive technologies. With the array of free game engines and development tools available to the general public, anyone at any time is free to create and market a game. It’s even more impressive when an indie developer produces a decent title and then knocks it out of the park with a subsequent release. Take developer Blue Isle Studios as one great example of this. If the name sounds familiar, it’s because the group is the creative mindset behind the cult classic horror game, Slender: The Arrival. Their horrifying first-person adventure showed up back in 2013. Fast forward three years later, and the group has a brand new IP for the gaming community.

Valley may not seem like much from the outside. A first glance makes it seem more like a fancy walking simulator than anything else. But underneath the subtle layers of peace and harmony lives a fast-paced, action-packed journey. You’ll take control of a “soldier” sent to field test a powerful new exoskeleton. The L.E.A.F. program has placed you into this impressive suit and sent you to a beautiful and mysterious landscape nestled deep within the Rocky Mountains. The area here is teeming with wildlife, gorgeous scenery, curious ruins, and tall mountain peaks. You’re tasked with exploring this expansive area and documenting your journey The art style really shines here, and Valley is one of the most beautiful experiences we’ve seen in a while. Trees stretch far into the sky, ancient ruins scatter across overgrown landscapes, while a subtle wind blows blades of grass where adorable creatures bound and forage.  These are just some of the impressive artistic elements that you will experience in Valley. The art team did a fantastic job in capturing the essences of life and nature, which play a vital role in gameplay.

The L.E.A.F suit will give you an abundance of amazing abilities to aid you in your journey. Its powerful legs allow you to leap high into the air and sprint rather quickly across land. You have rather impressive freedom of movement, and you’ll find yourself exploring areas that would be inaccessible by normal means. There are massive platforms and rocky crags to leap to. You’ll often find yourself teetering on the edge of some highly elevated areas. Make no mistakes, as one wrong step could send you plummeting to your death. This is one of the things that makes Valley such a unique and interesting experience. Death plays an important role in the environment, forcing you to pay more attention to the moves you make. In most gaming situations, a character death simply means starting over or continuing from a particular spot. Death in Valley has dire consequences. Each time you perish, you’ll have to draw energy from the area to revive. This energy is transferred and will cause a specific part of the landscape to wither away. The more you die, the worse things will get, and if you are struck down enough the landscape will morph into a shadow of its former beauty.

You’ll still maintain some control thanks to the L.E.A.F. suit. The exoskeleton gives the pilot the unique ability to give and take life. You can strike down any animal to steal its life essence, or revive a fallen creature and restore it to perfect health. The same can be done for the environment. You can sap life energy from the trees, turning them into husks, or use your suit to instantly materialize a mighty pine. Playing god might seem like its own type of adventure, but Valley has much more in store for its players. What seems like a serene journey through a changing world can quickly turn violent, as there are dangerous enemies lurking around each corner. That “walking simulator” feeling will quickly vanish when you find yourself locked in intense first-person combat. It makes it even more engrossing when you realize that losing to your enemies means losing a piece of the gorgeous scenery around you. If you want to survive, you’ll need to explore and collect energy. You’ll be able to use that energy to upgrade your L.E.A.F. suit with new abilities and strengths. It’s all about exploration. The more you discover, the stronger you’ll become.

In its current state, Valley only features a small singleplayer campaign. This has been much to the dismay of many players, who claim that the adventure runs a bit short from start to finish. It may only take you a little over two hours to complete your journey, but Valley offers up such unique gameplay and beautiful environments that it’s a must-play. The $19.99 price tag may seem a little high to some, given the lack of content, so it may benefit you to grab this release when it inevitably goes on sale. Hopefully the developers will recognize the adoration for this release and add some additional features to it down the road. A time trial, challenge modes, or additional story length would be some fantastic additions to this already engaging release.

If anything, Valley has been a fantastic step forward for Blue Isle Studios. It showcases the talent that the team possesses. We are hopeful that more projects similar to Valley will pop up in the near future. This is the type of release that sets the tone for a genre, and it wouldn’t surprise us if we saw titles pay homage to it in the near future. Perhaps developers can use this as a springboard to bring us a bigger, longer, in-depth version sometime down the road. With all of the talent contained at Blue Isle Studios it shouldn’t be hard for the group to secure funds via Kickstarter for bigger and better projects.

You can grab Valley right now on Steam, as well as the Xbox One Marketplace and the Playstation Store If you’re interested in getting more information regarding this fantastic new indie release, be sure to check out the dedicated website here. You can also get more information about Blue Isle Studios by scoping out their dedicated developer website. You can also follow the crew on Twitter, Facebook, and Youtube for any future news regarding Valley or upcoming projects. Hopefully this is the first of many beautiful and unique releases that we will see from this developer.