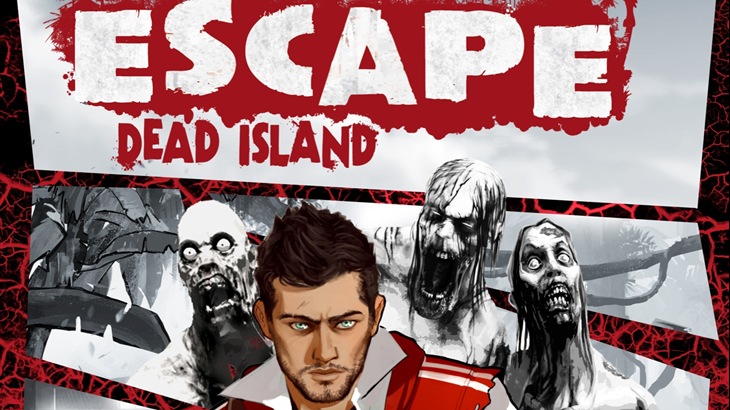 I mean the above in a good way.

Dead Island has been a surprising success over the years since its release, spawning not only a sizable extra chapter in the form of its own game, a numbered sequel in the works, and a surprisingly compelling MOBA (ahem, ZOMBA). 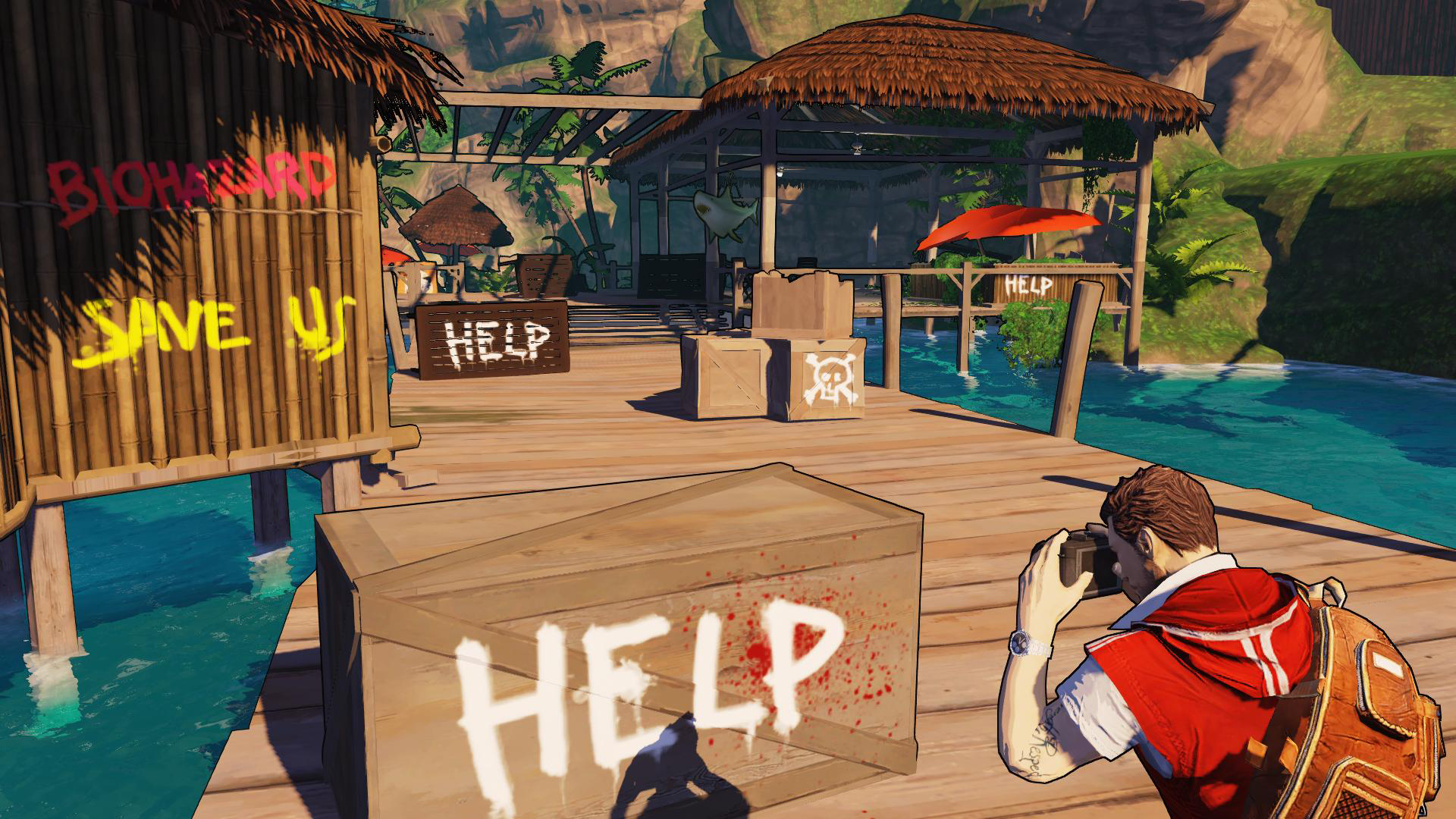 The devs over at Deep Silver aren’t content to sit on their laurels, however, capitalizing on the momentum to bring out another offshoot of the series in Escape Dead Island, a game that focuses on answering some lingering questions and dialing the outright violence back in an attempt to inject a little more character into the series.

Previous titles placed you in the shoes of a group of dramatic and—most importantly—immune characters who become a ragtag batch of zombie-killing wrecking balls wielding machetes attached to car batteries and literal fire axes. It’s the zombie apocalypse dream, the one we all (sort of) secretly hold: when the virus takes hold and mankind is doomed, you’ll be the one leading your wiry bunch of misfits to some kind of promised land with nothing but salvaged equipment and the grit in your teeth.

We all know that it’s more likely that we’d get an ankle bit in the bathroom or be unexpectedly chomped on in our sleep in what will likely be the least dignified and heroic death known to mankind. 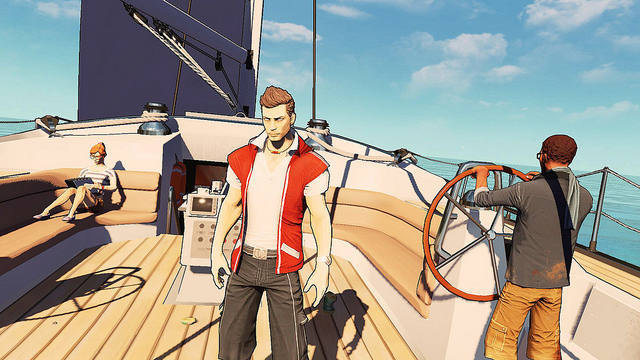 In Escape Dead Island you’re cast as Cliff, the child of a wealthy family and all-round stereotypical dudebro douche. It’s a common enough theme, but not one that so often takes the front seat this way.

After the tragedy in Banoi, Cliff decides to visit the islands in order to uncover the truths of what happened there. His motivations are less than philanthropic, of course; Cliff has been understandably pegged as the sort of do-nothing know-nothing rich kid and is out to prove to the world that he’s capable of more than the occasional taste of extreme sports.

Imagine, if you will, that this is Deep Silver’s response to the success of The Walking Dead series by Telltale (not that other Activision installment…shameful). They’re tossing out the hyperactive combat and replacing it with a much more careful approach to the characters, the narrative, and how you engage the zombies around the island.

Cliff reaches the island of Narapela, a neighboring island to Banoi, only to find that it too has been afflicted by the cannibal virus. Our demo took us through the first chance to explore after Cliff suffers from a mysterious blackout and awakes in a shipping container at an unknown location on the island. 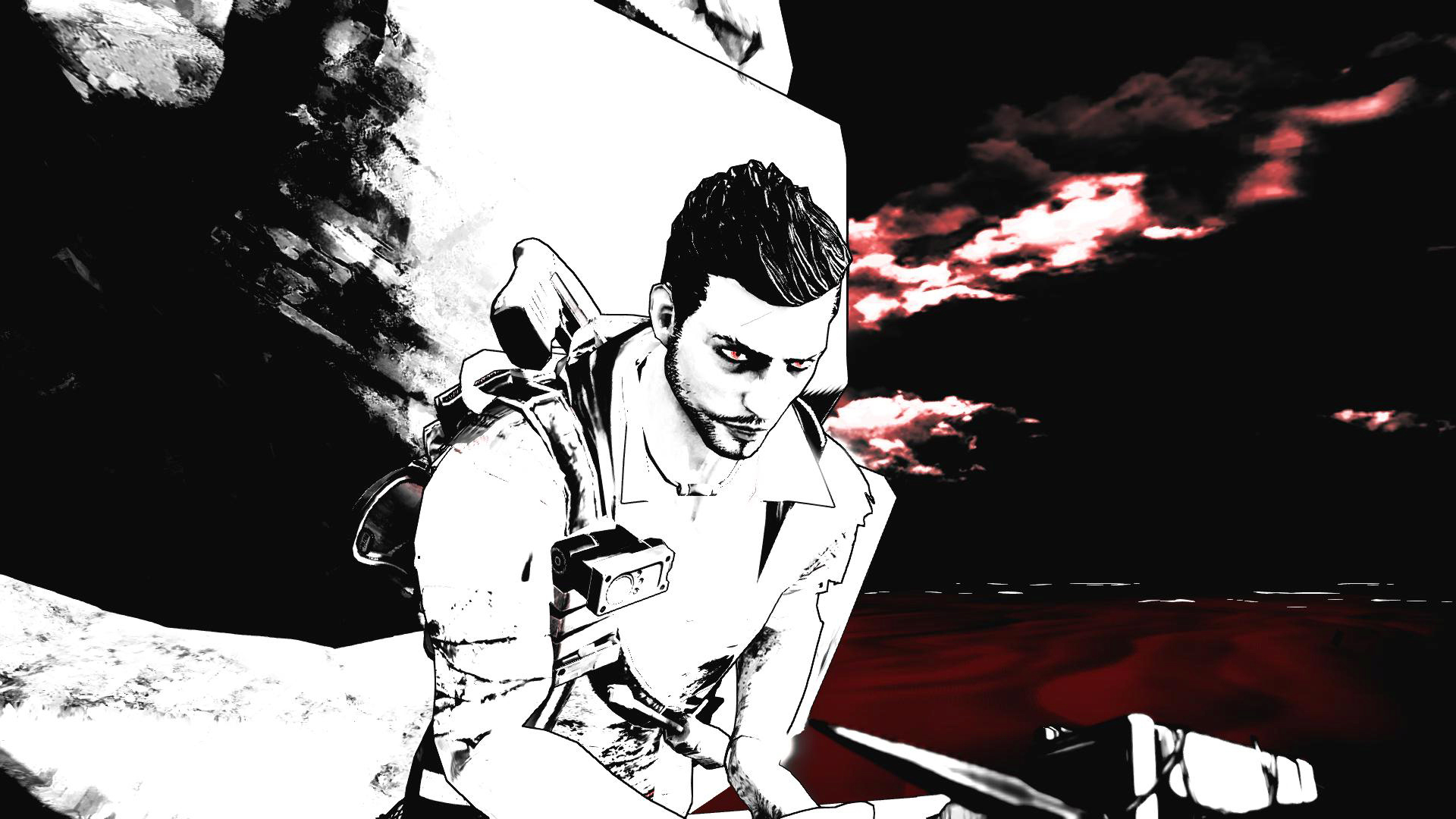 Cliff’s confusion is shaping up to be a focal point of the experience. It’s not a cut-and-dry as the last game might indicate. Things are complicated, and this is made even more true by the fact that this is Cliff’s story—and Cliff is a noted egotistical bastard. Details might be exaggerated here and there, and even Cliff sometimes isn’t sure what’s happening.

As the story moves along, the game will get more and more surreal. It’s not yet clear what exactly is the source of the confusion, but it seems as though it’s something that exists outside of Cliff’s scope of control. After all, he does occasionally black out and appear in other locations. When you’re “killed” it simply doesn’t suit the story, and Cliff appears at the previous checkpoint in the throes of a migraine-induced crisis. Explore enough of the island and be thorough, and you might be able to sort of the cause of all the strangeness as well as learn more about the characters from the previous games in the series. The devs were sure to mention that Xian Mei and her family, in particular, play a large part in the story.

Narapela is less settled than Banoi, so the focus is less on hordes of shambling masses, especially because Cliff’s lack of immunity renders every zombie as a gratuitous danger. At first, Cliff needs to rely on manipulation and stealth to get around. The zombies are highly reactive to sound, so you’ll use the environment to your advantage to move zombies around the area so you can sneak by. In case of emergency, these zombies are pretty stupid, so unlike Metal Gear Solid‘s tenacious soldiers, they also tend to forget about you once you’re able to hide yourself adequately.

The game is more than a point-and-click adventure; functioning as a third-person slow-action game with some Metroidvania characteristics. As you move through the game, you’ll acquire different ways to navigate through your environment, opening up new paths and places to explore for more information, lore, or equipment. During the demo, Cliff finds a rope that lets him rappel down cliff faces and climb certain areas he otherwise would not have been able to access. 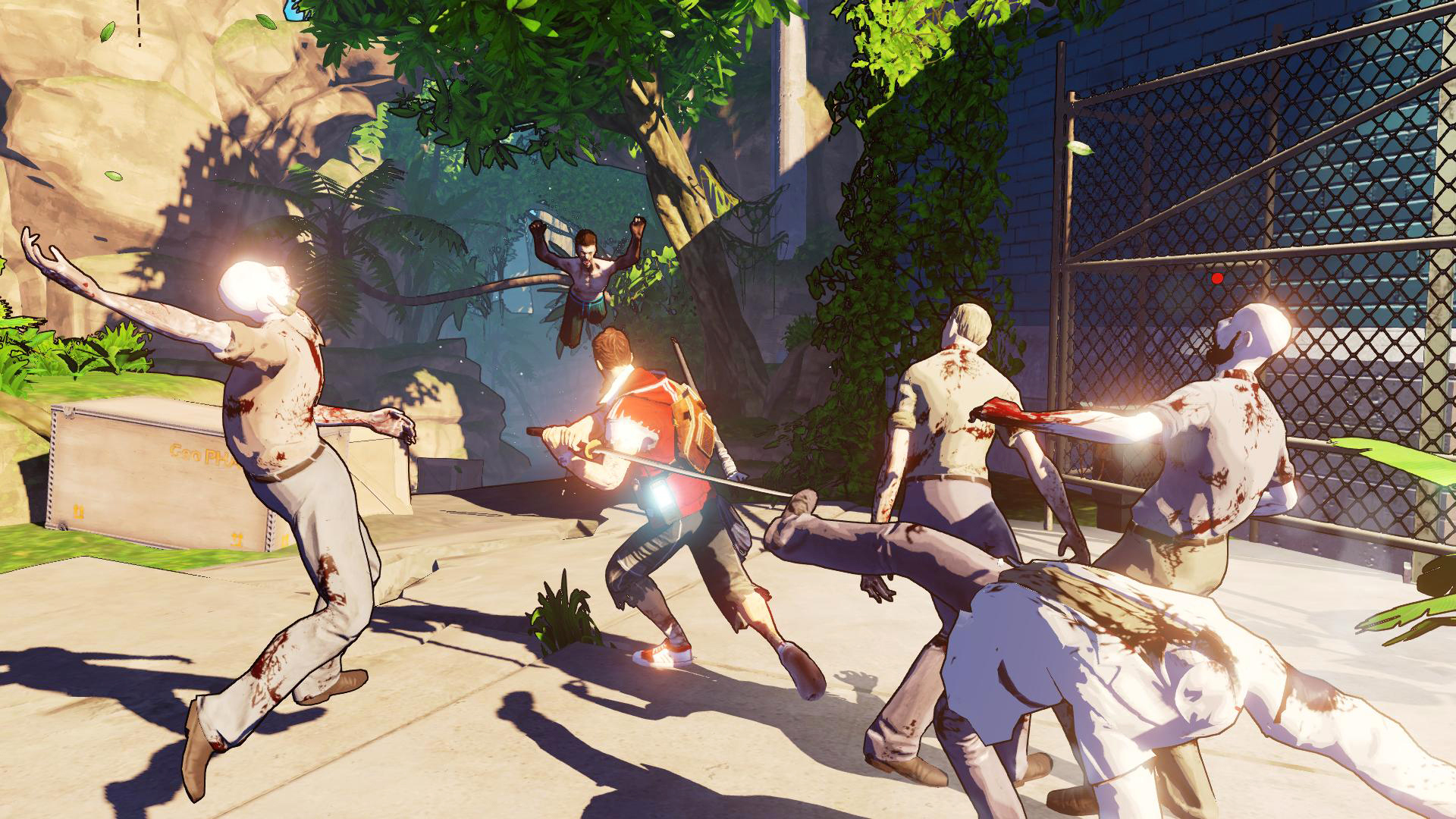 Combat can take a few forms, as well. Your first weapon is a simple screwdriver that cannot be used in direct combat, and is instead capable only of stealth kills when successfully sneaking up on a zombie. The end of the demo saw Cliff picking up a reinforced paddle that functioned as a more standard melee weapon, complete with the return of the familiar stamina bar from the other games.

Stamina still plays a part in the game on the whole, sprinting or using weapons will reduce your stamina, but you’ll never be locked out of an action due to lack of stamina, rather the effectiveness of your actions is reduced when your stamina bar is empty.

The original Dead Island tried to mostly utilize a sort of realistic visual style, which ended up at odds with the over-the-top subject matter and combat. The recent trailer for Dead Island 2 made it seem like the game might be adapting a more stylized look to suit the gameplay, but the live demo didn’t really display this at all.

Escape Dead Island, despite its larger focus on being a more down-to-earth title with more mature undertones employs a cel-shaded comic-book kind of look with heavy lines, though with less distortion than, say, Borderlands. The game even uses onomatopoeia on-screen with things like explosions and things like phones ringing. While the sort of unusual visual pairing seems like an unusual decision, and was one that concerned me with the original game, Dead Island‘s continued (relative) popularity shows that perhaps there’s more to these unusual juxtapositions than one might think. 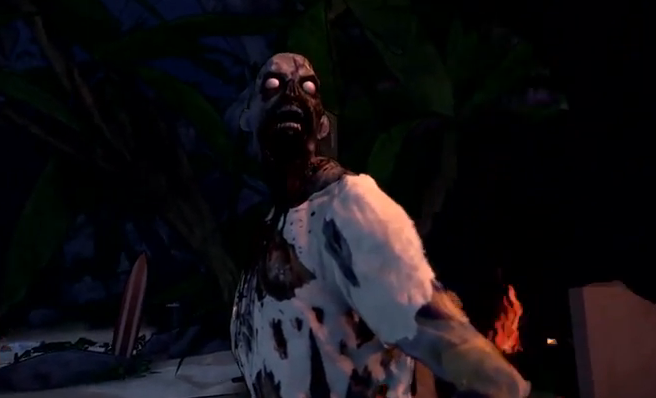 We won’t have to wait long to get a look at the softer, quieter side of Dead Island, the game is due out in fall this year for PC, Xbox 360, and PlayStation 3, so keep an eye out if you haven’t been burned out on zombies quite yet.