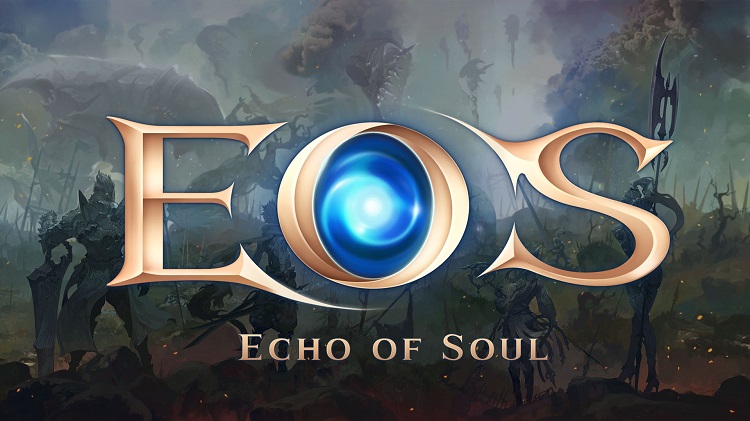 Echo of Soul: Beta Impressions – A run-of-the-mill MMO amongst a sea of upcoming releases

Ask the general gaming public about the current MMO scene and you’ll most likely get a flood of different answers. To some, the genre has become a stale affair full of titles that rehash gameplay elements and craft lackluster free-to-play models. To others, it’s still a vibrant playground filled with promising future releases and innovative ideas.

No matter what your position is, it seems that the MMO market is here to stay, at least, for now. Games still continue to crank out, especially from Korean studios. A recent release from Nvius and Aeria Games, dubbed Echo of Soul, is the latest free-to-play attempt from the recent Korean MMO boom. The game has yet to officially release but has been undergoing closed beta testing for some time now. It recently opened to the general public, and is free to download, but will endure an open beta test for a while before the finished game is ready to port. We slipped into the closed beta and spent a decent amount of time there, gathering some first-hand impressions about Echo of Soul. Unfortunately, after much quest grinding, we left with a sour taste in our mouth concerning the game. 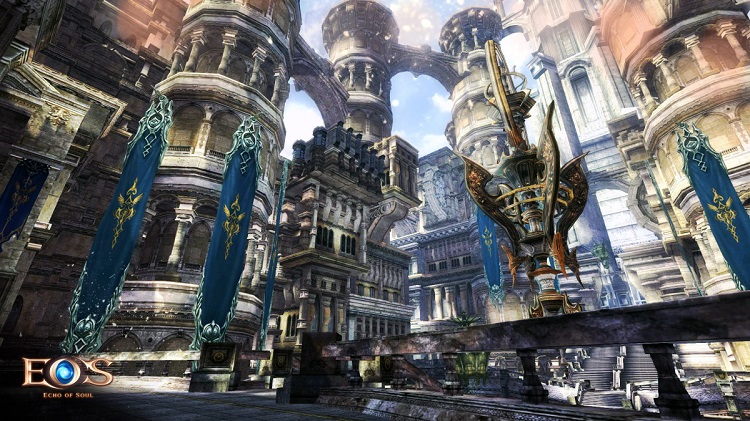 Echo of Soul is visually traditional to the Korean MMO scene. Lush, densely detailed, and expansive environments are littered throughout the quest line, and you’ll find yourself surrounded by a variety of beautiful locations, right from the start. The characters themselves are picturesque, heavily toned in Asian styling and fairly common looking when compared to other MMOs. Echo of Soul is visually solid, and most of the game looks great. Graphically, we would rate the visuals at a level that is above the average for Korean 3D MMOs. The animations are fluid, specifically when it comes to combat. Unfortunately, it takes more than a pretty outer-shell to make an MMO truly successful, and for each visual plus we came across, there was a gameplay minus lurking in the shadows.

From the moment you first load it up, the game seems a bit disjointed. The character creation is lackluster at best, offering very little customization and a rather annoying gender-lock, which usually doesn’t resonate well with gamers. You can change your characters hair, and choose from a couple stock faces, but you won’t have access to any type of detailed customization.

The game opens with a pretty entertaining cut-scene, which sets up the story well. From there, you’re thrown directly into the action, grabbing quests and learning the ropes as you progress through a war-torn area. Everything is pretty basic, the combat is a simple engage interface, with skills and consumables that can help you cleave through your enemies. The combat is okay, but we can’t help wanting more, after getting our hands on titles like Guild Wars 2 and Archeage.

There isn’t much innovation, and the questing can get incredibly stale, rather quickly. You’ll find yourself doing the same things over and over, and each quest seems very short in comparison to similar MMOs. Rather than killing upwards of ten mobs at a time, you’ll only have to down two or three for each quest. This isn’t a bad things for those of you who aren’t necessarily fans of simple quests anyway, but it might seem too simple to an MMO veteran. Most of the other quests revolve around running from point A to point B, simply discussing with NPCs to gather up free EXP. You’ll also find yourself confused by the odd layout of area transitions.

Echo of Soul has an environmental system similar to Phantasy Star Online 2, where you make your way between tiny sub-areas. There are so many places that are devoid of mobs, or simply contain one or two gather points. These areas don’t offer much more than a small bridge between other areas, and all of it seems like an endless labyrinth of tiny gates. It can become rather annoying, especially for those of you used to massive, seamless, open worlds.

When all is said and done, Echo of Soul is incredibly basic. It’s cookie cutter by design, and it really doesn’t offer much in terms of entertainment value. There are only five classes to choose from, and although there are two different paths you can take for each, they aren’t overly exciting to play. You have warriors, spellcasters, and rogues, and although each one plays a little differently than the last, they all feel like one giant blob of cycled skills as you level up. There is only one race to choose from, and while that shouldn’t be a big deal at all, we can’t help but feel a little let down, considering the rest of the game is just as devoid of content.

Perhaps Nvius will add a massive infusion of content as the actual release date draws near, but considering the game is already in open beta, and missing so much, we aren’t holding our breath. Sadly, as it currently stands, Echo of Soul is nothing more than a basic Korean MMO amongst a sea of more promising releases. Those of you seeking engaging combat, a great story, and deep character customization, will surely be disappointed. Perhaps if Echo of Soul had come out in its current form years ago it would be a much better experience, but unfortunately it is easily overshadowed by a lot of the bigger names currently on the market. Still, if you’re interested in trying it out of yourself, you can head on over to the dedicated website and download the beta right now.