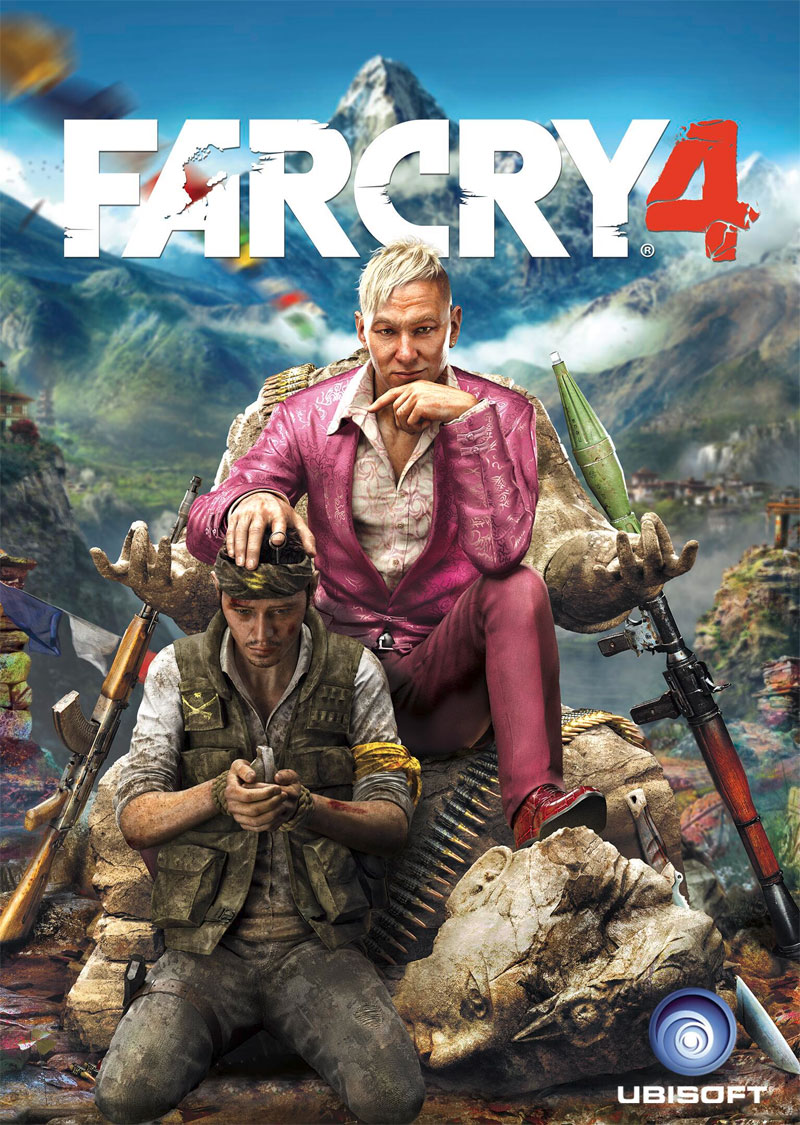 The notorious Far Cry villains such as The Jackal, Vaas Montenegro, and now, Pagan Min demonstrate that there’s some serious potential for darkness in the hearts of men. Who knew it’d be so fun? 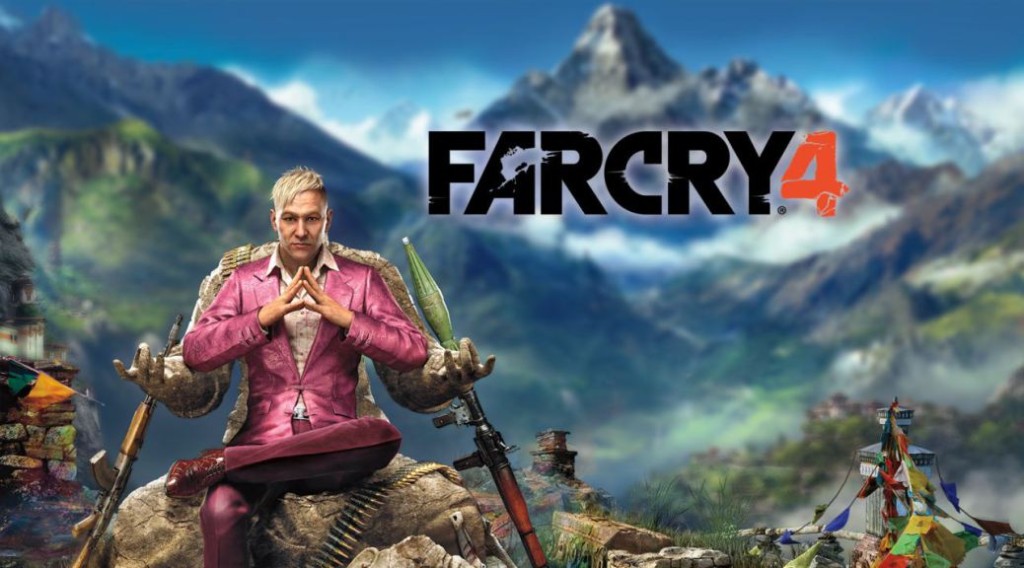 Last year, Ubisoft Montreal took players through sweet, sweet chaos on the Rook Islands, a tropical paradise gone wrong, in Far Cry 3. Players followed Jason Brody’s transformation from a survivor to a predator in a lawless sandbox ruled by pirates. Featuring heavily-inspired sequences ala Apocalypse Now, the third Far Cry of the series is a great blend of gamplay, visuals, and story. Now aiming to surpass their previous work, Ubisoft showcased the trailer and playable demo of Far Cry 4; set in the pristine beauty of the Himalayas.

The trailer starts in a bus where our 1st-person protagonist is en route to a region called Kryat, which has come under the control of a despotic warlord. All seems well as passports are passed up to the front to be checked by the new regional enforcers. In a split second, things start to go wrong as tensions boil over and a short firefight ensues. Our character manages to crawl out of the back of the bus, only to be detained by the guards at gunpoint.

Shortly thereafter, a helicopter touches down in a small clearing and out comes a visibly-disappointed David Bowie wannabe: sporting magenta pants, a trendy coat, and bleached undercut hairstyle. He calmly walks towards the guard holding you at gunpoint and chastises: “I said ‘stop the bus’, not ‘shoot the bus'”.

The guard, visibly afraid, mumbled that things got out of hand before being repeatedly stabbed by the diva-warlord in a flash of incredible violence. Covered in blood, he reverts back to the calm and collected egomaniac that we saw exiting the helicopter. After a brief monologue, he does the incredible: pulls out his phone and snaps a selfie with you: blood-soaked and all. It’s an odd combination of funny and “what the hell” that punctuates the trailer, which had me bouncing like a hyperactive kid to play it. 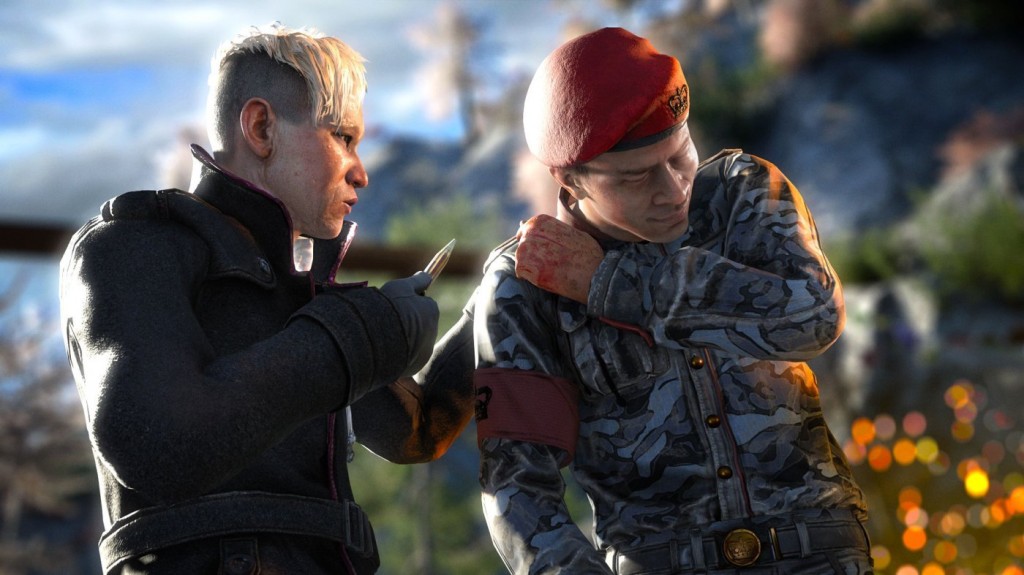 Strong visuals have always been characteristic of the Far Cry franchise, but next-gen technology has almost blurred the line between fiction and reality. In the demo, our seemingly-silent protagonist stands in a lush green valley with white mountain peaks towering in the distance against a clear blue sky. This seemingly ethereal contrast lended an almost mystical quality to the game; especially while being flanked on either side by a ruin-turned fortress and watering hole filled with elephants.

I could have spent an hour picking out the fine details that made the experience so immersive, but the giant sniper rifle in my hands nixed that notion pretty quickly. In the demo, we were given one task: liberate the fortress by any means. In other titles, storming a fortress as a one-man army sounds like a suicide mission. But in classic Far Cry fashion, the world is your toolbox to plan and execute a course of action-there’s no right or wrong way to tackle a situation, provided that you live through it.

From the onset, I saw three different methods of approach. One, the most obvious and orthodox plan to me was to scale a rock face adjacent to the fort, insert from the rooftops, and clear the village with stealth and surprise tactics. Another involved riding one of the elephants in the watering hole straight through the front, guns blazing in a bizarre feat of shock-and-awe. Yes, riding an elephant while peppering the ground with heavy machine-gun fire. The third and final option that I was able to stumble upon was to commandeer a one-man helicopter and rain death from above with explosives. Of my three choices, I decided that discretion was the better course to follow; my love for the Metal Gear saga may or may not have influenced me. 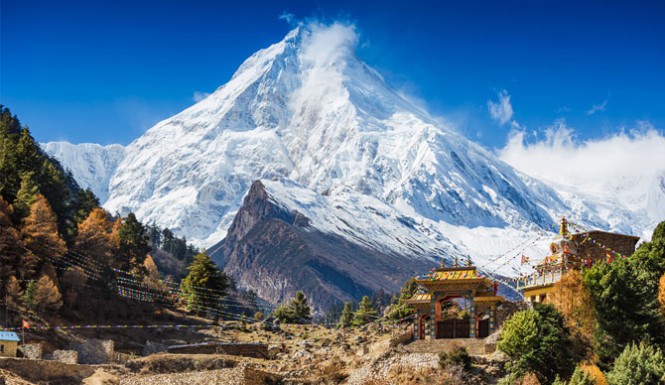 Freedom of choice and empowerment are the hallmarks of Far Cry, which is part of what makes the game such a success for me. So while you still aren’t an invincible juggernaut, the game rewards the player for cunning and boldness—for positioning yourself to where you have the advantage and leaping into decisive action.

It may have been more orthodox, but I was able to scale the mountain cliff beside the fortress and was rewarded with a fast and stealthy entrance into the compound. From a distant rooftop, I used my binoculars to mark enemy patrols; allowing me to keep tabs on where they were lurking in the maze of Himalayan houses. There were maybe about 10 guards in all, not bad—if you know what you’re doing.

A straight firefight would mean instant death, not to mention the possibility of reinforcements. So using a combination of well-placed crossbow and sniper rifle shots, the fort was liberated in no time—way faster than I expected. It felt great to get the job done quietly and effectively, but let’s face it: who doesn’t want to storm the gates with an elephant and .30 cal machine gun? 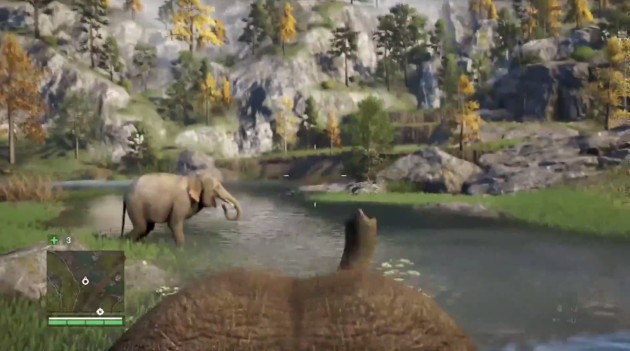 So we loaded the demo back up, and I hopped onto the back of a surprisingly willing elephant. I laughed at the sheer ridiculousness of what I was about to do: crash through the gates on a freaking elephant. So I goaded the elephant forward, and we reached our peak momentum right before making contact with the ancient gate, which exploded in a shower of splinters. With junk still flying in the air, i added to the chaos with the loud rumblings of gunfire.

I made a beautiful mess which featured a rampaging elephant, terrified guards, and reinforcement Hind D helicopters. Bloodied and battered, I stood victorious in the fort and had the biggest grin on my face as the screen faded to black. There was no right or wrong way to accomplish my goal, provided I lived through the experience.

Far Cry 4 is going to be a sandbox shooter experience that no one should miss out on. With a villain, a location, and guns, you really feel a sense of empowerment that is in my opinion, unique to gaming. You’re not the Master Chief or Commander Shepard- you’re a single guy with guns and a plan.