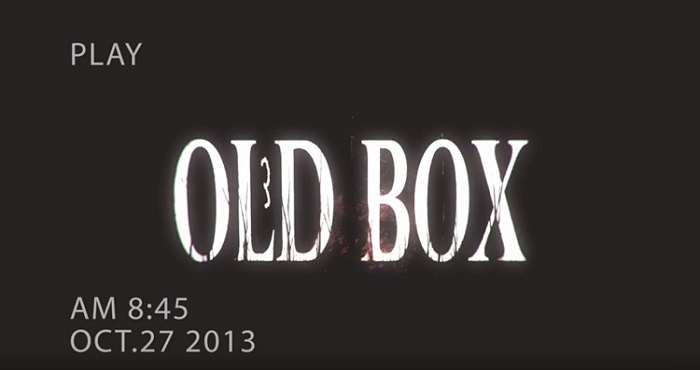 The horror genre can be a rather tough nut to crack. Many different studios have attempted to craft experiences that will have horror-loving gamers shaking in the dark and perched precariously on the edge of their seat. Unfortunately, a lot of these spooky story-lines usually fall flat when it comes to evoking any kind of outward fear within the community. For gamers that have grown up experiencing titles like Resident Evil, Penumbra, Silent Hill, Outlast, Amnesia, and Dead Space, it can be hard to find a title that manages to rattle them. I’m one of those gamers, but it hasn’t stopped me from scouring the internet endlessly in hopes of finding the next truly-frightening affair. Every so often I will come across something that shows a lot of promise, such is the case with Old Box, a unique-looking horror experience from developer D Clayne.

From the outside, Old Box looks a lot like a traditional first-person puzzle-solving adventure. This is the same type of formula that was used in the Amnesia series, although we are unsure if the developer plans to add any kind of combat system. It is important to note that some of the early screenshots showcase a “health bar” and a sword icon, so it’s safe to assume that D Clayne is at least attempting to give us some kind of action sequence beyond “simply run away.” The same screenshot features a speech bubble icon, a sprinting person, and a shield. This could suggest that Old Box will feature a system similar to Undertale, in which the player must make the correct choices and movements during a particular sequence, or suffer damage. Whatever we end up with, it’s shaping up to be a rather unique gameplay experience.

One of the more enthralling things we’ve seen so far for Old Box is the impressive and eerie art style. We’ve only seen a glimpse of what we can expect visually from this upcoming release, but what we have seen so far has really captured our attention. D Clayne has done a fantastic job in crafting a supremely unsettling environment. All of the graphical elements for Old Box are very smooth, and the beauty of each item and backdrop only adds to the uneasy vibe that the title exudes. The lighting elements we’ve seen so far are very impressive as well. Each of the locations seem dark and gritty, but there is enough light to create some interesting visual effects. In one screenshot we can see light blasting onto a stone wall, giving us a very detailed look at all of the cracks and crevices within the brickwork. There is also a glossy sheen upon the stone that almost looks like slime. We give a lot of accolade to the developer for crafting such breathtaking art, and the visuals will surely help to set a creepy tone.

Perhaps the most important part of any good horror release is the story-line. Monsters and mayhem are great from an entertainment perspective, but a truly gripping story can stick deep in the mind, long after the journey is over. D Clayne admits that he has struggled with the conceptualization of games, and worked on many projects that will never see the light of day. The process of developing ideas is something that has plagued him, but Old Box was an idea that manifested itself from one of the darker parts of the developer’s mind. Some of what you will witness throughout the game are things based entirely on odd nightmares that D Clayne has experienced. In fact, the box itself is a manifestation of these spooky dreams. Making things even creepier is the fact that the developer has actually received a mysterious box directly at his home, filled with odd photos, a mysterious VHS tape, and a strange liquid in a crystal bottle. This has only further exacerbated his strange nightmares. These nightmares are what make up the core gameplay experience for Old Box. It’s a very unique way in which to craft a game, and the Creepypasta-like manner in which D Clayne presents this project is really helping to create anticipation and dread. It will be very interesting to see how far things progress as the developer continues to work on the release, and if the lines between game and reality ever blur.

If you’re interested in getting more information regarding Old Box, you can follow along with D Clayne’s forum posts at Touch Arcade, although the developer hasn’t made a post in some time. You can also check out his Youtube page for any videos that may pop up. Hopefully we will get some news soon regarding this impressive-looking iOS project. Be sure to stay tuned for any news regarding this upcoming horror project.