Castlevania: Lords of Shadow 2 – Be Dracula

Considering the constant obsession displayed by fiction and popular media until now, it’s odd to find a game that lets you play as the Prince of Darkness, especially in a game series predicated on a bloodline of vampire hunters whose life goal it is to destroy the Dragon for eternity.

Enter Castlevania: Lords of Shadow 2, the second and last of the Lords of Shadow saga. You play as Gabriel Belmont, the tormented member of the Brotherhood of Light who saved the world from the coming of Satan by quite literally beating the ever-loving crap out of him in the previous game. Since then the power of the Lords of Shadow has corrupted Gabriel, turning him into a far more familiar figure: Dracula. 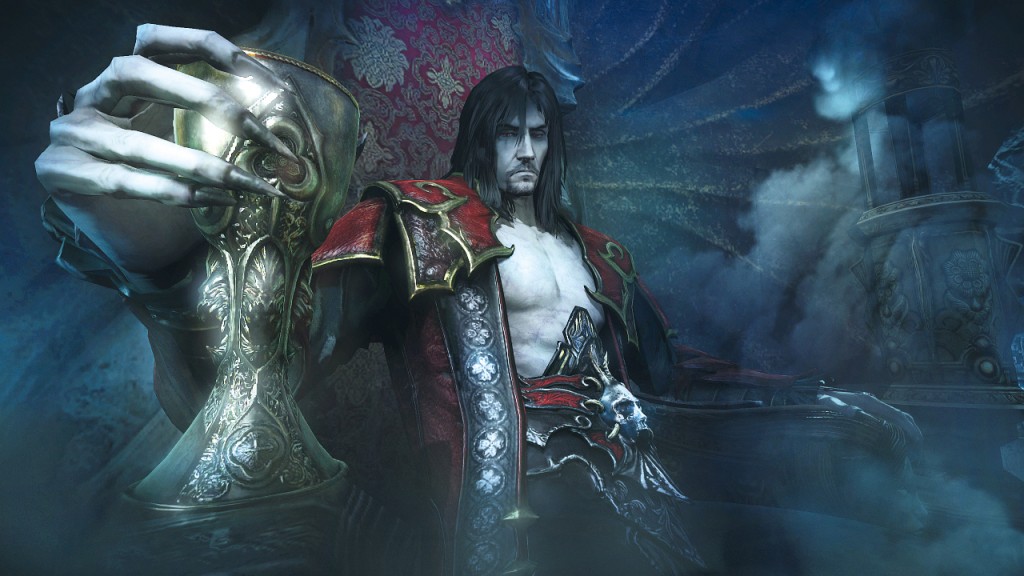 After a thousand year sleep, Gabe-acula is awakened by the familiar figure Zobek, powerful necromancer and person-of-questionable motives who “helped” you through the last game. The game opens in style, with a fairly minimal tutorial that introduces you to a fully-powered Dracula (a la Symphony of the Night), complete with a new take on the familiar light/shadow magic dynamic from the first game. Dracula’s castle is under siege, and he must protect himself and his domain. The introduction is a spectacle, a solid introduction to the new game. But after this, the game starts to middle quickly, before petering out almost completely by the end.

The theme of the game is wasted potential, you see, all dolled up in a smooth and visually gorgeous game that hopes that the pretties will keep you from realizing where all the flaws are. The setup is great, Dracula is placed as the misunderstood visage of evil, with holy knights and paladins seeking to destroy him at every turn. In reality, he is the chosen of God, the last bastion of defense against the armies of Satan.

The problem is that this internal conflict, of Gabriel as a misunderstood and fallen man is poorly internalized, manifesting as a constant pall of strangely suicidal tendencies. Wracked with guilt knowing that he also turned his son, Trevor, into a vampire (now known as Alucard) added what could have been another great layer to the game, but instead is addressed in a campy and all-around cop out sort of manner. These are themes that tried to take themselves too seriously, I think. Alucard is one of the most loved characters of the Castlevania series so far, and yet is relegated to only a few scenes, and is poorly explored at best. There were attempts at fan service made by including other cameos, but the exaggerated attempts at injecting depth and pathos into these characters instead made them either paper-thin or bloated pieces of driftwood that I couldn’t have given a single care about, if they didn’t have some item the game insisted I needed to retrieve with their help. 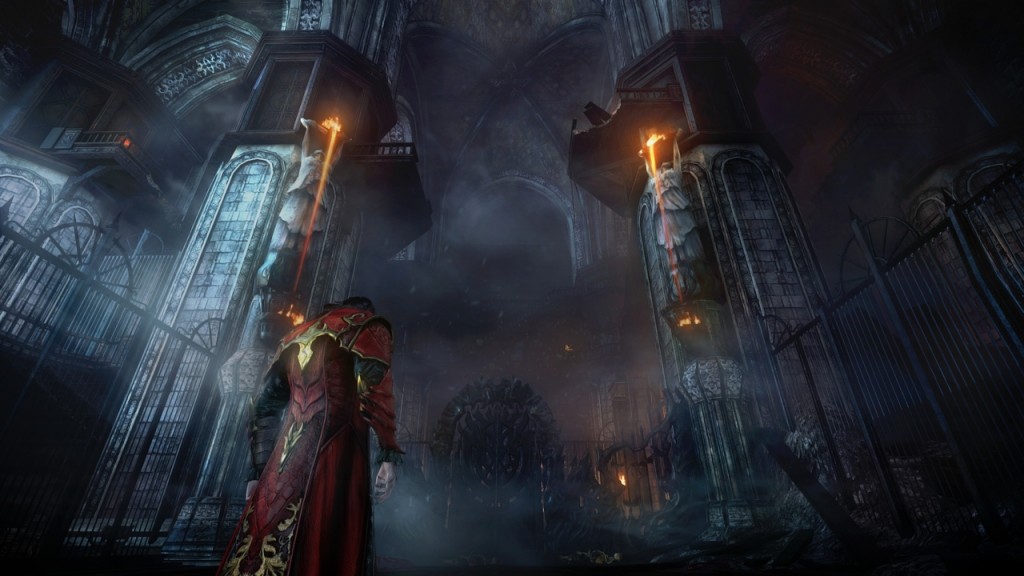 The interesting thing to me was that I didn’t even realize how disappointed in the story I was until I finished the game. The ending of the first Lords of Shadow had my jaw on the floor, I had become invested in Gabriel’s struggles and they had reached a peak that I hadn’t even imagined would be attempted. The end of Lords of Shadow 2 sought to replicate this feeling, and came off as rushed and contrite, possess quite literally no feeling of release or closure at all.

The gameplay of Lords of Shadow 2 comes as a rather unfortunate mixed bag. There is essentially an alternation between small combat endeavors and platforming segments, with the occasional puzzle and stealth section thrown in to mix things up. The combat is probably the high point of the game: fluid and responsive, the interplay between the extended range of your blood whip, to the restorative (but weaker) power of the icy void sword, to the high-powered guard-breaking chaos claws, players need to hop between all three to make the most of the tools at their disposal. The void sword and the chaos claws are a strong improvement over light and shadow magic from the first game. While those only served to modify Gabriel’s basic moveset and add a few new tricks, the new weapons have their own unique movement sets and looks, while retaining a simple concept of how each move is performed. This makes switching painless, but still feeling varied. Add to that a mastery system that encourages the player to use different moves in order to increase your overall effectiveness with a weapon, and you’ve got a good sense of variety in tools. 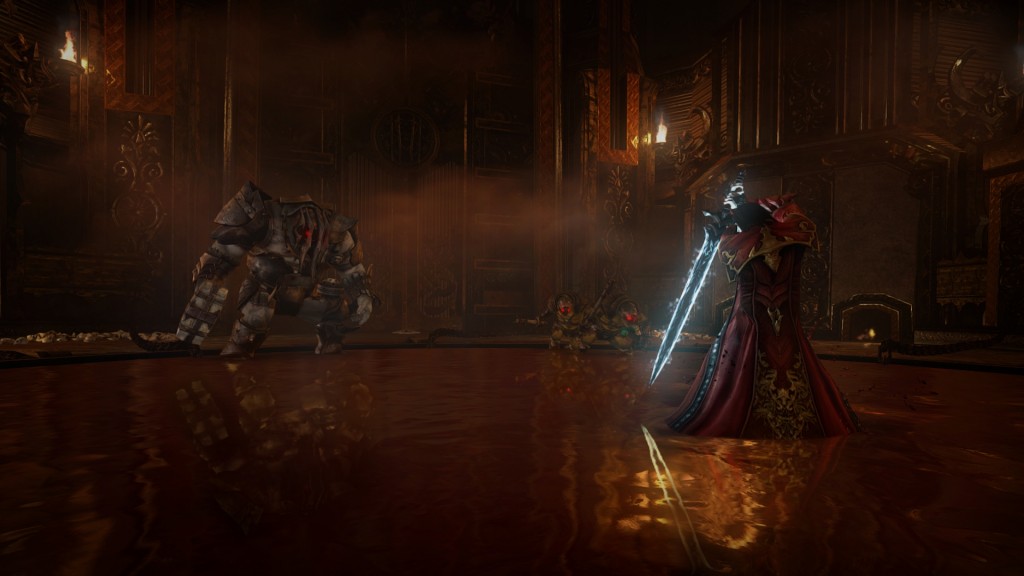 The problem is that the enemies lack the same sense of variety in a lot of ways. In the end, they all feel like the boil down to the same basic concept: a moving health bar of varying length with some attacks that need to be dodged. Everything else should be blocked, because counterattacks wreck everything. Even worse, none of the bosses were particularly memorable, except for perhaps one. The boss fights are usually just a small set of four or five attacks, and three or four times during a fight, a special attack of some kind. They never grow or change tactics, there’s never any variance as things move on. While the combat in the game was good, it was never standout or memorable.

The other elements of the game feel similarly lackluster. The platforming elements of the game may as well have been performed on rails, and the timing on any antagonistic elements meant to force you to plan or think on you feet happen with such unforgivable speed that it’s often not worth the effort. The puzzle sections are just above insultingly simple. There was no point in the game in which I felt mentally challenged in any way.

The worst offenders are the contrived stealth sections. At times, Dracula can step into the shadows and occupy the body of a rat. In this form you lose any combat ability but can fit into spaces you otherwise could not. You have a bat swarm power that can be used to distract enemies, and a possession power that can be used when you sneak up behind an enemy to temporarily control them, used exclusively to open various retinal scanners throughout these sections. A few other sections of the game require the use of subterfuge, and are similarly awful: the Agrias section in particular is a miserable slog; I remain convinced I finished it purely based on luck. 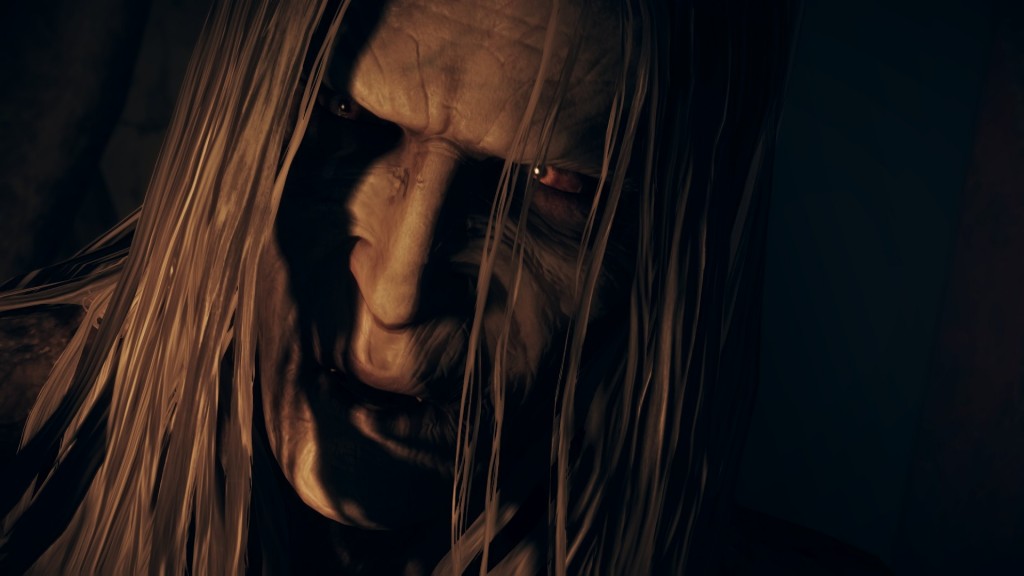 The only saving grace of the game comes in its presentation. The game’s environments are fairly diverse and well put together. The architecture impressed with regularity, the environments were often easy to navigate but offered enough diverging pathways and nooks and crannies to explore. Character models were well put together, animations were fluid, though the models could be a little stiff, at times. The voice cast does a good job with what they’re given (can’t go wrong with some Patrick Stewart and Robert Carlyle), and the soundtrack was—when not overpowered by the sounds of demon murder—additive to the atmosphere as a whole.

Lords of Shadow 2 truly seems like a missed opportunity. I loved the first game, and have been looking forward to the second for a long while. When I played the demo at E3, I was similarly impressed, but it turns out that the opening sequence of the game is one of the most memorable anyway. What I found to be the most interesting was the odd rose-tint I seemed to have throughout. It took one of the most upsetting, abrupt and intangible endings I’ve experienced to pull me from the odd stupor the beautiful presentation had lured me to: a game that had all the promise in the world, and drained it of all its blood instead.