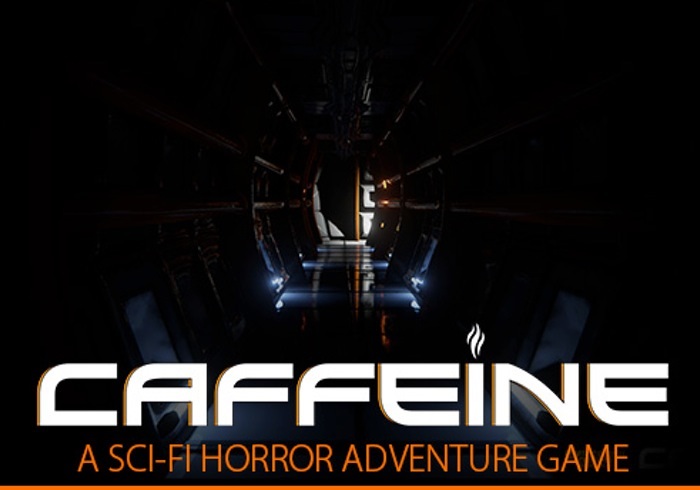 Horror games have become a prevalent part of the Indie scene over the last few years. Small studios and upcoming game designers have been raising heart rates and quickening pulses with their own specialized brand of jump scares and macabre moments. Thanks to crowd-funding websites and platforms like Steam, we have seen some truly terrifying titles hit the web. Cult classics like Amnesia: The Dark Descent, The Forest, and Outlast, have become such a massive success that it’s sparked the creative fire in one developer, who hopes to bring his own unique visions to life. Dylan Browne has taken to Indiegogo to secure funding for his project dubbed, Caffeine.

The first person horror title revolves around, you guessed it, caffeine, or more importantly, coffee. Browne’s epic will take place during a time when humans have become so addicted to caffeine that they are frantically searching for a way to create more of it. This has caused some scientists and individuals to reach into the vast darkness of space, hopping from planet to planet in an attempt to craft a synthetic version of the futuristic “drug.” Space stations become homes for these small colonies of people, and as we have all learned from the Dead Space series, these types of “alone in the galaxy” situation can go bad very quickly.

You’ll play as a young boy, who experiences a terrible incident. You awake one morning to find the space station completely empty, seemingly devoid of all life except yourself. But according to Browne, you may not be as alone as you seem. Something is lurking within the space station, perhaps something that has its own thirst for caffeine. The story plays out in true first-person fashion, as you learn information about your surroundings and the events that took place by reading scribbled notes and solving puzzles. One can’t help but expect this type of atmosphere to be filled with jump scares, loud bangs, monstrous enemies, and heavy horror themes, but Browne insists that Caffeine aims to be an experience like no other. It may be toned down compared to other horror titles, but should still manage to drum up some solid frights as you progress through the mysterious storyline.

From the preliminary views we’ve seen, Caffeine is shaping up to be a visually stunning release. Browne is crafting the thriller with Unreal Engine 4, and the trailer below showcases some beautifully rendered environments, complete with impressive lighting effects and some incredibly realistic looking shadows. It’s very realistic in appearance and it gives you that uneasy feeling of being alone, isolated, on a space station floating in the endless void. We are used to hearing loud pops, weird groans, and inhuman murmurs, but Caffeine takes things to the next level by offering up some gorgeously crisp visuals to further imagine this breathtakingly suspenseful scenario.

Caffeine is in planned development for PC, Linux, and Mac, but Browne wold also like to bring the project to PS4, if he can secure funding. Tossing in your hard earned cash towards the proposed release can get you access to things like T-shirts, and coffee mugs, but if you’re feeling especially generous you can get your name, photos, and even your voice into the title. Browne needs $5000 to make his dream a reality, and as of today he’s sitting at $670. The Indiegogo funding campaign will run until August 30th.

If you’re interested in learning more about this creepy space journey, and want to get your hands on a playable pre-alpha demo of the game, be sure to check out the Indiegogo page here.