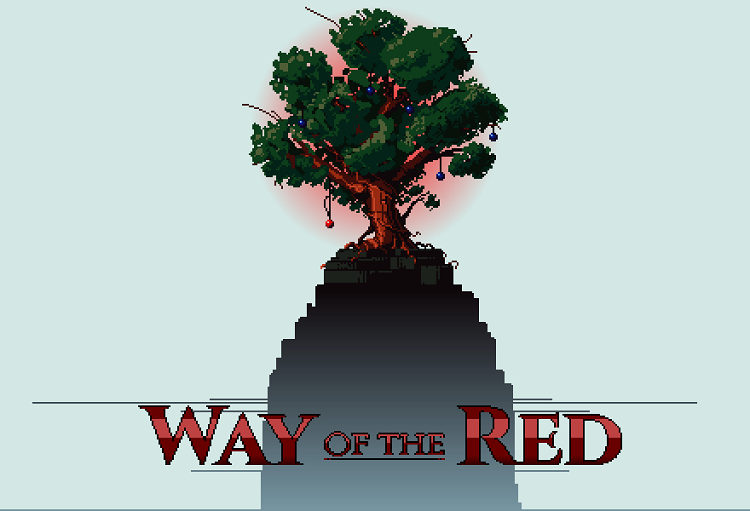 If you prowled the arcades back in the early 1990s, you may have come across Strider, a fast paced ninja-themed side-scroller. Strider, and other releases like it, were difficult dives into sword-fights and acrobatic gameplay. It’s been a while since we’ve seen a gritty adventure like this, not counting the Strider reboot back in 2014. Developer Corey Hardman is aiming to change that with his recent release, Way of the Red. This sword slinging affair has the look and feel of a retro ninja romp.

Way of the Red follows the story of a birdman, a hero from a nearly extinct group of creatures. You’ll play as the skilled swordsman who has fallen into a fit of depression, having grown tired of a life filled with rigorous training and bloody battles. Longing to meet a lost love, you’ll set out on an adventure across the dangerous human lands. Tales of birdmen meeting terrible fates have been passed down through generations, and there are many warnings prohibiting birdmen from traveling to these locations. That won’t stop you, the hero of the story, who valiantly plunges across a wide blue sky, intent on discovering the fate of your beloved. It is at this moment that you are struck from the sky by a band of torturous human warriors. These soldiers have been keeping birdmen as slaves, and end up clipping your wings to keep you from flying away. After regaining consciousness, you’ll need to find a sword and escape your captors. You’ll learn the fate of your lost beloved and make your way towards a mysterious spiral. 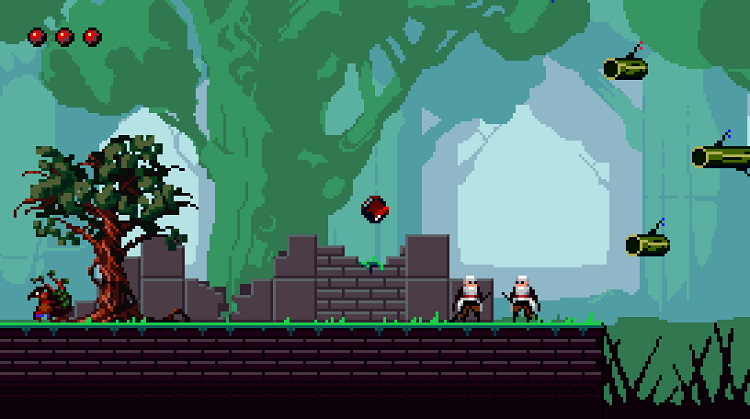 Visually, Way of the Red is a gorgeous nod to retro releases. The pixelated characters and enemies stand out well against beautifully drawn backgrounds and unique environments. There is much beauty to be found within the styled platforms of this imaginative world. I was rather impressed by the amount of detail that went into each location, and the use of lighting and shadow adds a lot of depth to the adventure. The developer also made a point to include expertly crafted musical elements. Noting that he music was his one weak point, he took it upon himself to hire Daniel Stoker, a chiptune artist who goes by the name Ziguache. The result is a drama-filled ethereal soundtrack that’s very easy on the ears.

The gameplay for Way of the Red is very similar to retro releases like Strider and Ninja Gaiden. It also draws quite a bit of influence from Super Smash Bros. Melee. Developer Corey Hardman is an avid Melee fan, who wanted to craft a gameplay experience that “felt” like Hal Laboratory’s popular brawler. The finished product is a challenging adventure filled with fast-paced sword maneuvers and acrobatic spins and leaps. You can incapacitate some enemies by leaping onto their heads, while others will need to taste the cold, hard steel of a blade. The gameplay flows very well, and the developer himself was adamant that combat be the main entertainment value of this release. That’s very true, and the combat offers up some serious entertainment value — but the visual charms and quirky soundtrack are a nice little bow on this high-octane package.

Hardman promises that just because he’s a Melee fan doesn’t mean all of his future releases will feature this style of action. In my eyes, it wouldn’t be a bad thing at all if they did. Way of the Red is a very nice, polished indie title. It will be interesting to see where the developer will go for his next project. If there is any negative to be found in Way of the Red, it’s the overall length of the release. It’s rather short, but well worth the price of admission. You can grab Way of the Red right now on Steam for $7.99. If you’re interested in getting more information regarding this entertaining release, be sure to check out the dedicated website here. You can also follow developer Corey Hardman on Twitter and Youtube for news regarding future projects.