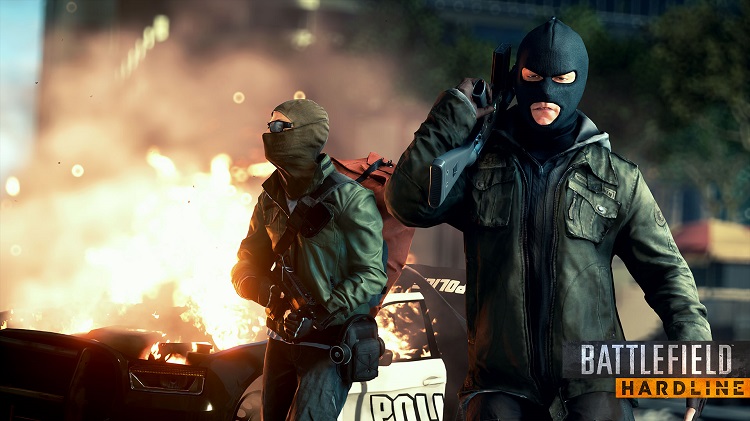 Battlefield Hardline pits cops against robbers on an epic scale

The Battlefield franchise hasn’t seen much change over the years. The iconic, “realistic,” military shooter has always been a tactical playground for large teams of players to wage warfare against one another with a multitude of weapons, explosives, and combat vehicles. It’s a formula that has engaged us for over a decade, so it’s difficult to imagine DICE doing anything out of the box. But that’s exactly what they did, and at this year’s E3, announced their partnership with Visceral Games on the development of a new kind of shooting experience, Battlefield Hardline.

Opposing militaries sign a temporary peace treaty, as Battlefield Hardline focuses on another interesting, high-intensity kind of war, the never ending battle between police forces and gritty criminals. Gone is the epic thundering of tanks as they rumble across barren landscapes, or the sonic boom of a jet fighter as it streaks across the sky, replaced instead by high-speed car chases, close-quarters combat, and vehicular mayhem. Guns blaze, and rivals take cover from contending sides, while bullets rain throughout public spaces and city streets. 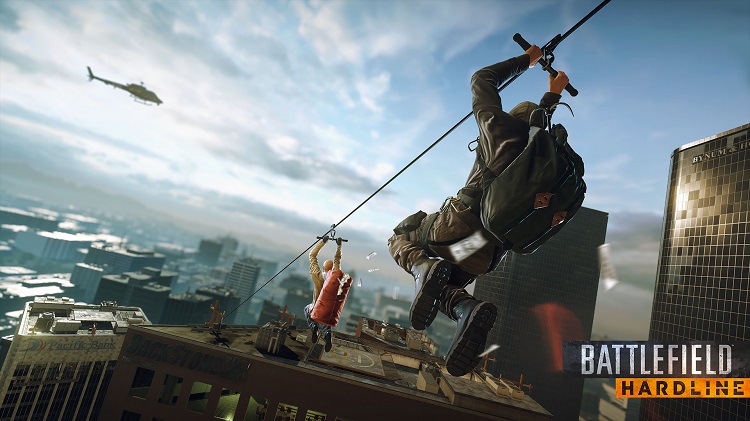 Battlefield Hardline is an ambitious attempt to take the massive, wide-open warfare that made the series such a success and adapt it to a complex urban environment, translating the military-style gameplay into something much more personal. This time the struggle is right in our own backyards, allowing you to live out a virtual fantasy as either a beacon of justice, or a renegade lawbreaker.

The official trailer below gives a good glimpse at the transformation, showcasing the same Battlefield style gameplay we’ve all come to love and appreciate, but turned up to eleven. The twists and turns of downtown Los Angeles are a chaotic playground, causing choke-points and small-scale battles that litter sectors of the city. It’s the same mechanics, but a very different looking experience.

There is a method to the madness, and while it appears to be a little more arcade, there is an abundance of tactical gameplay here, present in each of the title’s four game modes. Heist is featured in the trailer, and pits cops against robbers in a mad dash to secure an “important package.” Criminals will spend their time attempting to swipe this coveted loot from armored cars, making their way to special extraction points to secure their funds. If the criminals manage to capture all their objectives, they win, but cops will be there to do anything in their power to stop them. If police manage to keep the loot from the extraction points for a certain period of time, they reign victorious.

Blood Money is akin to Capture the Flag, but uses multiple bundles of cash in place of colored banners. A centralized crate, overflowing with cash, is the target of two factions. The vying sides battle to gather up bills and transport them as quickly as possible back to armored cars. The first team to amass 5 million in funds wins the match, or if 5 million isn’t reached in a certain amount of time, the team with the most blood money gets the victory. The catch, is that each team can steal funds from each other’s armored vehicles, making this game a solid mixture of offense and defense. 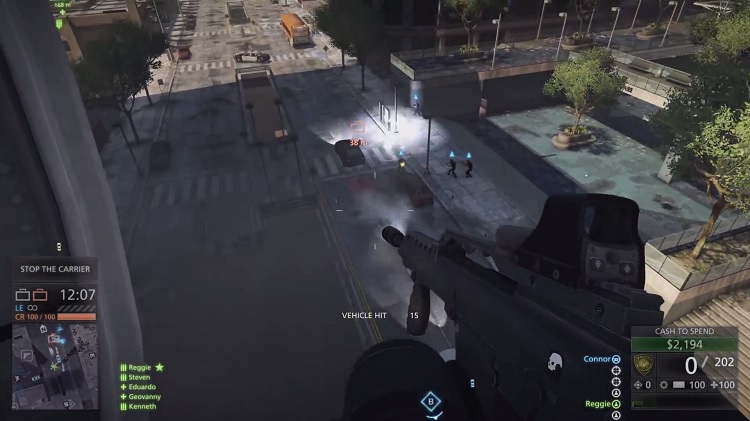 In an interesting twist, developer’s have added an escape-based game mode, one that focuses on speed and precision. Hotwire Mode features expansive environments, and has police chasing down criminals as they attempt to flee. Precise driving, dodging, shortcuts and expert take-downs mean the difference between escaping police or becoming just another notch on their belts. Battlefield Hardline promises to feature a slew of vehicle types, ranging from muscle cars, bikes, and powerful police interceptors, to armored cars, tractor-trailers, and helicopters.

Last but not least is Rescue, where police attempt to secure hostages, while criminals fend off their advances. It will be interesting to see how this mode plays out, and how exactly hostages will behave during the event. We can imagine that tactics will play a big role in this game mode, and that positioning and team-based intelligence will mean success or failure.