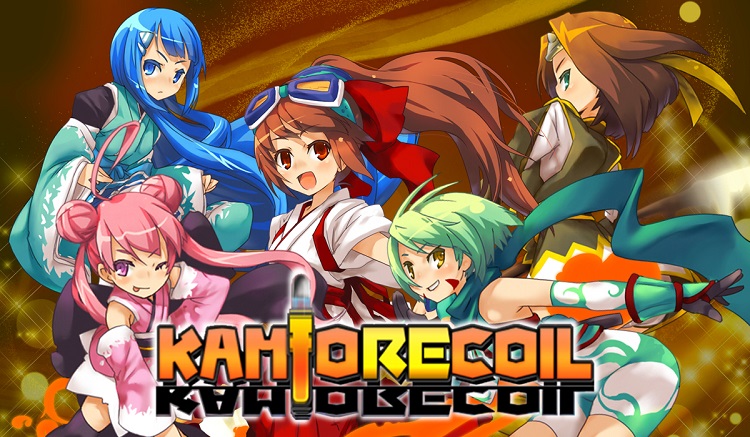 Thanks to Japan and anime we have a plethora of shows, Manga, and games dedicated to cute girls fighting evil. It’s such a huge concept that it could be considered its own genre. Overly adorable releases like Phantom Breaker: Battlegrounds and Arcana Heart 3 resonated well with the gaming world. There is something magical and endearing about the prospect of these pint-sized packages rising up to overcome staggering challenges. Because of this, we occasionally see new releases make their way into the “genre.” Hanaji Games is hoping to break ground with their upcoming retro-inspired title Kamio Recoil.

Kamio Recoil is best described as a two-dimensional indie shooter, but features a few unique gameplay elements that help to set it apart from the rest of the crowd. For one, the game is played entirely via mouse control. You won’t use traditional means to move around each level. Instead, you’ll have to propel yourself in the direction you wish to travel by shooting. For example, shooting upward will push your character downward,while shooting to the left will cause you to slide to the right. Each stage has you “free floating” to create smooth navigation. As you progress further into the game you’ll find yourself inundated with traps that must be avoided. Between these dangers, enemies, and projectiles, it is imperative that you learn how to move, dodge, and stop quickly. 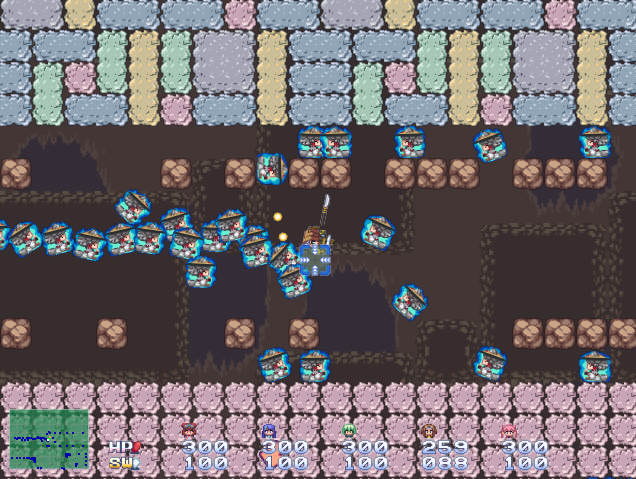 Kamio Recoil promises to be a challenging affair. Each level is designed to be a labyrinth, filled with varying paths to take. You won’t have access to any do-overs if you find yourself expiring during a stage. There are no revives available, and once you start a level, you’ll need to finish it in one go. What makes this even more challenging is the fact that your health bar is constantly draining when you shoot. There are five different characters, each with their own unique spirit arm (things like flamethrowers, sniper rifles, and traditional firearms). Each weapon contains a primary and secondary fire, and each shot from your primary fire will drain your overall health. Because of this, you’ll need to be smart about when to avoid and engage enemies. Some baddies will have to be downed, and you’ll be forced to fight a boss at the end of each level cluster.

From a visual standpoint, this title is heavily retro-inspired. Developers did a great job in crafting an adventure that looks as if it released back during the NES and Super Nintendo era. All of the graphics are perfectly pixelated, while still maintaining a good amount of visual depth. The characters, projectiles, animations, and bosses are all colorful and stand out well against each level backdrop. The level designs themselves leave a bit to be desired. The enemies and locations are rather flat, and not much detail was put into the level walls or backgrounds. You’ll find yourself in multiple unique locations, including areas like a forest, underground, underwater, and even space. Unfortunately, there isn’t much variance between these locations aside from a color palette swap. It would be nice to see some extra work placed into the overall artistry of each level.

That being said, Kamio Recoil still looks like a rather enjoyable experience. With multiple characters to play, a nice difficulty spike, unique gameplay mechanics, and a decent overall length, this release has the potential to sit well with fans of the genre. Kamio Recoil has already achieved greenlight status from Steam’s popular program. Developers plan to release their creation sometime during December 2016. If you’re interested in getting more information regarding Kamio Recoil, be sure to check out the dedicated website here. You can also follow the developer, Hanaji Games, on Twitter.