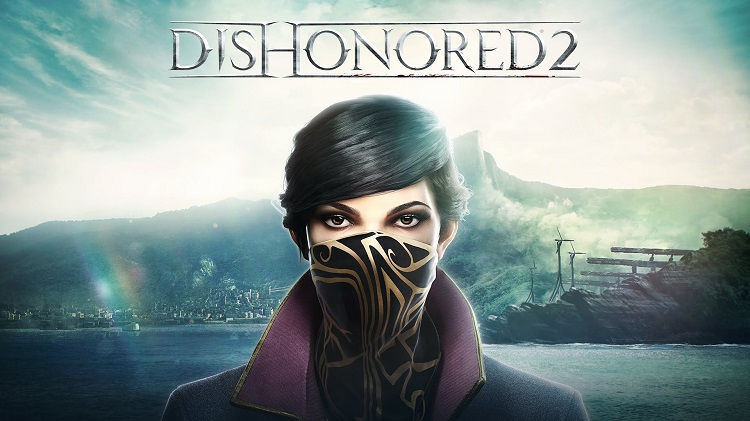 Dishonored became an instant cult classic when it graced the gaming world back in 2012. The Arkane Studios stealth adventure played like a mixture between Skyrim and Assassin’s Creed. You led Corvo Attano on a mission for redemption after finding yourself framed for murdering the empress of Dunwall. Dishonored featured excellent stealth-based gameplay, and gave us the ability to “form our own adventure” through a series of epic magical skills and in-game choices. The finished product was a playground of first-person action that had players replaying the adventure over and over to discover hidden secrets and experience new play-styles. Four years later, Arkane Studios has released Dishonored 2, a direct sequel to the original.

It’s simply not enough to state that Dishonored 2 is a good sequel. There are many instances throughout gaming history in which sequels and prequels fall far flat from matching the pace and elegance of their predecessors. This is not the case with Arkane Studio’s latest release. Dishonored 2 finds a place among the elite, crafting a rare instance in which the epilogue may actually be a much better experience than the original. You’ll definitely benefit from playing through the first release, as the newest story is a continuation of Corvo’s adventure. That being said, new players should have no problem adapting to the current storyline. There are many nods to the past, but it’s easy to understand what is happening. Writers did a great job in creating an experience that feels like an entirely new adventure, while still maintaining a deep connection to Dunwall’s past. 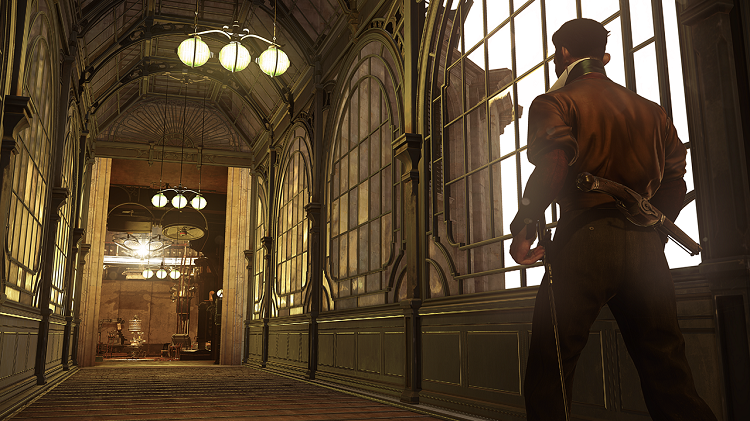 At the core, Dishonored 2 plays a lot like its predecessor. You’ll still have a lot of fluidity in motion, especially when it comes to sword fighting. It may take you a few moments to get used to the speed at which things move, and you’ll need to learn how to effectively dispatch each enemy type. Once you settle in, Dishonored 2 offers one of the most satisfying and rewarding gameplay experiences of the past year. I had a blast in multiple playthroughs, eliminating enemies, and discovering new ways to progress the story. That’s the real beauty of Dishonored 2: it allows for so much “customization” in terms of play-style. If you prefer to play the pacifist, you can find non-lethal ways to silence enemies, or you can use an abundance of skills to slip past them. Those that prefer to punish their foes can launch a full-frontal assault, or can assassinate from the shadows. Your decisions will visually affect the game world around you. If you decide to spill blood, expect to see it flooding the waters. Those that commit dark deeds may be followed by hordes of rats. Maintain a non-lethal approach and you’ll be rewarded with a “clean” environment. These subtle details make the journey even more entertaining.

Those of you that played the original Dishonored will recall how much freedom you had. Thanks to all of Corvo’s spells and abilities, you could find numerous ways to conquer a goal. Dishonored 2 takes this concept to the next level. The stages and areas are wide and expansive, giving the illusion that you’re playing in an open world. With all of this new found freedom, you can complete tasks and eliminate targets in a large variety of ways. This is great for replayability, giving you a distinct reason to load up the release even after you’ve conquered the story. You won’t find a “New Game Plus,” but Dishonored 2 offers two separate story arcs for you to explore. When you first start the storyline, you’ll be given a choice between completing the game as Corvo once more, or taking on the role of his daughter, Emily Kaldwin. Each story is very similar for the most part, but the two characters offer up some subtle differences in gameplay. For example, Corvo will gain access to a blink spell, which will allow him to phase to a specified location. Emily makes use of an ethereal pull ability, allowing her to pull herself to locations, or pull objects and enemies towards her. This small addition gives an even greater reason to play through Dishonored 2 more than once.

There are many things to collect and uncover across the world of Dishonored 2. You’ll spend a lot of your time attempting to unlock safes, solve puzzles, and uncover secret areas. Coins can be collected and spent in the “Black Market” to acquire new weapons, traps, potions, and ammo. You can also use these locations to upgrade your items and weaponry. Along the way, you’ll gain access to a special item that will uncover special runes, which can be used to upgrade your abilities. Each ability has a unique set of “paths” which will upgrade with specific modifiers. This will allow you to custom tailor each spell and ability to suit your specific play-style. Certain upgrades will allow you to cleave through your enemies, while others will help you hide better within the shadows. 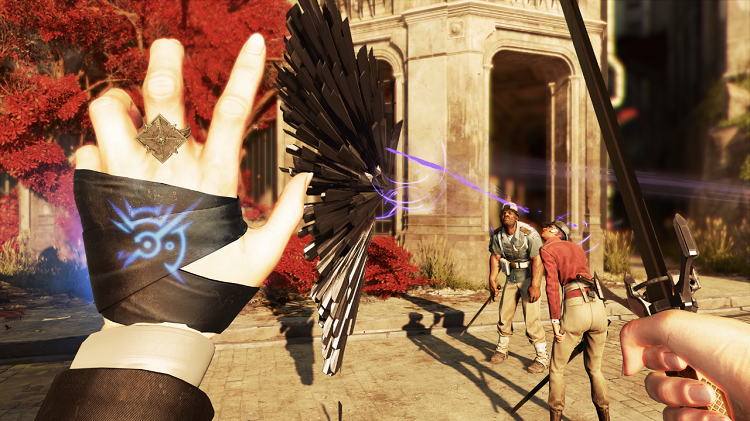 Visually, Dishonored 2 looks very much like its predecessor. The graphics themselves are a bit updated, but the character designs, enemy types, and locations, look very much the same. Dunwall is the “same” city, albeit a bit ragged, and you’ll find yourself traveling to other locations with unique setups. There is much beauty to be found in Dishonored 2, and it definitely makes exploring much more entertaining. The sound effects and musical scores are very well done, although some of the voice acting leaves a bit to be desired. Overall, Dishonored 2 is just as fun to look at and listen to, as it is to play.

Arkane Studios did a fantastic job with this release. It’s a wonderful sequel and an even better addition to the Stealth genre. I had a fantastic time with this release and I would consider it one of the past year’s must-plays. Dishonored 2 is available right now on Xbox One, PC, and Playstation 4. If you’re interested in getting more information regarding Dishonored 2, be sure to check out the dedicated website here. You can also follow Arkane Studios on Twitter and Facebook for more information.