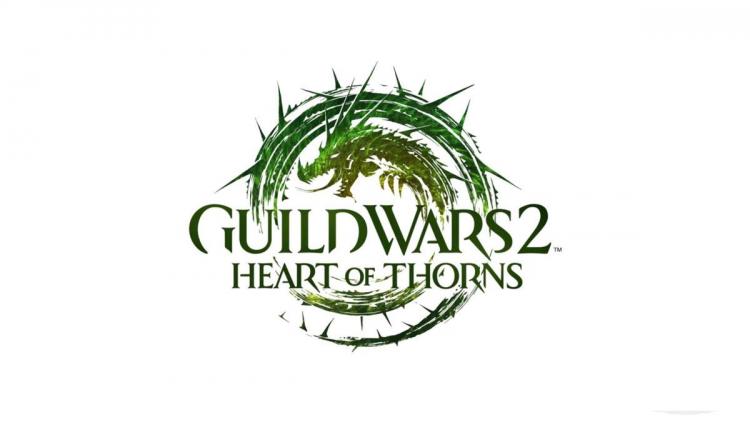 I’m a sucker for a good MMO, and I’ll be honest in saying I’ve tried pretty much every single free-to-play and trial-based adventure under the sun. Through all of the intense questing and massive social interactions, nothing has quite caught my attention like Arena Net’s Guild Wars series. I was there for the beginning, thrashing my way through Ascalon and thwarting the Charr threat, and I’ve been tugged right back into the world of Tyria ever since Arena Net dropped Guild Wars 2 back in 2012. Unfortunately, the “Living Story” model just hasn’t been holding my attention as much as I would like, and there were times that I ventured out to try new titles like ArcheAge and Wildstar, as a product of stagnant gameplay. I still found myself slinking back to Guild Wars 2, completely unsatisfied by each other MMO that has hit store shelves since its introduction. Thankfully, three years later, I will no longer have to question which MMO I dedicate my free time to, as Guild Wars 2 is finally receiving a long overdue expansion pack.

Unveiled at PAX South, Guild Wars 2: Heart of Thorns is the first official confirmed expansion to hit this entertaining, story driven, combat-heavy online experience. The premise for the release was revealed to a content hungry crowd, and when Lead Content Director Colin Johanson took the stage, he unloaded a wealth of information. GW2 fans have a plethora of new things to look forward to, and the amount of fresh and interesting game additions are enough to squash the stigma that Arena Net is stingy when it comes to new content. For any of you who may have missed the epic announcement, here is a quick rundown of what we can expect when Heart of Thorns releases, hopefully in the near future.

For the past three years, players have been battling each other with a variety of class types. Three light armored, including the Elementalist, Mesmer, and the Necromancer. Three that adorn medium armor: the Ranger, Engineer, and Thief. But strangely, there have only been two classes to use heavy armors, the Guardian and the Warrior. All of that will change, as Arena Net adds a brand new class in the upcoming expansion, the mighty mist-wielding Revenant. This powerful heavy class is seen using the might of fallen heroes, drawing power and energy from the mists themselves and unlocking a variety of skills dependent on which famous Tyrian they are conveying. We are unsure exactly how this class will function, and if it will be able to cycle skills like an Elementalist can. In the trailer for the upcoming release, the Revenant can be seen wielding a straight-sword (one-handed) and at one point it seems as if the class is capable of using a polearm, a weapon not currently available in the GW2 universe. Developers have stated that we will be learning much more about the Revenant in the months to follow. 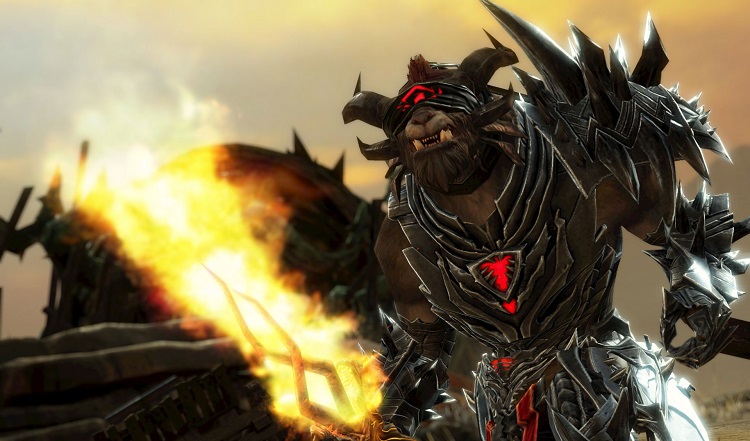 Those of you uninterested in this new magical-warrior will still find a refreshing addition to your class of choice. Each class will be receiving a new profession, allowing that class to use a variety of different skills and weapons. For example, the Ranger will be capable of wielding a powerful nature-imbued staff, while the Engineer will finally step into the melee spotlight with a powerful hammer. Players will be free to discover these new paths deep in the Maguuma Jungle, but developers did hint that switching over to these professions may come with some consequence. If the Ranger decides to become a “Druid,” he or she may lose access to some basic Ranger sklls and abilities. The trade-off is new skills, traits, and elite abilities.

Those of you following close with the story will find a massive explosion of lore. In the current state of the GW2 universe (warning, spoilers ahead for those of you who have yet to finish the current Living Story arc) we see Caithe, betraying Destiny’s Edge and the current Hero of Tyria by disappearing with a valuable egg thought once to belong to the great dragon savior Glint. During this same time, the remaining members of Destiny’s Edge are seen creeping into an infested Maguuma Jungle, when their airships are torn asunder by vines. The heroes are then flanked by vicious looking Sylvari, and are forced to fight for their lives. With the video cutting off, we are unsure which members of the powerful group have survived, and if we have lost any allies during this ordeal. The newest expansion will focus on this conflict, having you venture deep into the jungle to find your friends, most likely ending with a climactic battle against the elder dragon Mordremoth. During the expansion trailer we also get a view at a few Mursaat, a powerful, frightening race that was once thought completely extinct.

Heart of Thorns will also feature a slew of updates and a supposed overload of content including new weapons, weapon types, armors, collectibles, accessories, skins, and even new Legendary weapons you can craft and wield. Arena Net promised the community some in-depth information in the future, and we know that a playable demo of the expansion will be available at Pax East. It’s going to be incredibly interesting to see exactly how much content we will receive when Heart of Thorns finally releases, but for now I am just reveling in the fact that GW2 will soon see a very deserved spark of life.