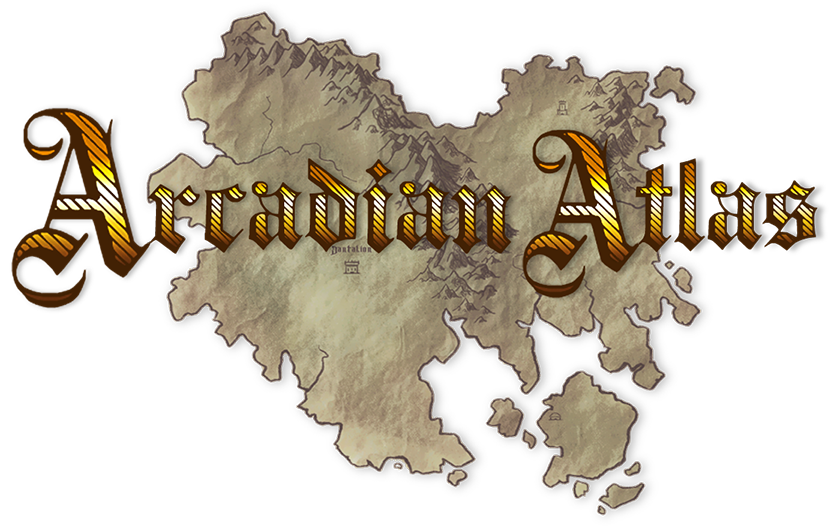 Sometimes you don’t realize what you’ve been missing until it randomly shows up. This is exactly how I’m feeling about the impending release of a new RPG dubbed Arcadian Atlas. It’s been so long since I’ve seen or experienced a game like Final Fantasy Tactics, and I never really realized how much I thoroughly enjoyed that brand of combat until this moment. Seeing all of the proposed elements for Arcadian Atlas created a surge of memories. The art style reminded me of Ragnarok Online (for good reason, considering the developer has done sprite work for that title), the combat reminded me of Final Fantasy, specifically the Tactics series, and the storyline caught my attention with its love-based conflict and old world charm. This is the beauty of the Indie world, as it allows developers from all walks of life to pay homage to the games that inspired them.

Arcadian Atlas is very rough at the moment and is just entering the infantile stages of development. A small team of dedicated game creators is working tirelessly to piece together artistic elements, story arcs, gameplay elements, and unique details. A lot goes into the creation of a game world, and Arcadian Atlas hopes to be a fairly-sizable game that features in-depth combat through a variety of job types. In its current state, Arcadian Atlas will allow you to pick from a job set including; Defender, Knight, Dragoon, Ranger, Rogue, Fencer, and Apothecary. This isn’t a final list, however, and the developer plans to add more unique jobs during development. We do not yet know how easy it will be to swap jobs once in-game, and how deep each job “tree” will go. Limiting switching would create the need for multiple playthroughs, which could be a lot of fun if there are different story-based paths to travel down.

The glimpses of combat we’ve seen in the latest teaser video for Arcadian Atlas feature grids and a nice spinning combat wheel. Much like Final Fantasy Tactics, and other tactics-based titles, you’ll be tasked with moving characters into positions and enabling attacks during each battle phase. Anyone familiar with these types of games surely knows that this style of combat favors a tactical thought process over a brash and hastily rushed attack. This type of combat may not be for everyone, but those of you who enjoy games like chess will feel right at home. Characters and enemies will take turns moving around the grid and will use attacks and defensive moves accordingly. This type of fighting can be very in-depth, and it will be interesting to see what elements that the developer adds to further enrich the combat experience.

From a graphical standpoint, Arcadian Atlas features rich two-dimensional sprites and locations. The world is very much its own entity, but it appears to follow a heavy fantasy theme. The characters themselves are adorned in armors and simple clothes. Swords, bows, daggers, and alchemical potions are just some of the weapon types we’ve seen. Not much is known about the storyline, or what we can expect in terms of story length and depth. We do know that love plays a huge role in Arcadian Atlas, specifically the adage that love can be dangerous. It’s safe to say that we can expect a cavalcade of colorful characters, as we saw quite a few unique faces in the small snippets from the teaser trailer. The developer, Becca Bair, has always been enamored by great story elements, so we can expect a story filled with twists, turns, and solid character development. Combat and beautiful visuals aside, I feel most excited for the potential storyline in Arcadian Atlas.

While this game is still in the very early stages of development, the team behind it is heavily focused on its completion. According to the dedicated website, we can expect to see a Kickstarter campaign pop up for this future release on April 15th. You can sign up for email updates to be notified as soon as that Kickstarter campaign goes live. Hopefully the team behind Arcadian Atlas will receive the necessary funding they are looking for, as I feel that this game could be a wonderful addition to the Indie and Tactics genres. I’ve been itching to play this style of combat ever since I saw the proposed game-plan for Arcadian Atlas, and it has caused me to revisit some of my past favorites. We will be sure to update you on any future news regarding this release.