Being a parent can be one of the most amazing and fulfilling things in life. The joy that a child’s smile brings can be unparalleled. But therein the beauty of parenting lies a horrible scenario, every parents absolute worst nightmare. A Song for Viggo is a new Kickstarter project that explores the darkness and depression of losing a loved one, but amplifies it to the next level. Imagine a world in which you caused the accidental death of your own flesh and blood, it is a terrifying plot that lies deep within the minds of even the most stalwart of parents.

We do everything we can to keep our kids safe, but for one family, a day of joy and exuberance turns to utter sorrow. Simon Karlsson’s vision for A Song for Viggo follows a distraught father named Steve, and his mortified wife, Karen, as they attempt to trudge on through a life with missing pieces. Their son, Viggo, is killed in a tragic accident as the family is returning from a vacation. The storyline isn’t an extravagant tale of magic and whimsy, but instead beats at a monotonous, depressing pace, as a set of parents simply try to “live.” Throughout the journey you will be met with a variety of challenges and obstacles, including fits of OCD, PTSD, and infidelity, as well as a few other heart wrenching debilities. 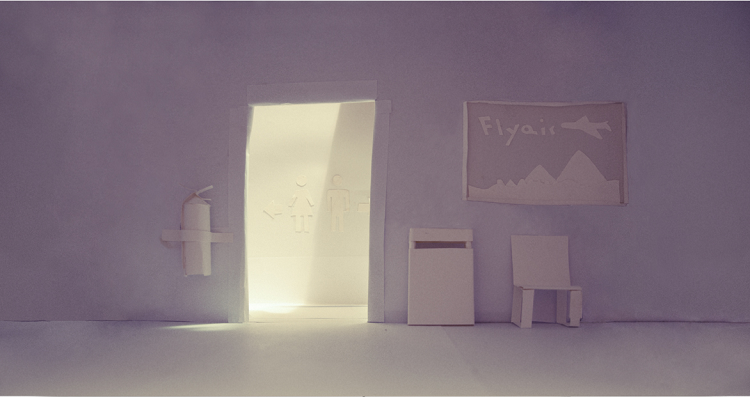 The gameplay is set simply as a point and click adventure, where you will move your character from room to room, exploring areas and completing tasks that would make even the strongest of wills cringe with sadness. A Song for Viggo explores the tasks that parents would need to complete after such a tragedy, including planning their child’s funeral, caring for and ensuring that their remaining child or children are taken care of, and working through their own emotions to keep their family from crumbling apart.

But A Song for Viggo is more than just a depressing tale of everyday life, it is a work of modern art, set upon a medium that is fairly unique to gaming. Developer Simon Karlsson is crafting the game completely from folded and glued paper, in a process that is painstakingly time consuming. He is hopeful that the finished product allows gamers to experience the story in an art style that is completely unique to interactive entertainment. Karlsson is also responsible for the game’s musical score, which features many somber piano-heavy tracks.

It will be incredibly interesting to see A Song for Viggo in its entirety, but one can’t help but question why the developer would choose such an emotionally draining piece of subject matter for this release. This is the type of title that will spark discussion, and will perhaps open a dialogue for those of you that have experienced a similar situation or loss. We aren’t quite sure how it all will end, and what we can expect from this depressing yet artistically beautiful ride, but the journey itself should breed a variety of emotions.

A Song for Viggo has already received funding via Kickstarter and is also featured on Steam’s Greenlight platform, so if you’re brave enough to weather the emotional storm, prepare to see this release hitting Steam sometime in the future.