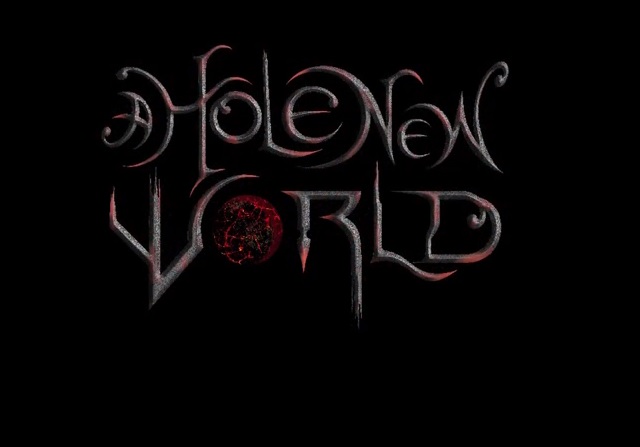 If you grew up during the boom of in-home gaming, you had access to some of the best platformers to ever grace the gaming community. Nintendo’s NES console saw the birth of classic platforming hits like Mega Man, Super Mario Bros., Metroid, Kid Icarus, Adventure Island, and a slew of other jump-fests. Back in the late 80’s, platforming games developed quite the following, and for a while the market was inundated with creative adventures and a series of clever copycats. Fast forward to the modern age and and the platformer obsession seems like a thing of the past. In a sea of impressive AAA titles and visually stunning works of art, the basic platformer seems lost. That’s quite a let down to those of us who grew up on the challenging and entertaining genre, but a lack of quantity doesn’t mean that quality platforming games don’t still exist in the modern gaming age. Developer Mad Gear Games is hopeful to add their upcoming title, A Hole New World, to that exclusive list. 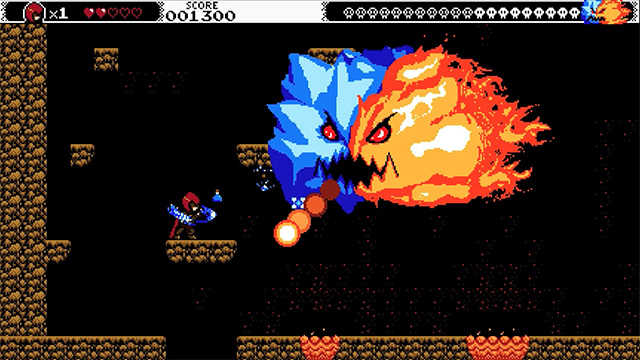 Those of you still obsessed with conquering each and every platformer that comes your way will most likely find immense pleasure and challenge in A Hole New World’s intricate gameplay elements. Drawing influence from Mega Man, Ghouls n’ Ghosts, and Castlevania, Mad Gear Games set out to create an experience that could stack up against some of the more prominent games in the Indie field, while still maintaining an overwhelming sense of nostalgia. Visually, A Hole New World looks as if it burst on scene from the past. The animations, the sprite effects, and the 8-bit graphics make the entire game appear much like it would have, had it released back in the early ’90s. The amount of hard work and artistry that went into the creation of this title is admirable, and the end result is a visual throwback that oozes passion and style. You can see how much love the developers had for the popular games of the past, and it really shines through with each area you pass through.

Artistry aside, A Hole New World features some very interesting gameplay. Upon first glance, the movements and attack spells seem like a cookie cutter match for the Mega Man series. You’re given a series of varying attacks and projectiles, and the mobs you’ll face return fire with a multitude of projectile patterns that must be dodged. Even the weight of jumping and the character movements seem akin to the blue bomber, but that’s where the similarities end and the unique aspects of A Hole New World begin.

As you progress deeper into your journey, you’ll encounter rooms which alter gravity, forcing you to face your opponents, and other perils, upside down. This may not seem like a big deal, but believe me when I say it adds an entirely new level of difficulty. I’ve played platforming games my entire life, and I would like to think that I’m fairly good at them, but flip everything upside down and I found myself flailing to make even the simplest of jumps. Add aggressive mobs that shoot intense amounts of projectiles onto the screen and you’ll be pulling your hair out in no time. But as horribly excruciating as A Hole New World can be, the difficulty spike actually adds quite a bit of entertainment value.

Through all the leaping, spells, and massive boss fights, you’ll come across a small shimmer of story. A Hole New World takes place in a world where chaos and order live side by side. Not appreciative of the evil in the world, a goddess separates the world into two realms, one filled with madness, and the other with peace. After some time, the evil finds a hole in which to enter the realm of peace. The goddess calls upon a hero, dubbed the Potion Master, to put an end to creatures that stalk the realm. Accompanied by his companion, Fay, the Potion Master must slay each and every spec of evil he finds, and close the hole between worlds to restore peace to all. It’s not a story that necessarily plays powerfully through each section, but it’s nice to see a little bit of lore accompany this beautifully designed title.

A Hole New World isn’t available for purchase yet, but it is currently seeking admission to the Steam platform through its Steam Greenlight service. If you’re hoping to see this entertaining platforming romp, be sure to sign in and toss your vote towards it. For more information regarding A Hole New World, be sure to check out Mad Gear Games website here.