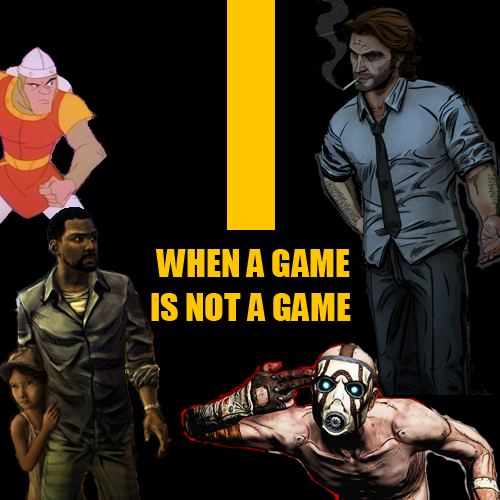 When A Game Is Not A Game

If you were to try to define “video game”, a lot of us would have a similar description of this artistic medium.  With the huge amount of saturation in all genres of gaming, some developers are adopting alternative methods of conveying their stories and ideas. Some attempts at “outside-the-box” storytelling have been applauded for their creativity, while others receive scrutiny for a lack of traditional game elements. In some cases, so much that the very identity of the product itself comes into question.

A few titles of note come to mind when discussing this topic. A perfect example comes in the form of Dear Esther, an experimental title from The Chinese Room. The game involves the player exploring an island through a first person perspective. Oddly enough, however, the game is completely void of goals, puzzles, critical thinking, or any gameplay mechanics. Instead, it opts to provide an alternative way to provide a narrative to the player – through exploration. The story is told through spoken dialog as the player roams around the island setting. Some lauded it’s originality while others questioned it’s classification as a game.

Another example, The Stanley Parable – a  game which guides the player through it’s narrative from a first person perspective once again. What sets this title apart from Dear Esther is the ability for the player to make choices which effects the outcome of the narrative. The Stanley Parable takes this concept and presents it to the player on steroids. Even with their similarities, The Stanley Parable succeeds where Dear Esther falls short -engaging the player. It is this aspect which has given a huge amount of notoriety to Telltale recently as it’s titles like The Walking Dead and The Wolf Among Us blend player’s choices into their storytelling effecting relationships and outcomes within them. This not only adds replayability, but gives the player a sense of participation and weight to the outcome of the story.

This, although, is not a new idea. Some may recall the  popularity of FMV titles like Dragons Lair, Doubleswitch, and Night Trap from the last decade. These games were some of the first to blend traditional storytelling methods with interactivity available through the medium of a console or computer. Albeit, with the pace at which technology improves, the appeal of these titles quickly faded to memory. As such, it is exciting to see the popularity of this genre rise once again. With upcoming titles using the Game of Thrones and Borderlands franchises Telltale is almost positively burning the midnight oil. Some even question if it has bit off more than it can chew. Speculation aside, we’re anticipating a fresh genre emerge within the community. It’s a great example of how compelling story telling and memorable experiences can have a lasting effect.

Sometimes when a game isn’t a game it becomes much more than the sum of its parts entirely.