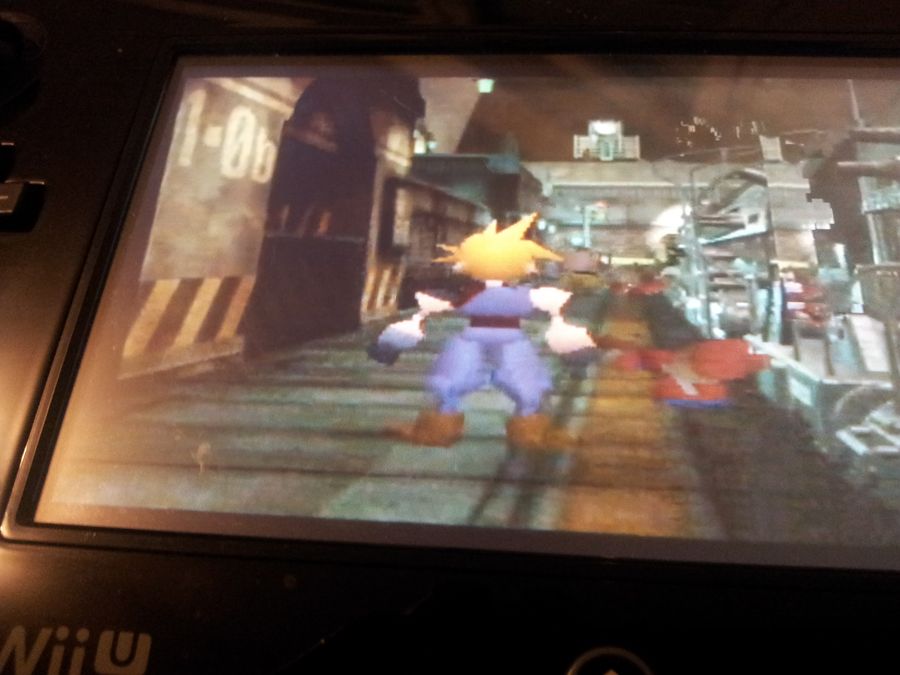 I was recently given Nintendo’s latest home console and while there are many areas in which it is lacking, it has at least one feature going for it: off-TV play. Video games consume my life, so living with someone who enjoys video games is a godsend, but it’s understandable if that person would prefer a break from them every now and again. Never again would I need to leave the bedroom if I want to get in a late-night gaming session without disturbing someone else’s sleep.

Off-TV play is something that is rarely mentioned in North American ads for the console, but the inclusion of such functionality was a sticking point in the system’s design. Nintendo’s goal with this console, slightly similar to its goal with the Wii, was to keep families together. At least, in close proximity.

There are apparently (I can’t vouch for this) many homes in Japan that only contain one TV, so if it’s being dominated by someone playing video games, family members who aren’t interested in video games might opt to leave. Nintendo implemented the Off-TV play with this in mind, allowing for gamers to take pleasure in their hobby while letting their parents/siblings/significant others enjoy watching whatever’s on TV. Nintendo would rather families spend time together than not, even if they aren’t actually dedicating their energies toward the same objective.

The PS Vita and Nvidia Shield both offer this type of functionality, but what makes the Wii U option stand out is what the hacking scene is doing with it.

Much like they did with the Wii, hackers have already made great strides bypassing the Wii U’s system security. The impressive progress was detailed last month during the 30th Chaos Communication Congress in Hamburg Germany, an annual meeting of the international hacking scene.

There’s a lot of technical jargon that would take me months to comprehend, but around 48 minutes in is when the magic – or potential for it, anyways – begins.

The presenters start running a game on the GamePad through their accompanying laptop. The crowd erupts at the site of the controller successfully displaying The Legend of Zelda: The Wind Waker. While that may not seem so impressive to the unknowing viewer given the HD version of the game is already available on the Wii U, what’s notable is that they were running the GameCube version via the Dolphin emulator on their laptop.

The high potential is made evident through one particular slide presented during the event. It showed the Wii U GamePad running the seminal PlayStation JRPG classic Final Fantasy VII.

It’s a bit unstable for the moment, as it is in the early alpha stage and the team responsible admits that there’s much work to be done. However, let’s consider the implications of this feat. You would be able to play any PC game – anything available via Steam – on the GamePad in the comfort of your couch or bed and you would also have conventional controls to work with.

I must stress that this article is not in any way backing piracy. Hackers are attempting to cultivate a viable homebrew ecosystem and there are many legal and practical applications being worked toward.

One of the complaints gamers have levied against the Wii U – disappointingly a stance many developers also take – is that it isn’t “next-gen.” (It most certainly is, but that’s a topic for another discussion.) Third-party support is relatively poor in that regard. However, if effectively and efficiently streaming games via PC comes to fruition, the Wii U’s library theoretically explodes. (Dark Souls 2 on the Wii U GamePad? Yes, please!) And with that expansion, the system’s value undoubtedly increases, compellingly toward “must-have” territory.

The presentation notes that the touchscreen is working fine and latency is also good – so point-and-click adventure games would be a perfect fit – but beyond that, the practicality of PC-to-GamePad streaming is enticing. Although not pressure sensitive, coupling the GamePad’s screen with some creative software would make for an incredibly cost-effective alternative to a Cintiq graphics tablet, for all of you creative folks out there.

There’s no way to know whether or not the attractive combination of off-TV gameplay, massive library of games, and just general usefulness and convenience would translate into sales, but it is an intriguing proposition that could certainly bolster Nintendo’s flagging console.

And Nintendo would have hackers to thank.