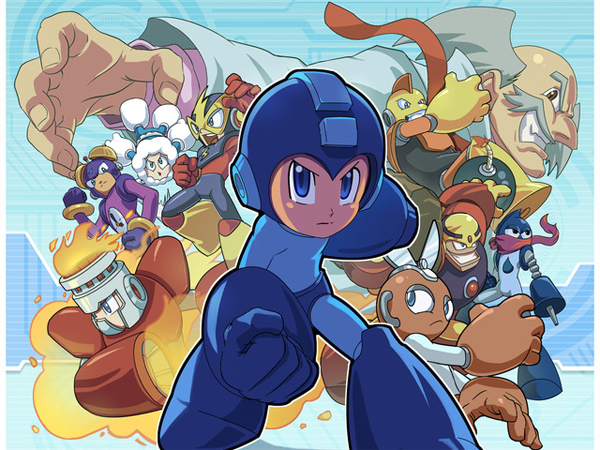 People Still Love You, Mega Man! Even If Capcom Doesn’t

For reasons incomprehensible to the gaming public, Capcom seems intent on letting Mega Man, its erstwhile yet still iconic mascot, waste away.

It can’t be due to poor sales. Across dozens and dozens of games from both the main and spin-off series, the Mega Man franchise has accumulated over 30 million software sales. Sure, the series may never reach the lofty heights of the Street Fighter or Resident Evil franchises, both of which have garnered more sales with less software title releases, but Mega Man stands as Capcom’s most prolific and third most popular franchise (in terms of sales) over its decades-long history.

It’s also not as if public interest in the series is waning. The retro-inspired digital releases of Mega Man 9 and 10 garnered enough sales to please Capcom higher ups. Additionally, one of the most recent releases, a free, Capcom-approved, fan-made game called Street Fighter X Mega Man, managed to surpass one million downloads earlier this year.

However, recent years have been unkind to the robotic hero with a heart. In 2010, the decent looking 3D-sidescrolling action platformer for PlayStation Network and Xbox Live Arcade, Mega Man Universe, was announced with great potential as it took on the LittleBigPlanet approach of player-made level and character customization and sharing. Only a year later, the game was subsequently cancelled due to “various reasons.”

There’s also the infamous situation surrounding Mega Man Legends 3. In 2010, the game was announced for the 3DS and was set to pick up narratively where Mega Man Legends 2 left off over a decade ago. Partnering with fans via the “Devroom,” development of MML3 offered promise to an unfortunately overlooked spin-off series (the main female lead’s design was even decided by fans). However, less than a year after its announcement, it too was cancelled. Hilariously, Capcom then went on to blame fans for its demise via Twitter.

Mega Man hasn’t had his own game for far too long. It’s an unworthy – some would say disrespectful – fate for such a long-running, important, and impactful character. So, where does Mega Man go from here? If this year is any indication, it’s into the hands of other companies who are featuring Dr. Light’s diminutive creation in weird and exciting ways.

This year, Capcom has gone from disrespecting one of its most cherished icons to merely just neglecting it. It isn’t the most ideal of circumstances for the franchise to be in, but hey, it’s progress. 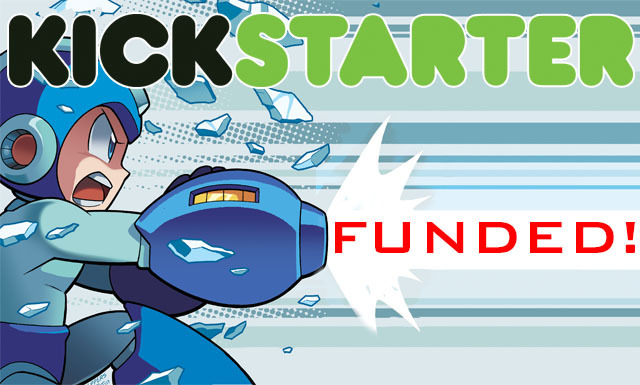 Jasco Games – a design firm specializing in tabletop games, competitive card games, and board games – intends to create a board game based on the Mega Man franchise. The Kickstarter campaign opened up today and, within only a few hours, it handily surpassed its $70,000 goal. The board game aspires to recreate the classic feel of the franchise for 2-8 players. How you translate the gameplay of a sidescrolling platformer into an actual physical board game is beyond my comprehension. However, all I know is that despite that complexity, a board game raising almost double its initial goal (it’s sitting at around $137,000 as of this writing) in less than a day thanks to being based on the Mega Man license should be enough to prove that love for the property is still going strong.

Further, during E3 2013, Mega Man single handedly saved Nintendo’s announcements from relative obscurity (it was the year where both Sony and Microsoft were going all out with information regarding their newest consoles, after all). With the hotly anticipated next entry of the Super Smash Bros. series for the Wii U and 3DS still off in the distance, Nintendo used their E3 Nintendo Direct to offer a glimpse of what’s in store for fans. The Smash series has become known for wild mash-ups of characters from different franchises and it was only natural for gamers to wish for Mega Man’s inclusion. They did so for years, but thankfully with the next game, that dream is finally coming to fruition.

It’s good to be cautiously optimistic, it not downright skeptical, but this bodes well for the franchise’s future. Roy and Marth’s presence in Melee, and Pit’s presence in Brawl helped build awareness and fortify fanbases for the Fire Emblem and Kid Icarus franchises, respectively. Granted, those are first-party intellectual properties, but Sonic’s inclusion in Brawl certainly helped with the hedgehog’s recent proliferation. Here’s hoping that Mega Man’s presence propels him to his former fame and he gets the attention (i.e. dedicated headline games) that he deserves.