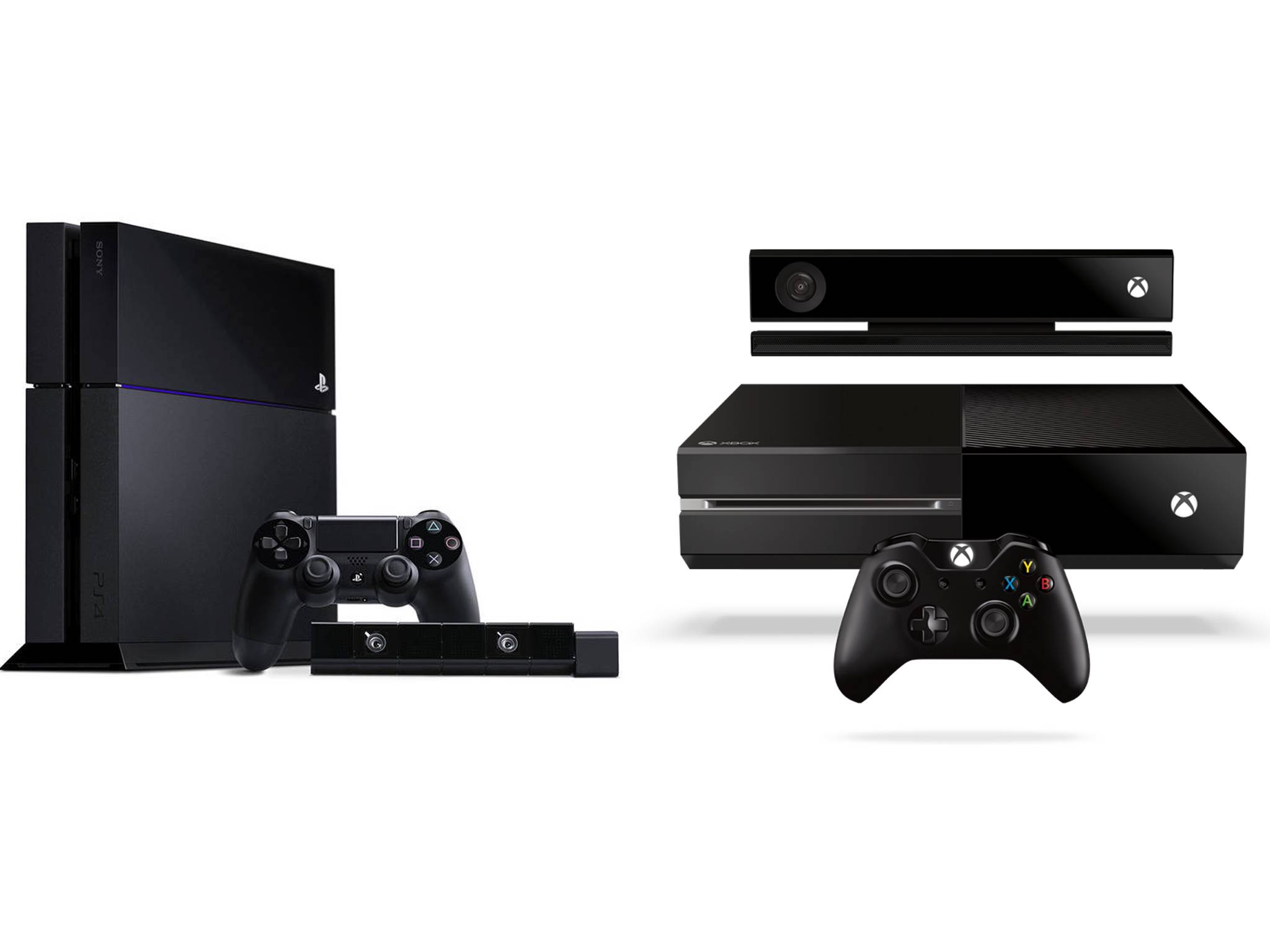 PC vs. Console; The New Wars

Every time there is a new generation of consoles we end up with a huge retail war in which gamers pick a side and verbally assault one another about which system has the best everything. Call them diehards, or fanboys(girls), call them whatever you want, but these individual’s march to the beat of their own drum, with a sense of unwavering dedication that is — almost– admirable. I can’t tell you how many times I’ve grabbed the popcorn and sat back to watch a web argument about consoles. But what many of you console gamers out there may not consider, is that you have an enemy that you should be uniting against. An enemy that is always at war with you, and is secretly demeaning you behind your back. I’m talking about PC.

Now before you all get upset and start sending me hate mail, I’m not saying that all of the PC community hates console or vice versa. Sure, there are definitely groups out there that battle one another for “gaming superiority,” but I’d consider these groups to cells, and they definitely don’t represent the majority. I, for one, am “pro-game” and have this silly hope that one day we can all live in harmony and just play the games we enjoy on the outlets we enjoy without having to tear apart someone else’s belief system. All that kumbaya-ing aside, let’s get back to the point.

Console gamers are in constant war with one another. As soon as a new generation of systems hits the market, players are squabbling about features, exclusives, and whatever else they feel is relevant to give their beloved system an edge over the competition. Let’s be honest in saying that the gaming community is more competitive with each other than the companies that actually produce the hardware.

But take away the diversity of the console sector for a moment, imagine that, for the sake of this article, there is no “console war” and that one console reigns supreme and is the only option for console gaming. All the fighting and bickering ends right? Wrong, because it isn’t just console players that are fighting with one another, PC has a dog in this race too. PC has been a long standing candidate for the “gaming superiority” award, and the differences between PC and console are much larger than the differences between Xbox One, Wii U, and PS4.

But what exactly are these differences and who has the edge when comparing a console to a PC gaming machine? There are a lot more variables than one would think, and unfortunately for gamers the decision between outlets may not be as easy as everyone else assumes. Let’s break down some of the biggest issues that divide the PC and console world, to give you a better look at why PC and console gamers don’t live in the same worlds.

Console creators are starting to implement more and more “basic” PC components into their systems as we progress further into the future. The line in which PC and console differ internally is starting to blur. But PC still has a main advantage over the console community with its ability to easily swap and replace pieces of hardware, allowing it to constantly upgrade and repair. If a PC stops working, and you have the know how, you can simply order a new part and fix it up yourself. Console isn’t as forgiving and you’ll end up sending the unit back for a replacement, unless you’re into fixing consoles and know your way around one without blowing it up. 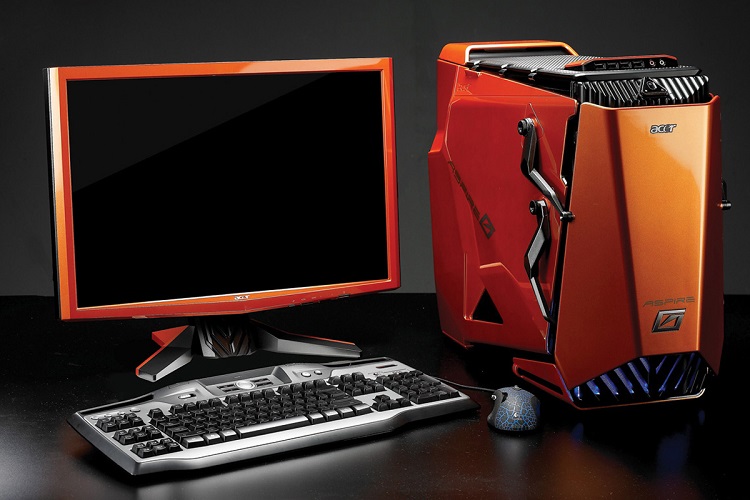 PC components can be costly if you want to upgrade your system to be the “best of the best” and fortunately for console gamers, upgrading is not something they have to worry about. Everyone who plays on an Xbox One, for example, is on a level playing field and barring any wacky “at home mods or upgrades” everyone has a cookie-cutter version of the system. No one person has a better system than another.

If you’re like me, games reign supreme no matter what you’re playing on. Each outlet has its own version of an “exclusive title.” You won’t be playing Grand Theft Auto 5 on a PC, and likewise you won’t see anyone slashing their way through World of Warcraft on a console. Exclusivity isn’t something that can be used as a good comparison tool. Every system has exclusive titles and it’s hard to say that any one outlet is better than the other in this respect. But there is one comparison  for games that really separates PC from console. 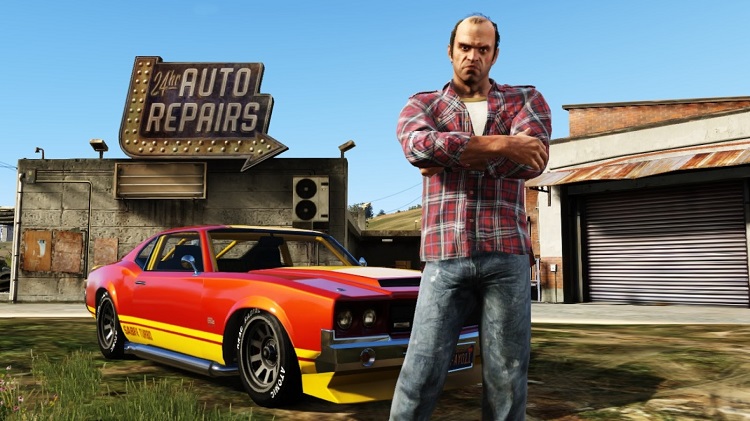 Price point is something that a lot of PC gamers out there will argue. Steam sales, general retail prices, Humble Bundles, there are a variety of ways to get brand new (or recent) PC games for almost half that of traditional console game costs. But PC doesn’t allow for rental, and to some gamers, myself included, that’s the only way to get a hold of a lot of different titles. 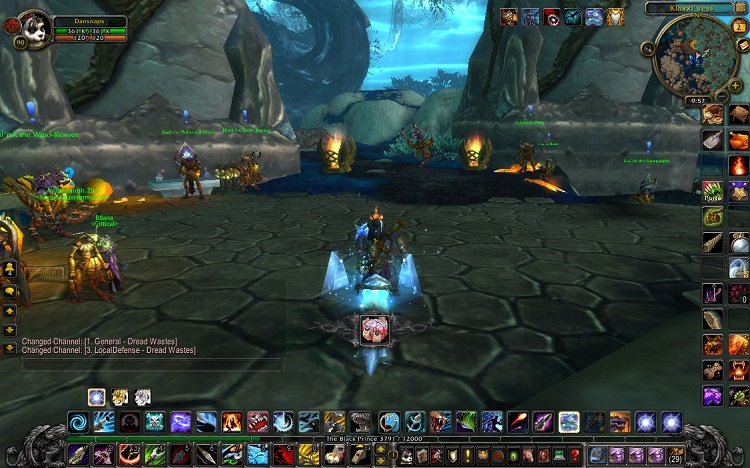 I use Gamefly, and the ability to get games shipped to my remote area, on a rental basis, is a huge thing for me. If I had to pay for every game I play I wouldn’t have enjoyed nearly as many titles over the years. I know PC games are cheaper, a lot cheaper, but it still adds up over time and rental is still the best choice for me. If there is ever a day when PC games become a rentable entity, it may make more sense for me to enjoy my titles primarily on a computer. Until then, however, I’m stuck.

I also want to add, in fairness, that PC does trump console in the realm of DLC. Console gamers are usually forced to pay quite a lot for a small amount of additional gameplay. While PC gamers are free to access an entire realm of modifications and player-made add-ons that really help to increase the longevity of enjoyment for most titles.

This one is tricky, and it is perhaps the most heated argument whenever players from opposite sides of the fence take aim at one another. I have been across many a forum in which PC gamers are eager to point out that consoles are “dumbed down” and for “kids.” On the other side of the argument, console gamers are quick to showcase how their machines don’t get viruses and aren’t prone to odd OS-based hiccups.

I’ve used both, a lot, over my years of gaming and I can tell you that each one has their faults. Both PC and console as plagued by hardware issues. There is no arguing or denying that, so no one outlet is better than another in that respect. 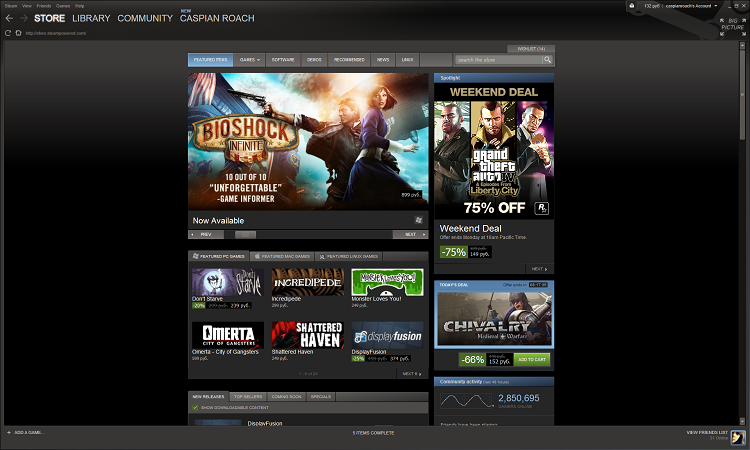 What I am growing tired of hearing is that “consoles are dumbed down.” I can tell you that a majority of console gamers don’t play their systems of choice because they have a much lower IQ and it’s pretty silly to assume that is the case. Likewise, you don’t have to be an “egghead” as many put it to enjoy PC games. The gap of complexity between PC and console is pretty small when you really look into it, and programs like Steam make it even easier to download and place games on a PC without much prior knowledge.

What I’m driving at, is that the console-PC wars are completely unreasonable. Heck, I even think the normal console wars are unnecessary and trivial. But when it comes to PC and console it’s about choice, and we should really stop all this elitist nonsense. I have a PC and a console and I play both for exclusive titles and a change of pace, but that doesn’t give me the right to bash on one outlet or another. Can’t we all just get along? I know that sounds horribly corny and cliche, but can’t we?

What do all of you think? Is it unreasonable? Why is there so much bad blood between these two outlets?