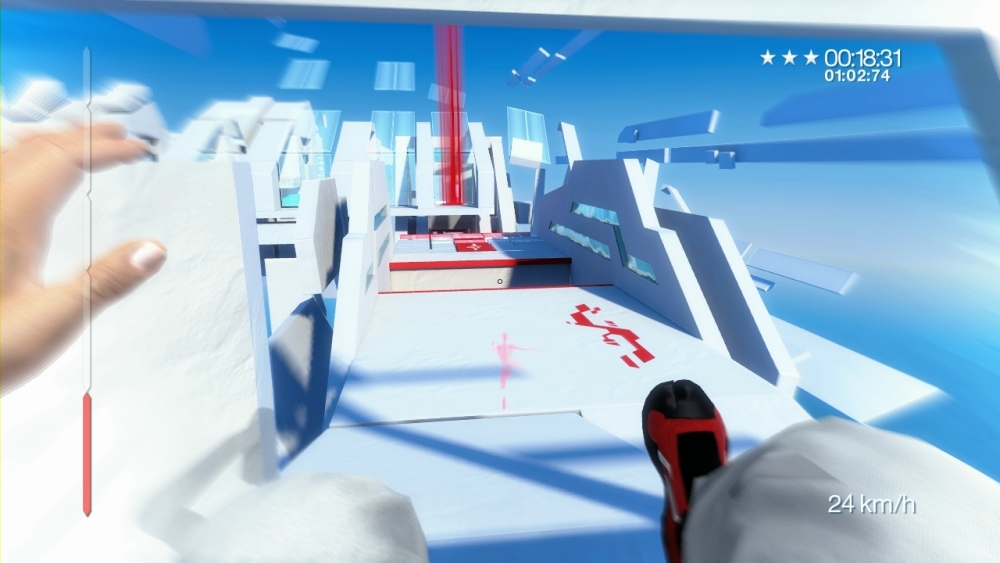 Remember back when the Nintendo Wii came out and everyone lost their minds? The sheer excitement associated with that system, the way it operated, was surely one of Nintendo’s better accomplishments in recent years. “The tennis racket really moves!, and “look how realistic the golf swing is!,” were just a few of the things I remember hearing when the developer released its motion-control system, complete with Wii Sports. It was incredibly childish to some, and a gimmick to many, but to a select few, it was a glimpse into a motion-controlled future, a future that promised incredible immersion.

Unfortunately, the Wii had a short run and then “faded into obscurity.” The system itself was still used by many to play Nintendo’s first-party titles, classics like Mario, Zelda, and Metroid,. But the motion-control aspect of the system had lost a lot of steam. That’s where Microsoft came in, picking up the torch and setting forth with a project that promised to greatly improve on interaction and accuracy. The Kinect was born, a peripheral that could do everything the Wii could, without the need for a controller. It had greatly improved motion capturing and mimiced human movement with greater accuracy thanks to its built in tracking camera.

It too met the same fate, failing to gain much traction as an established means of interacting with games. The Kinect isn’t completely at fault though, a lot of the blame lies with third-party developers, who shunned the peripheral, claiming that it was “too difficult to develop for.” The Kinect is constantly seeing upgrades and software updates, but even with the new Xbox One it’s still treated as a gimmicky voice-controller, more than a futuristic means of interacting with games.

But even if these devices failed to re-shape gaming as we know it, they opened the doors for the “continuation of study,” if you will. Three new companies have popped up recently, attempting to crack the code on virtual reality and gesture-based entertainment, Oculus VR, Virtuix, and PrioVR. Each of these companies is developing a “different piece” of the virtual reality puzzle, and their creations are starting to garner a lot of hyper from the gaming community. But are these devices here to re-energize this aspect of the market, or will they simply fizzle out, only to be labeled as gimmicks? 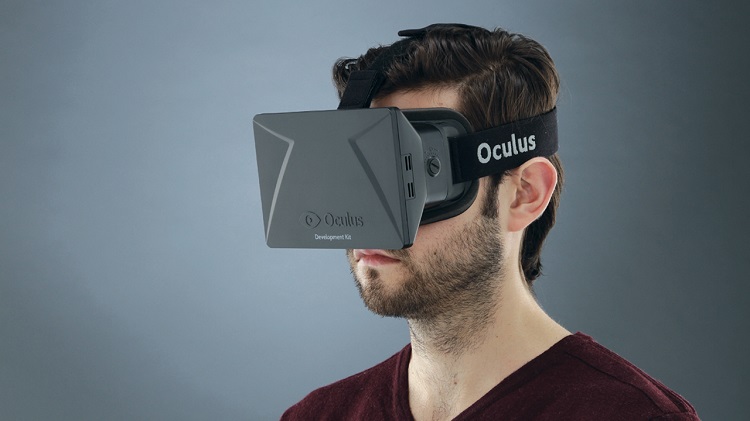 First up is the Oculus Rift, an immersive creation from Oculus VR. The Rift is an ambitious attempt at visual virtual reality. This isn’t new technology, and virtual reality helmets have been around for some time, but this is the first time we are seeing a sleek, small, consumer-friendly design. This is also one of the first times we are seeing a helmet that is capable of performing with a variety of high-end games. Does anyone remember the Virtual Boy? This is nothing like the blood-red, 2D side-scrollers we are used to seeing. We’re talking full color and graphic intensive 360-degree views, in first-person shooters, action titles, and potentially any type of game.

The Oculus Rift is as far from the “gimmick” label as possible. This isn’t the type of tool that could “fail” in the traditional sense. If the Rift is crafted correctly, and if it works with any title (or a majority of titles) then it could single-handedly change how we view games. Even if we are still using controllers, we will be able to “live” inside these games. To immerse ourselves and completely block-out any outside distractions. It will appear as if we have actually been implanted into the title, and that is something I think we can all enjoy. No motion-control, no gimmicky games, just pure, immersed, 360-degree viewing. 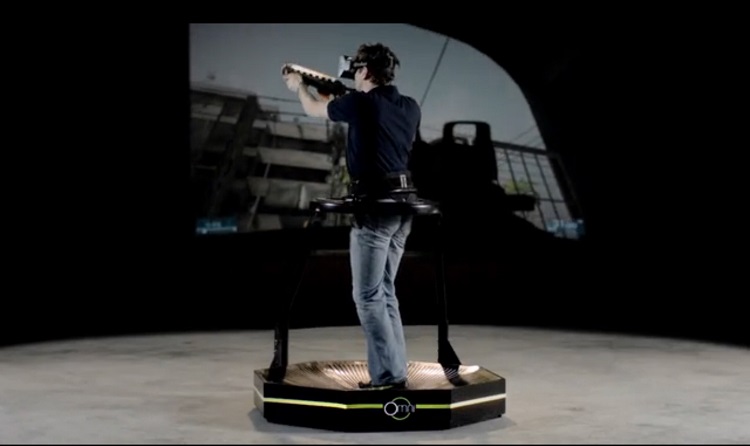 This is a little more “niche” than a simple visual headset. Virtuix has developed a octagonal shaped treadmill, dubbed the Omni. This device straps you into a harness that keeps you from falling over, and then allows you to virtually walk around landscapes. You stay firmly harnessed in place, but thanks to the treadmill you feel as if you’re really walking through a virtual world. It’s relatively simple and although it appears to be fairly large, it does seem sleek enough to fit comfortably in most living rooms. It may not be the most practical looking of devices but it does serve an immersive purpose.

The gimmick/golden line on this one is pretty thin. In one hand, this is an incredibly intelligent device and it allows us to move throughout massive game worlds without actually leaving our homes. But one has to question just how practical and affordable this item will be to the average gamer. Early reports suggest that the Omni will be thousands of dollars, quite a hefty price tag to pay for a peripheral. You also have to question how well it’s going to fit into the average home. Exactly how big is it, does it require a specific surface? All of these questions will have to be considered carefully by Virtuix if they want the Omni to become a household name. If they succeed though, and this device is priced affordable enough, it could definitely be a step (treadmill joke, sorry) in the right direction. 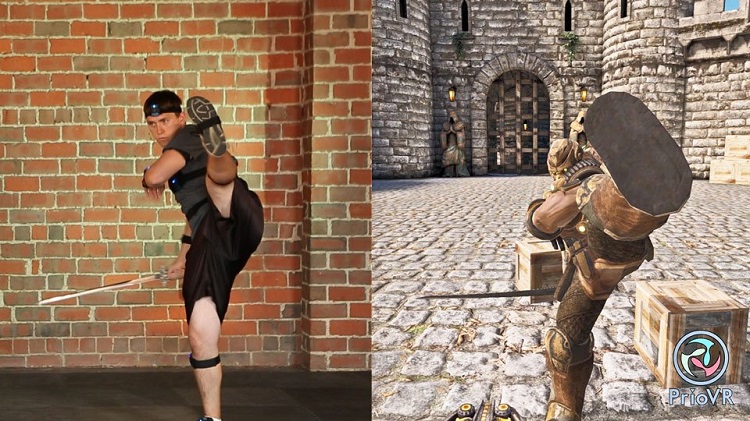 The PrioVR system is perhaps the closest relative to the Kinect and Wii. This full-body (or half-body) suit turns you into a virtual realty juggernaut by allowing for incredible in-game accuracy and motion-capture. Imagine the Kinect on steroids, which such impressive motion-mapping that it is able to mimic your every movement, right down to the wiggle of your fingertips. This is perhaps the vision that both Microsoft and Nintendo had for their products. A fully immersive, powerful, accurate system that correctly captures all and any moment a player makes. The videos and statistics on the PrioVR website cast this system in a very impressive light, showcasing what it can do as well as the technology behind it.

But the prospect of a “suit” may turn a lot of gamers off to this idea. Sure, it gets the job done, and it appears to be incredibly accurate, but are gamers ready to strap on a full body suit? Remember, the Kinect requires no suits, controllers, or wearables. A simple camera and everything is set up. Although, the Kinect doesn’t appear to have near the motion-capture power that the PrioVR. It’s very tough to determine of this suit system will be a success on it’s own.  It seems like an awful lot to go through and fairly uncomfortable, but if it really works like PrioVR promises, it might be worth the hassle to some.

No, that’s not a fancy name of a hidden piece of hardware that I haven’t told you about. Simply put, the Trifecta would be the perfect bonding of all three of these pieces of tech. The visual input of the Oculus Rift, the movement-based value of the Virtuix Omni, and the accuracy of the PrioVR. Each one of these devices serves a purpose, and while they may seem like a gimmick on their own, united they offer the perfect gaming experience. Think about it, you’re moving seamlessly through a 360-degree virtual world, interacting with objects, enemies, and your environment with the upmost accuracy. You look down and see your virtual arms, your virtual self. You are completely immersed from head to toe and without the hustle and bustle of the outside world it’s almost impossible to tell if you’re still present in the real world. It is something that most gamers dream about, the ability to live within their favorite games.

With the introduction of these three devices, even if they completely fail, we are one step closer to achieving the real prospect of fully immersive virtual reality. Only time will tell what’s in store for these peripherals. But I, for one, am very excited at their potential.