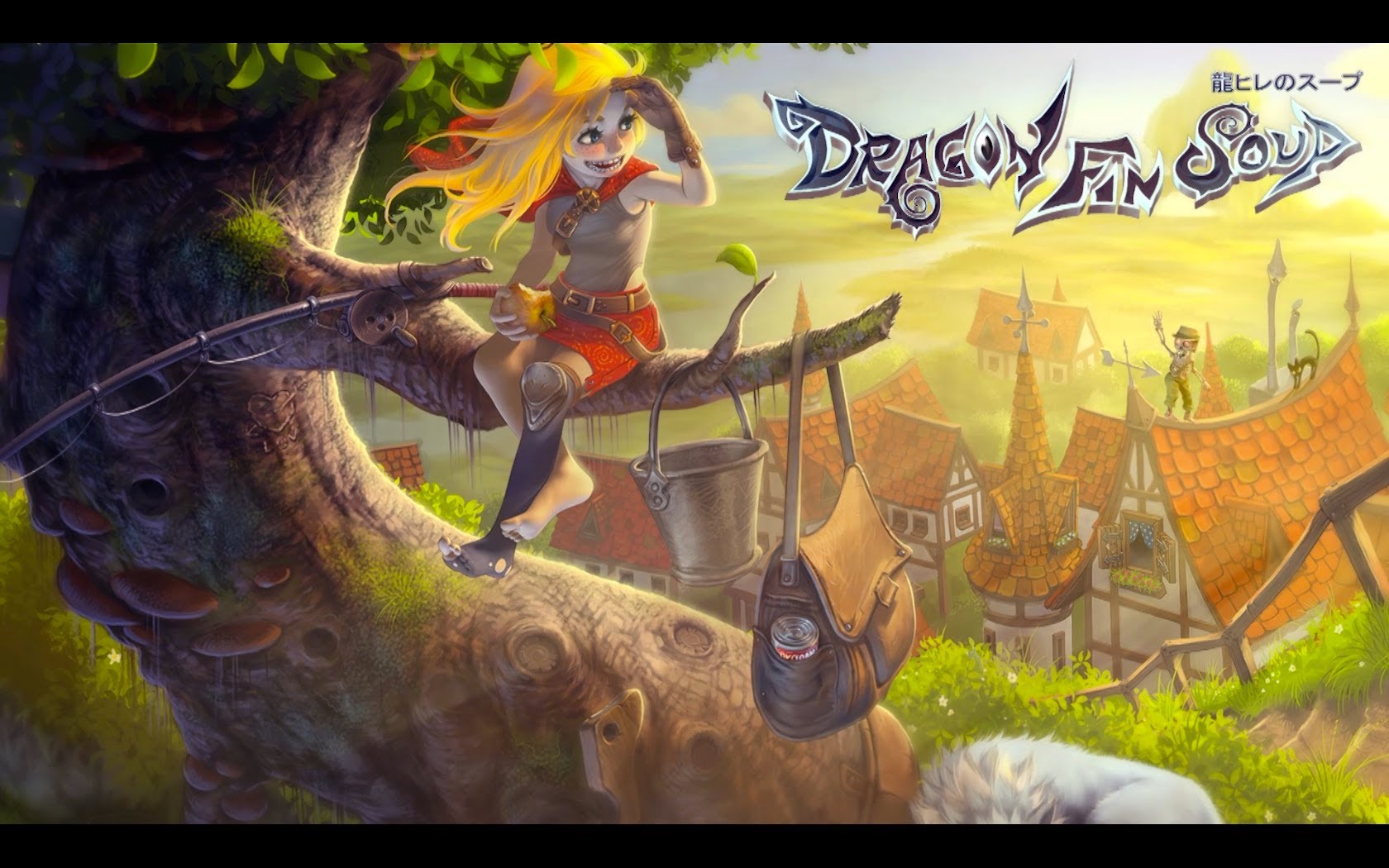 People who know my tastes in video games understand that I value narrative over all else. It ranks just slightly above gameplay and music and sound, and way, way, way above visual appearance. Give me an amazing story and I am quick to forgive any other aspects in which a game may be lacking.

It’s one of the very main reasons why I hold the Ace Attorney series in such high regard. Its intricate storyline, memorable characters, and magnificent soundtrack easily overcome its shortcomings as a search-and-click, trial-and-error, save-scumming game.

Needless to say, I’m not one to oooooh and aaaaah at the mere sight of an upcoming game. With more powerful hardware in capable developers’ hands, it should be a given that new software should be pretty. I don’t tend to fawn over how a game looks because a beautiful game that plays terribly is, well, still a terrible game.

That said, have you seen Dragon Fin Soup!?

I don’t quite get the title – perhaps it’s meant to evoke a sense of rarity and risk by kind of, sort of sounding like shark fin soup? – but it certainly isn’t bland-sounding like the majority of easy-to-sell blockbuster titles nowadays. Infamous? Yawn. Call of Duty? Scoff. Grand Theft Auto? Pffft.*

And it’s a Kickstarter project, no less! You would have to expect that kind of creativity from a game seeking crowdfunding. After being wooed by the wonderful art direction this game oozes, I of course did my due diligence and looked into everything else this game would entail. Thankfully, it seems as if it will play as spectacularly as it looks. 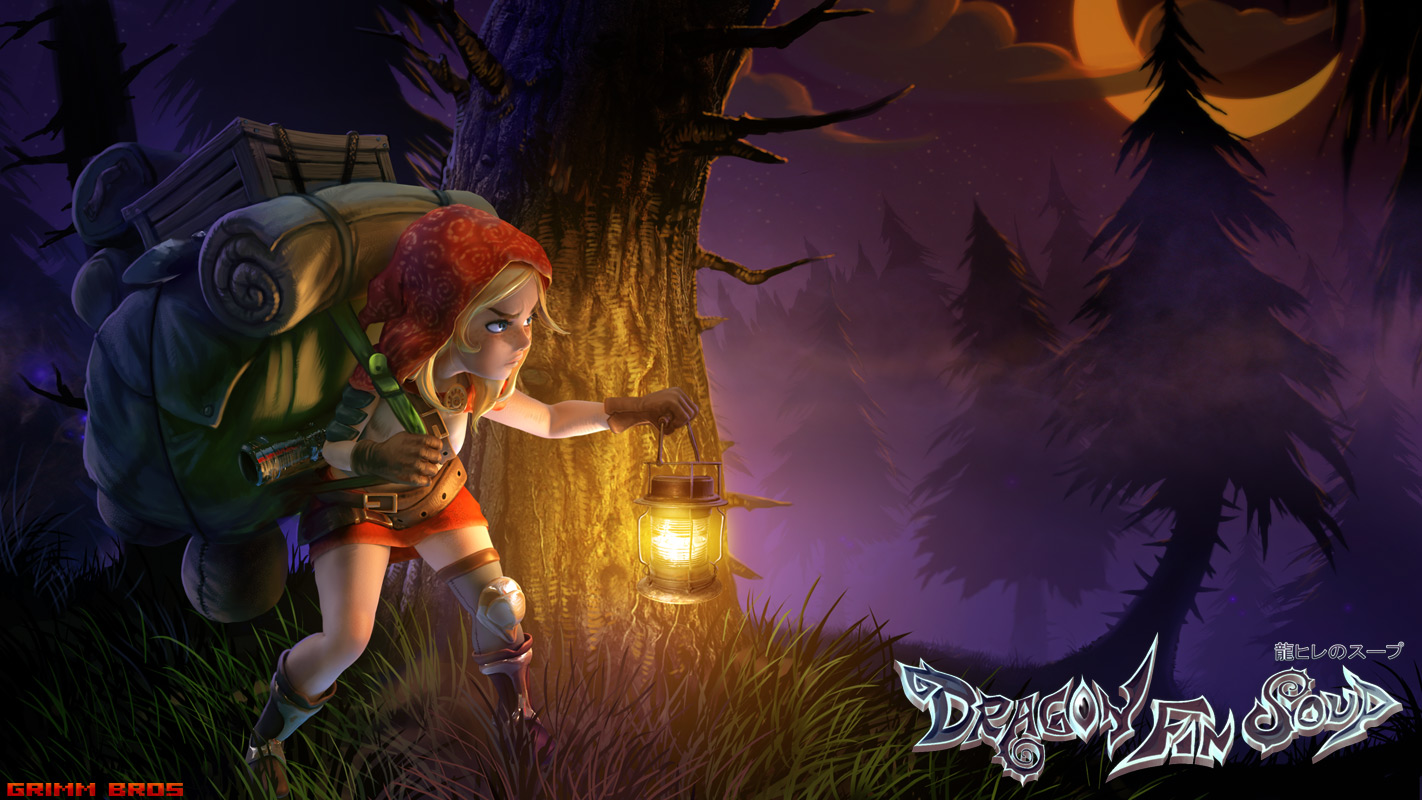 In development by the fittingly named Grimm Bros studio, Dragon Fin Soup is a game inspired by the Japanese role-playing genre spiced up with roguelike trappings.

Mixing familiar JRPG gameplay with strategy and resource management mechanics promises that the game will be deep. For those looking for more of a challenge, you will be able to play on a more difficult setting where you will have to deal with the prospect of permanent death. The trick is to strike a balance between daunting and rewarding, but it appears the developers know what they’re doing.

As protagonist Red Robin, a Little Red Riding Hood-inspired character, players will be able to partake in many non-combative side mechanics such as crafting, fishing, digging, mining, and cooking. All of these aspects should help bolster the main game, likely providing useful items and effects from the multitude of loot you’re likely to naturally accumulate. 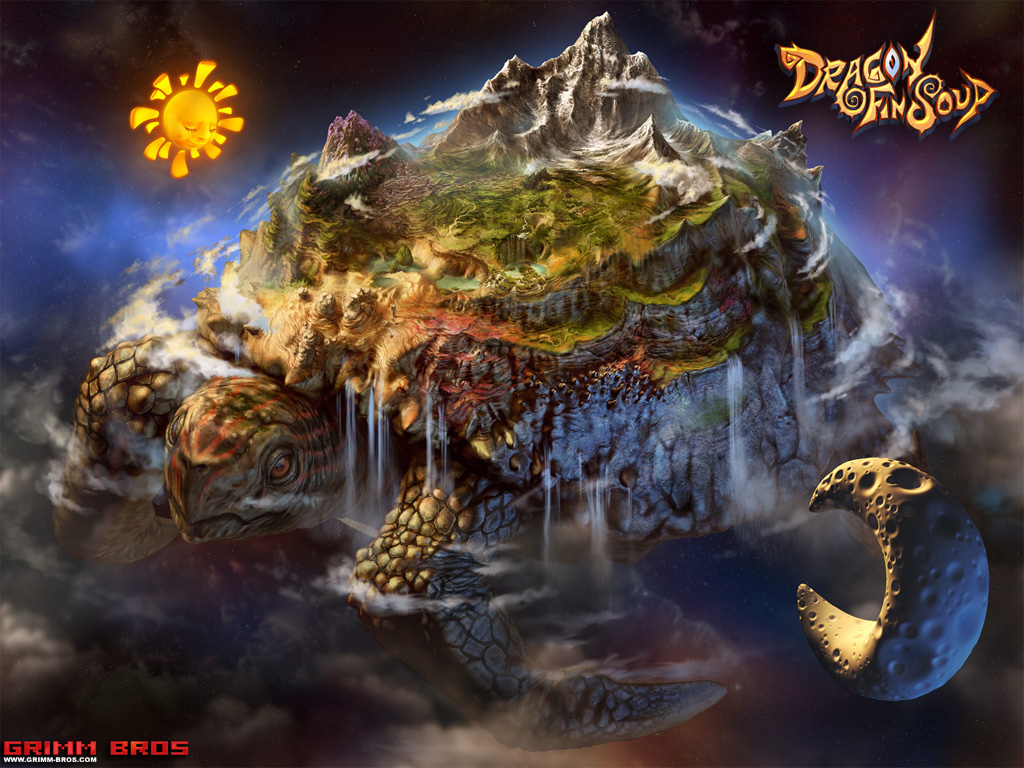 The game is set in a Grimm’s fairytale-like world with a wonderfully inspired setting. The adventure takes place on Asura, which is a giant space turtle. (I mean, come on! That’s awesome!) To go along with the beautifully original locale is a world that is, according to studio co-founder Ash Monif, “dynamically generated with a large number of prefabricated landmarks, scripted events and random gameplay elements.”

Most intriguingly, the game will feature randomized weather and day and night cycles. Time is said to affect which monsters appear in certain locations, so that, combined with the unpredictable weather, it should have an exciting effect on how the player approaches combat. At the very least, it will ensure that revisiting areas, which tends to be an exceedingly tedious task in most games, will be a fresh experience.

Honestly, for someone who is so pro-narrative, I’m not actually sure what exactly this game is about. All I know is that the small snippets of provided lore affirm that the story will be as deep as the gameplay and I am excited by the prospect of spending hours in this fantastical world.

“We are not trying to retell the stories, but we plan to twist and re-imagine these iconic tales,” says Monif in an interview with Polygon. “Though she’s inspired by Red Riding Hood, she is quite different than the character you might remember from your childhood. She’s cheerful, but she’s also a raging alcoholic who makes her living as a bounty hunter and sword for hire.” 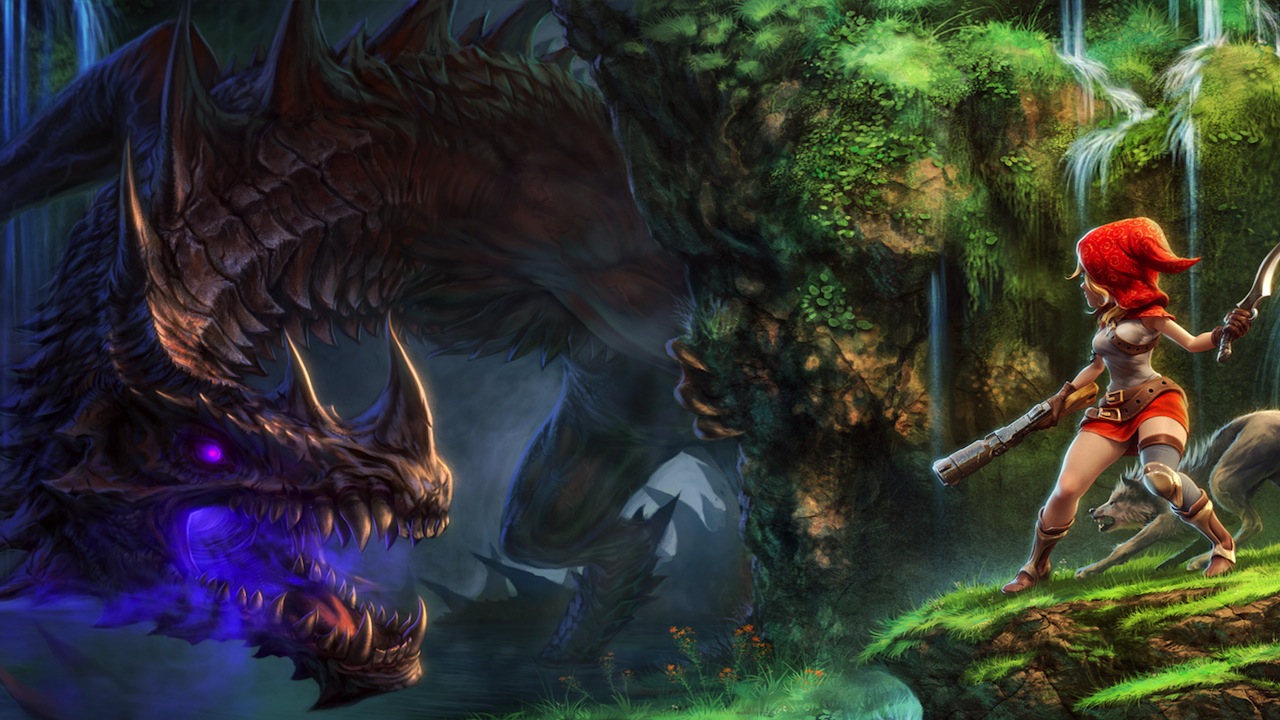 What’s exciting is that, if all goes well, it’s very much a possibility that this universe might encompass more games with newer characters. The developers are already thinking that far ahead. Knowing that they have plans, however preliminary, confirms that they believe in their vision.

“Our characters have flaws, because we think that gives them personality,” Monif said. “It makes them interesting. There’s really no hero, there’s just characters that are going through their life experiences or their stories. So this first game, we decided to call it Dragon Fin Soup, and in it, it starts with her tale, her story. The plan is to add more characters, more fairy tale-inspired characters, farther down the line.”

With all of that in mind, maybe the title really is supposed to conjure up notions of rarity and risk. In this “make it or break it” industry, crafting a colorful, decidedly non-blockbuster with a female protagonist (!) is both an atypical and extraordinary objective.

With the crowdfunding campaign thankfully successful, by more than 250% even, Dragon Fin Soup will be heading to PS4, PS3, PSVita, and, of course, PC. If interested, and you well should be, there’s still about a week and a half left in the campaign to contribute. You know you want some voice acting added!

*I like all of those games, but you have to admit their titles are boring.