Is ArcheAge lacking in execution, or is Free-to-Play a struggling breed?

The ArcheAge hype train has been running at full speed for quite some time now. Ever since developers revealed that the Asia-based sandbox MMO would be coming to the United States, RPG junkies have been clambering to reserve a spot on the promised wild ride. ArcheAge has always been a free-to-play (FTP) title, and the stateside publisher, Trion Worlds, has been adamant in keeping that way. Although in great American Capitalist tradition, the group did try to stimulate their potential cash flow by offering a variety of pricey “founder statuses” that would give some players in-game perks and a VIP status over individuals who didn’t opt for these paid packages. This type of purchase once, then free to play forever business model isn’t something we’re ignorant to, after all, Arena Net has had a very successful run with Guild Wars 2 and its buy-one-time system. But ArcheAge hasn’t gone the path of GW2, and has instead given some players with hefty savings the ability to gain a jump on their not-so financially gifted comrades. 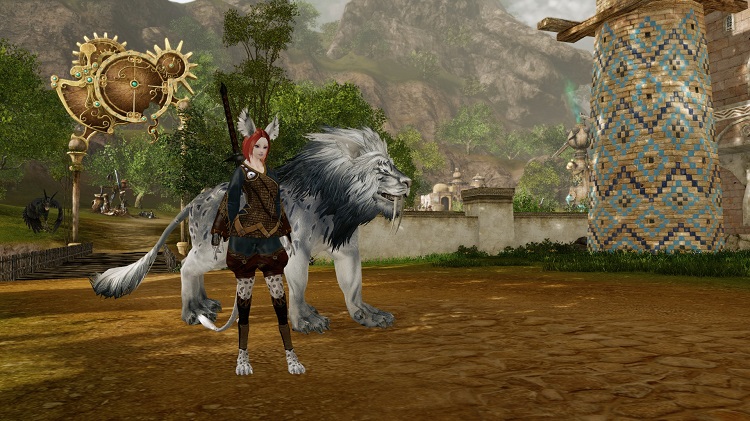 This isn’t necessarily a bad thing, after all, many MMO’s in recent years have been adopting in-game perks and rewards for players who are eager to “donate” to the company’s pot. It’s a business model that can prove very solid if done correctly. Use GW2 again as an example. Arena Net has employed a trading post within their title, that allows players to trade in gems (which can be purchased with USD) for unique and interesting items and weapon skins. But it isn’t a simple money grab, or a begging for fundage. Developers were smart enough to allow players who don’t have access to USD to trade their in-game gold for gems, which they can then use to purchase the same items. This allows any player, regardless of their financial background, to obtain any items that may be released. Better yet, the goodies offered in the GW2 trading post are all cosmetic, meaning no one player can gain more power over another. Although players who learn how to “play” the trading post, and are good with price fluctuations, can earn a hefty sum of in-game gold by putting their smarts to good use.

ArcheAge seems to have gone down a similar path, and offers a cash shop with a lot of in-game goodies and consumables. Most of these items remain cosmetic, and they don’t offer much of a change in the way the title is played. Unfortunately though, there is a consumable called a “labor potion,” which can give some players a decent advantage over others. Labor is a type of currency used within the game world to perform tasks like crafting, building, and even identifying certain items. Normally, Labor is obtained by simply being within the game world. You receive five Labor points for every five minutes that you are logged in. Unfortunately, Labor does not continue to accumulate while you are logged out. That means these potions can be used to gain a significant time advantage over anyone else, allowing you to craft more, build more, and overall, sell more.