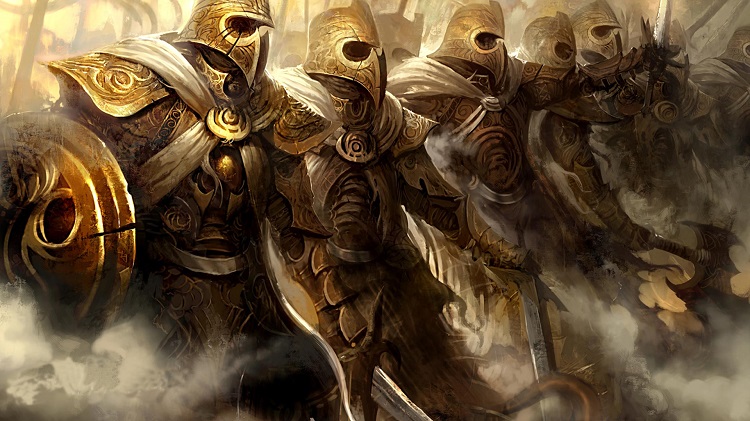 We are rapidly approaching the two year anniversary for Arena Net’s hit sequel, Guild Wars 2, and we thought we would take this opportunity to evaluate how far the MMO has come since it released “way back” in August 2012. Whether you’ve been there since the beginning, or you jumped on the bandwagon a little later, you’ve probably noticed a slew of changes, upgrades, and storyline shifts. We haven’t seen an expansion yet, and we shouldn’t expect one to drop so early, but we have seen a mass of content introduced into the title via Anet’s interesting Living Story. But exactly how far has the release progressed, and has it sustained a hungry fanbase?

The land of Tyria and its constant conflicts are an incredibly important aspect to the Guild Wars 2 experience. From the start of it all, players were tasked with putting an end to the undead scourge, and slaying a powerful elder dragon named Zhaitan. This epic quest stretches far across Tyria, keeping players engaged as they make way through their own customized storyline, based on the choices they make during character creation. It took a while to end the official storyline, but Anet was already working hard on something to keep players busy after they got their character to 80 and put an end to Zhaitan’s reign. 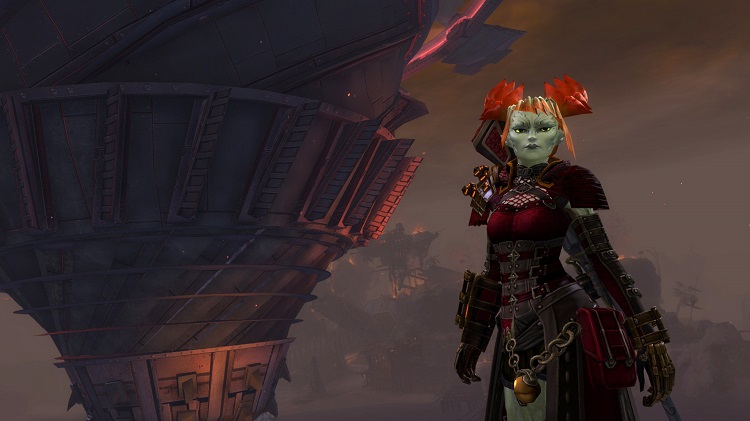 The Living Story began as a simple means to introduce new content and holiday themed goodies to the community. We saw some entertaining events for both Halloween and the Winter season, but the true genius behind the Living Story didn’t appear until January of 2013. In the following months, Anet unveiled Scarlet, a powerful new threat to the land of Tyria , who offered players who had already trampled the first storyline a new danger to extinguish. It kept the community engaged, giving reward to those who logged in during each story arc and completed a set number of challenges. 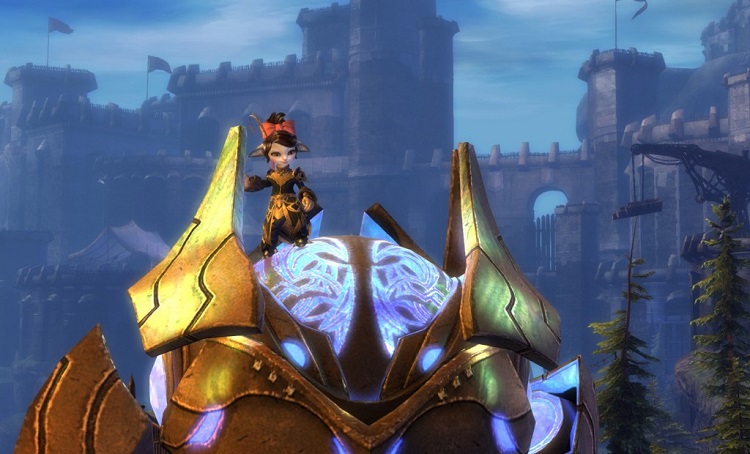 These story arcs did not act like an expansion, they weren’t added quests and areas that players could visit at their leisure. Developers wanted the Guild Wars 2 universe to feel like it was ever changing, evolving, and progressing. The Living Story is just that, a storyline that moves, much like a series of events, rather then a cemented set of quests. New plots and items were added every two weeks, giving players 14 days to finish that particular part of quest before the storyline moved forward and specific rewards became un-obtainable.

It may seem like a jerk move to some, since one could argue that timed events are unfair to players who cannot spend a lot of time in the Guild Wars 2 universe each week. But the two week time span seemed to work for many, and frankly the achievements and quests that were added during each arc could usually be completed in only a few hours. 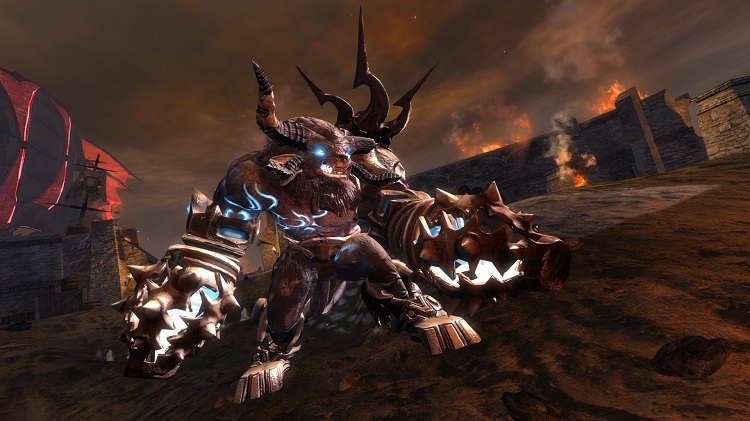 The Scarlet storyline ended over a month ago, giving closure to players who’d followed the lengthy side-campaign for its year long span. It seemed successful, although some message boards and forums have seen players clambering for more substantial updates, something more than an hours worth of content every two weeks.

Guild Wars 2 features a large amount of customization, specifically when it comes to play-styles. There are a multitude of skills, traits, and weaponry for each class, allowing players to create multiple builds for each job. This system, paired with a combat system that employs dodging and aiming, has worked rather well. Unfortunately, there are some class creations that are more viable than others, and the skill pool has become stagnant with time.

Unlike the original title, skills are simply unlocked through use and skill point acquisition. There is no questing for talents, and it’s rather easy to unlock all the skills available for your chosen class. Some argue that the original method of collecting skills in Guild Wars 1 should have been implemented in the sequel, and Anet took heed of this advice, adding a few new traits that could be unlocked by defeating some difficult enemies. Unfortunately, traits aren’t skills, and although some of the new additions are unique, and may help to unlock different play-styles, it certainly isn’t the boost that players had hoped for. Still, it shows an effort by the developer to give the community what it wants, and it shows that they are indeed listening to complaints and constructive feedback. 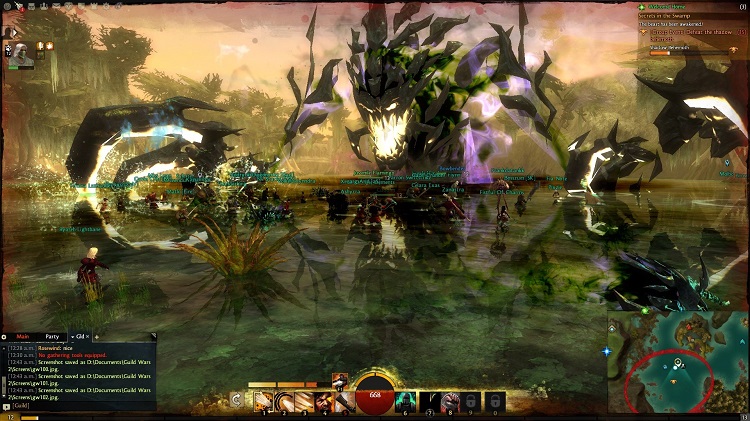 Another issue was with some of the large scale boss fights that were introduced last year. Tyria is teeming with massive baddies that take a multitude of players to defeat. Some of the recent world boss additions included creatures that were so powerful they took an entire server full of individuals working together to slay them. Unfortunately, this became an issue for some of the less “community driven” servers, causing some players to flock to other servers in order to receive reward for killing these titans. Anet has attempted to remedy this situation as well, by offering up something called the “Megaserver.” This amalgamated server system gives players a chance to pool together with individuals that share the same interests and playstyles, giving them a much better shot at downing some hard-to-kill enemies.

One of the main things that separates Guild Wars 2 from its competitors is its free forever mantra. Unlike titles with subscription fees, Guild Wars 2 employs a one time fee for the title itself, and then subscription fees free for the entirety of the series. This is welcome news to players who want to enjoy a solid MMO experience but cannot shell out monthly fees.

Do to its free nature, developers have become creative in collecting money from other sources. The Black Lion Trading Post is one such scheme, allowing players to purchase gems for USD, which helps to keep the experience free for other players. Whether it’s experience boosters, mini pets, or limited edition costumes, the Black Lion offers a lot of additional items to players who are willing to pay. Of course, if you can’t scrounge up the dollars to purchase gems, you can acquire them by swapping in-game gold. Expect to grind though, as the gem conversion rates can be quite costly. 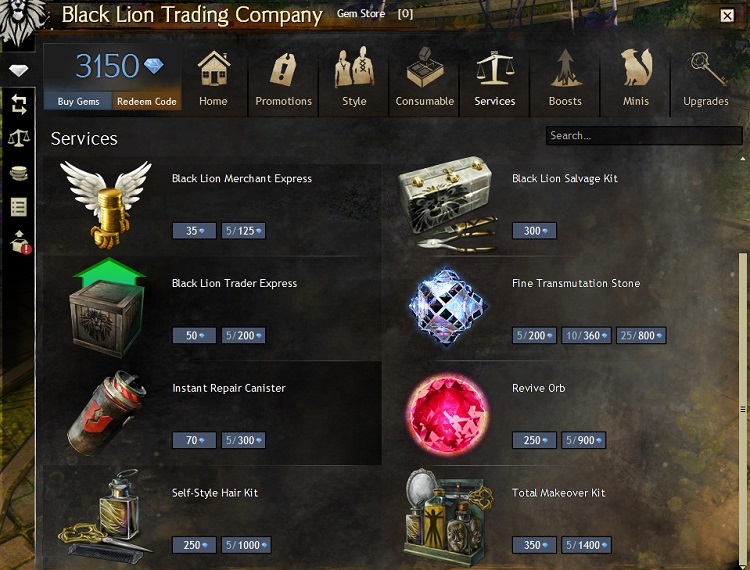 The Black Lion has proved to be a rather lucrative tool, for both players and developers. New items and trinkets are added on an almost weekly basis, offering up costume skins, endless gather tools, and even kits to change your characters hairstyle and appearance. If you’re the kind of person who loves collecting, you’ll find a multitude of limited edition mini-pets that show up for short periods of time then disappear.

Developers put the Living Story on hold a couple months back, and since then the game has been in a stand still. Some PvP and WvW elements and tournaments have showed up, but the main chunk of PvE events has ceased, leaving players with a basic shell once again. It’s been a while since we have seen a new set of achievements, or a reward for completing a specific quest line.

The lack of news from Anet is what is most curious. Developers have been working steadily on the Megaserver, as well as a slew of competitive content, but the future of the title is up in the air at the moment. It is going to be interesting to see where developers go in the future, and whether or not the Guild Wars 2 will continue onward through Living Story, or if we will see news regarding an expansion. 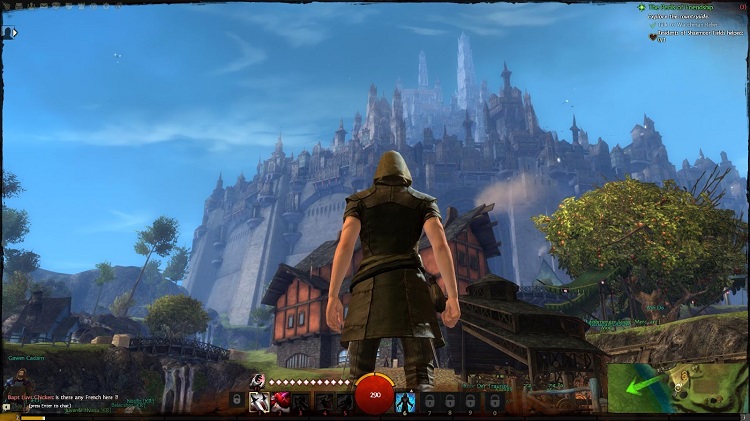 For now, you can still trounce your way through the “original Tyria,” creating new characters, experimenting with new builds, and progressing through dungeons. Hopefully we will hear news soon pertaining to the murky future surrounding this popular title, and the institutions that developers have already established will be enough to hold the attention for this content hungry community until news breaks.