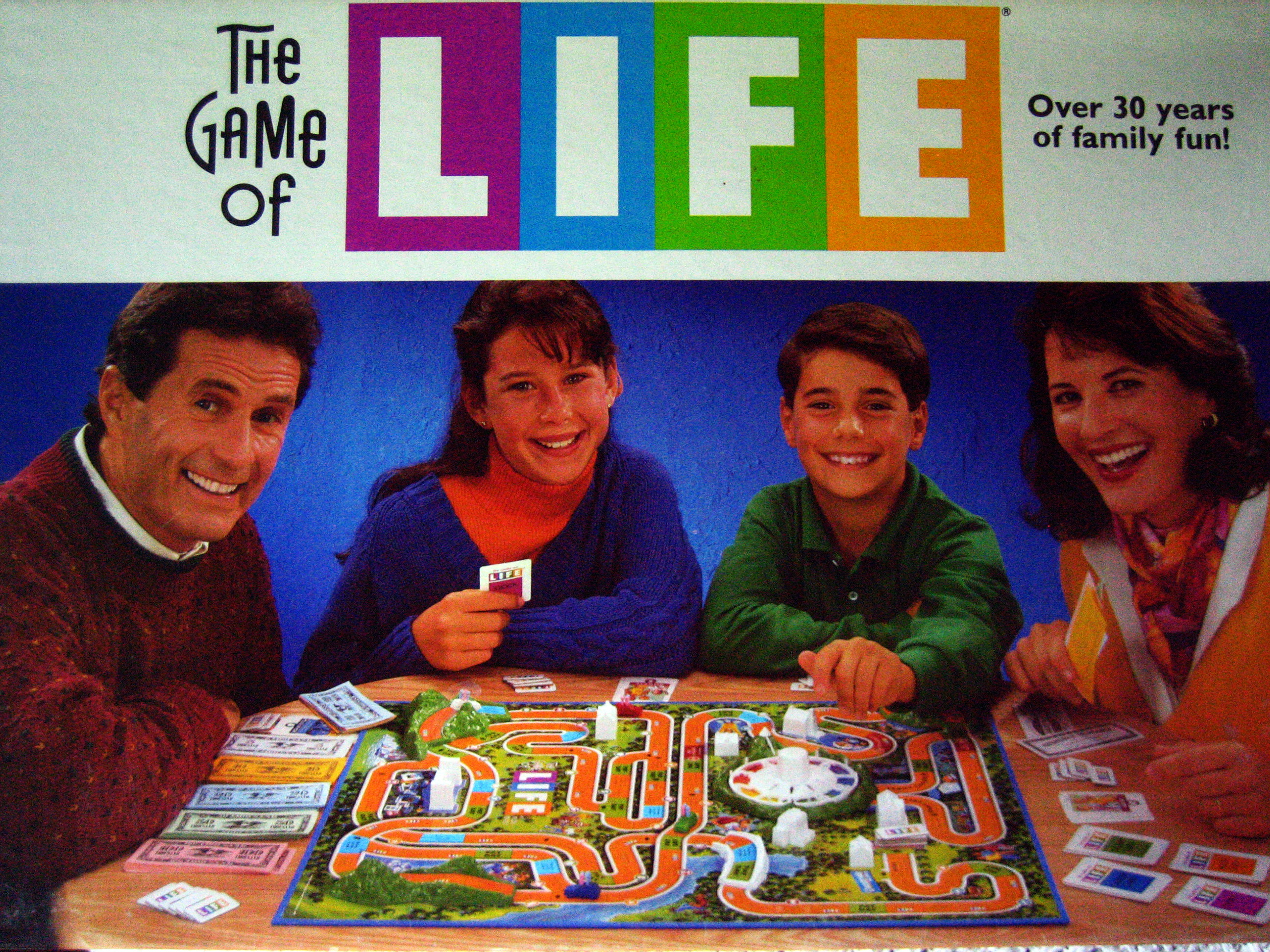 Look, we all love games and gaming—they’re some of the best ways we can escape the stresses of our lives for a few minutes (or a few days). I remain certain that secretly, many of us wish our lives were more like the games we so like to put our time into—what a simple life it would be.

But gaming life is a double-edged sword. Those things that make games so awesome? There’s a darker side to them too. Thing like:

Applying for jobs is one of the worst situations we can find ourselves in in the modern age. Especially because the typical “Entry Level” job posting still requires somewhere between two and four years of experience in the field that you’re trying to enter, so as to gain said experience.

Imagine if you could just grind those levels, though.

Finally, a concrete system for determining if a person meets the qualifications of the positions they’re aiming for.

Job postings go from “Entry Level—Four Years of Experience Required” to “Must be at least level 18 in Accounting”. Your resume doesn’t need to list additional skills in some kind of obnoxious, half-true list that tries to emphasize the importance of knowing how to properly form a spreadsheet, but instead lists you as “Spreadsheet Master”. 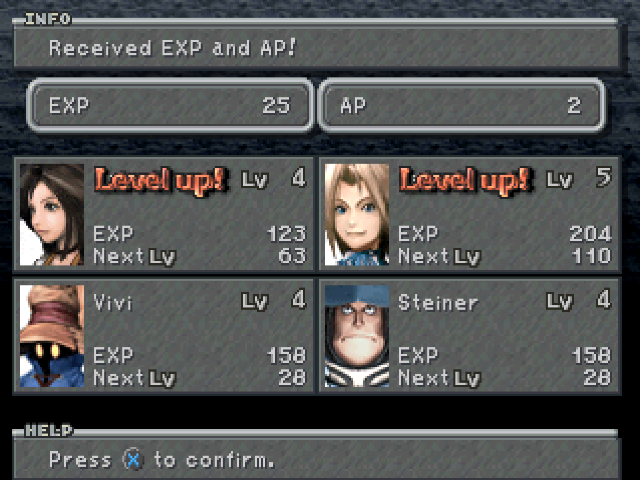 Imagine how the dynamics of social interaction will differ when your overall level is displayed over your head. Those level 8 Playground Bullies will think twice about picking a fight when they realize you’re a level 20 Sandboxmancer—even by virtue of the number alone. Tons of barfights from level 10 alcoholics with serious dexterity and intelligence penalties might go unfought when they pick a fight with high-level war veterans.

The only problem is…

It can all depend on how the leveling system works. Could be your standard Final Fantasy-styled system where there’s only one level that affects all your stats, and any experience gained in any way applies to that. Those that get to a high level faster will dominate the space and easily shut out the lowbies. It also means very little diversity in humanity at large, since most people will advance at similar rates, based on their class.

Maybe it’ll be like Skyrim, where you just have to keep doing something to get better at it (which is kind of like how the real world works), but then you’d just have a bunch of people that level up the same overpowered skills, and people who find simple ways to boost others (the world would have an absolutely ridiculous overabundance of iron daggers).

And how do you even determine in the real world how much experience something is worth? Who decides that? Would we have to go out and kill random creatures to gain experience, or does any action raise that number? Imagine the depressing feeling of watching as your level goes up, and you start to see the diminishing returns of your efforts quantified in giant purple numbers that appear from every mundane task that you do. Or the awkward moment when someone inspects you and finds out that you’re level 80 at collecting cookie jars. Some things are better left unknown.

The HUD is generally a very necessary element in the UI of any game ever. There are so many variables in a game that can be difficult to ascertain without direct visual representation, so doing so in a simple overlay that present critical information is a very logical decision. It helps to know when to take cover in shooters, when to use potions in RPGs, the best times to reload, the order of actions, or your current score.

All relevant information to your life overlayed directly onto your eyeballs.

Actually, there is technology that can emulate this in a variety of ways. But still.

The most clear and obvious use for a real-life HUD would be biometric tracking. Fell out of a tree? You can tell how close to dying you are by the big yellow bar above your head. A Sims-style set of bars could easily help you discern when it might be most prudent to eat, drink, or use the bathroom. I know we have biological processes for these, but there are always times when you tell yourself “I’m not necessarily hungry…but I could eat, maybe. That could be easily quantified on a bar. 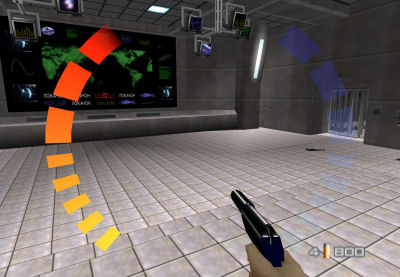 Imagine all the soldiers overseas who can easily tell how many bullets are in their guns, and how much ammo they have in reserve.

A GPS might still be useful for street-by-street navigation, but when you have an objective in mind, a waypoint could make sure you’ve always got your bearings, and know how far away you are from the sandwich shop or work. Speaking of work, objective indicators could easily keep workers on track with priority tasks and the like. Car dashboards would be rendered essentially unnecessary.

That’s great and all, but…

How many times a day do you take your phone out of your pocket to look at it? A lot, probably. Think of how distracting that is, being bombarded with all that information. Imagine that you could always see these details, even when your eyes were closed.

I can’t even imagine how paranoid I would start to become any time I saw my health bar begin to dwindle for some reason that wasn’t particularly apparent—even if it were as simple as my not having had a glass of water that day. Also, the amount of privacy lost if any of these details were also displayed to the people around you would be astronomical. We’re already giving away our information to others at alarming rates, but for someone to see how badly I need to drop a deuce at any given moment would be a new level of TMI.

It practically doesn’t matter what kind, the popularity of new superhero movies and TV shows alongside their even-more-storied comic book companions is more than enough evidence that most people would be stoked to be imbued with some kind of superpower.

All the world’s problems solved!

All these badass people with awesome abilities could help makind to achieve so much. You’ve seen what one person with these abilities can do in a game, something like inFamous, where you go from nothing to savior of man in a matter of days, even when other people with powers exist, and that’s a hero fantasy almost no one can deny having had.

Even if the powers were oddly specific, they could be useful. Super-smart scientists, ultra-efficient dry cleaners, people that can fly faster than the speed of sound, or didn’t need to breathe, some of these might be very niche, but could offer intense value to the world at large.

Surely there’s someone you’ve been in the presence of in the last few hours that you know, for an absolute fact, would be wholly unable to deal with great power in any sort of beneficial or responsible way. Whether that stems from their proclivity toward less-then-morally acceptable acts, their inability to properly handle conflict, their general douchery, or their massive ineptitude. If you’re reading this in the car, I can guarantee you’re going to share a stoplight with a person like this within a few minutes (hint: if you’re driving, it’s you, stop reading your phone in the driver’s seat).

Not to mention that the appearance of powers in people also leads to enhanced conflict and the rise of super villains. Wars fought by superheroes are bound to be far more destructive than any we war we can wage with modern technology, and that idiot in the car that decided it didn’t want to use its turn signal and almost hit me doesn’t need any form of direct energy projection that might result in my disintegration, thank you very much.