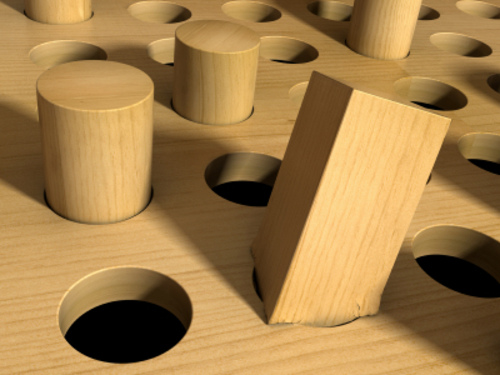 I was recently asked to take stock of my video game collection. All Sony consoles, all Nintendo consoles and handhelds, both Microsoft consoles, iOS and Android devices, etc. It’s not something I had ever really thought about, but when I did, I realized just how much the medium has taken over my life. That, in turn, has opened up my eyes to how much of a mess my entertainment unit is.

Never mind the sea of tangled wires in the rear that would give even the most patient of souls a fit; the stacks of oddly shaped, matted and/or glossy boxes with varying shades of white, grey, and black are just an eyesore.  They aren’t all connected at the same time – because that’s just asking for trouble – but I feel compelled to keep them around and at the ready in case I find an urge to play a game from generations past. Thanks to new systems being released, fire sales of older games just beg me to check out titles I may have, or even willingly, overlooked.

Ever since the Xbox One and PS4 were unveiled a year ago, it puzzled me as to why out of the three big hardware manufacturers, it was Nintendo that wholly embraced backwards compatibility.

With all of the news leading up to the release of these next-gen consoles, all I really wanted to know was whether I needed to keep my Xbox 360 and PS3 around. Microsoft was clear about its stance and Sony was pretty mum on the subject. The message gamers got was that if you wanted to play any older games then you must be prepared to keep your older hardware around.

Nintendo’s runaway hits from the previous generation, the DS and Wii, both fully supported the GameBoy Advance and GameCube, respectively (though, there were later models that did not). Their current generation output, the 3DS and Wii U, also fully support DS and Wii games, respectively. The choice effectively destroys any need to purchase a last-gen system, but the trade-off is that it potentially encourages the purchase of a current-gen one and ensures that the new system has a proven library of strong titles at launch.

Knowing this, all I could ask was why Microsoft and Sony were so against the feature. Of course, video games being a business, I can see the reasoning behind abandoning backwards compatibility altogether. Why offer a feature in your new hardware that makes your old hardware completely and absolutely obsolete?  If you’re interested in playing a game, you need to buy the system that can run it. Microsoft and Sony can always stand to sell more units of hardware.

True to form, according to sales data tracking firm NPD, Microsoft managed to sell a whopping 643,000 Xbox 360s in addition to 908,000 Xbox Ones in December alone. That’s a lot of extra green. There is certainly no reason for any of these companies to offer last-gen compatibility in their new-gen hardware.

Further, the move certainly hasn’t worked out at all for the Wii U, so I feared the lack of demand would signal the end of backwards compatibility forever. However, thanks to the recent news pouring out of CES 2014, Sony finally shared some welcome information regarding their stance.

Sony acquired online streaming company Gaikai a couple of years ago for a cool $380 million and that purchase is finally yielding some significant results. With the surprise announcement of the PlayStation Now service, gamers will be allowed to access PlayStation games on televisions and mobile devices in addition to Sony’s own collection of gaming hardware (all devices would require use of a DualShock 3 or 4 controller, paired via Bluetooth, to play). Either on a per-game or subscription basis, the service will permit users to access a selection of original PS1, PS2, PS3, and eventually, PS4 games.

It’s a very surprising and forward-thinking move in that the support for phones and tablets marks the first time one of the big 3 is completely disconnecting its games from both physical media and the hardware it’s trying to sell. Depending on the selection of games (a huge unknown) and the quality of service (in order to achieve what the company deems “good performance,” players would need a 5 Mbps internet connection), it could potentially negatively affect the future sales of PS3 and PS4 consoles.

Of course, there’s no way Sony would make a move that would cannibalize its own profit margin, so it’s likely that the gaming selection available for streaming will be incredibly limited. Rather, I see it as a smart way for Sony to get people interested in the games they offer so that they feel the need to purchase a dedicated gaming machine. 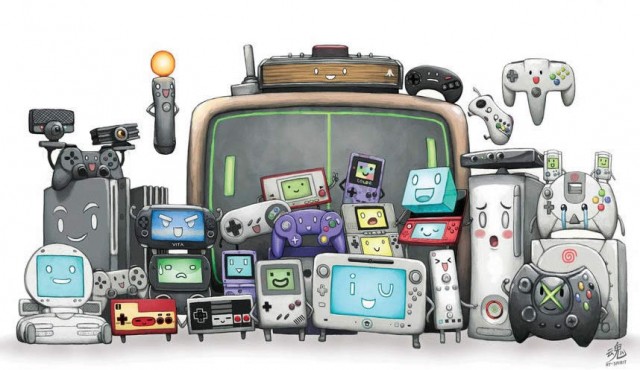 Regardless of how the service plays out when it fully releases this summer, it’s an incredible move that I hope pays off for Sony and consumers. If successful, it may spur Nintendo and Microsoft to offer similar services and, though unlikely, we’d be one step closer to that dream of video game unity. A console or service that plays all video games ever? My home would never be cleaner.