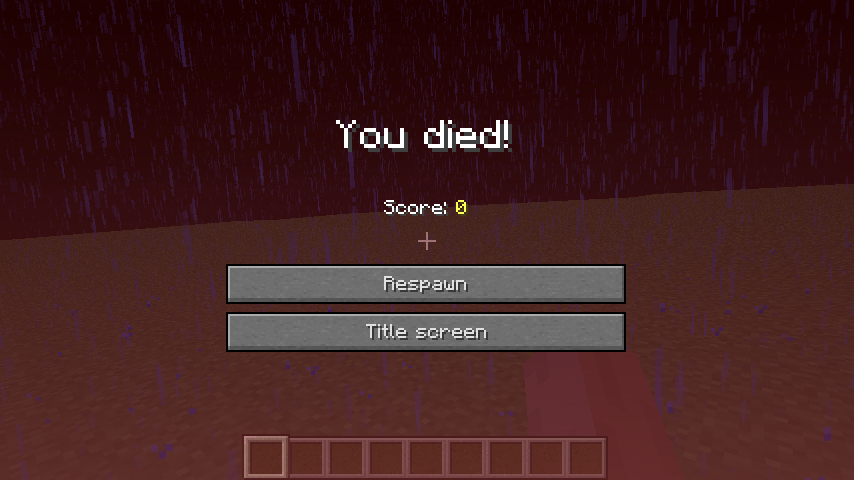 Are Games Really Getting Worse?

While certainly there are some great games released today, many games these days are released to droves of comments and criticisms that most wouldn’t levy on their worst enemies. The question remains, though: are games actually any worse today than they were fifteen years ago?

It’s a complicated question, and certainly can’t be easily applied to all gamers. The first and foremost thing to consider is one that can be applied to many issues throughout your life: it’s the loudest voices that bleed through. While some complaints might be valid, the fact that the rise of the internet has drastically altered our ability to levy criticism on the popular media we consume on a daily basis.

It used to be that you tore into your gaming magazine and had little but the reviews of professionals to shape your opinions of a game before its release. Now those opinions, while still just as reachable, are diluted by thousands of half-baked posts about everything that’s wrong with a game as soon as its released—often without considering a game as a whole unit, often focusing on some characteristic of the game they simply don’t prefer—and rarely offering better solutions.

I fully realize the irony of the next statement, as well: but so few people understand what it takes to make a game and how difficult it can be to take a project from inception to completion in a perfect form. Anthony Burch, once a gaming news writer turned actual video game writer and designer had plenty to say on the subject, particularly the fact that it’s so easy to condemn something you don’t actually understand.

If video games were spoken of in their communities the same way that scientific papers were discussed, ninety-five percent of these claims would be dismissed. At the same time, one can easily draw parallels between the ways that many issues of scientific relevance are covered in the media and the way they’re consumed by the population at large to the ways that popular media is viewed—albeit somewhat less…grave, we’ll say.

That all being said, it’s still important to try to consider the quality of games in the modern era versus games that released during the so called “Golden Age” of gaming (often considered to be the early to late ’90s). Games since then have certainly grown into a media powerhouse—far beyond the hobby they were once considered to be.

That already lends itself to one of the reasons that many might think that games these days have dropped in quality: they’ve simply aged. For the same reasons that so few novels have been added to literary canon and that films today seem to have drifted to unusual extremes in order to remain unique, gaming is an infant medium that has reached the next stage of maturity, and as such is not only receiving larger swaths of attention, but is also more easily identifiable by the casual viewer, which also means that game designers have begun to fall back on many of the same tricks.

Essentially this: games that are considered to be among the best of the older days include many elements that would be considered either archaic or cliche. In their age, these games were not only pioneering some of these sorts of features, but they also released among significantly fewer peers. Try the following experiment: find a game released before the year 2000 that is widely considered to be a great game, one that you haven’t played before and isn’t part of a series you’ve experienced. While I can’t say with certainty that you’ll be unable to love it as much as you do many other games, I can almost guarantee that it will be considerably more difficult to find the same level of pure joy that accompanied these games in your youth.

You can actually blame the Wii for this to a significant degree, alongside the rise of mobile gaming. While gaming was getting more popular upon its release, the Wii was the console that invaded the most home and made the shovelware model more profitable. App stores allowed more and more clone games to rise to prominence with little-to-no quality control.

Don’t get me wrong: I want anyone to be able to make a game to express themselves. At the same time, it does mean that more games are released than could possibly reach the level of quality many gamers hope for.

Even then, when most people speak of the diminishing quality of games in the modern age, they’re not talking about mounds of independently released titles, but rather they’re talking about major titles released by larger studios. We’ve talked at length about games like Destiny, the game with the largest budget of any other ever, which still ended up suffering from substantive issues that prevented it from being considering a masterpiece akin to Final Fantasy games pre-X, or Shadow of the Colossus, or the more recent Journey.

While it is true to say that as more and more games are being released, the aforementioned tidal wave of shovelware that invariably hits shelves and dilutes the quality of games from a statistical standpoint, the truth of the matter is that since we as gamers are not required to play every game that is released, the fact that more bad games are released from a percentage-based standpoint is irrelevant because more good games are also being released compared to yesteryear.

Plenty of fantastic games are still being released month after month. It’sthe things that are affecting our perception of these games and the behavior of the publishers that are contributing the most to our feeling of disappointment with so many large releases these days.

Hype is probably the largest factor in the equation. The instant availability of information means no more waiting for specific tv spots, reading magazine features or relying solely on the pedigree of the developers to judge a project. You can practically follow game development in real time (especially when it comes to Early Access titles). Beyond that, devs are more and more able to spoon-feed us idealized versions of their product in order to maximize their returns—constant trailers, screenshot dumps, and streams of games in action being played by PR specialists give gamers a more inflated sense of everything they encounter.

Of course, the growing industry also puts more pressure on the developers to release their games in a timely fashion, which has lent to the growing number of full-fledged releases that are not in a “complete” states—filled with balance issues, game-breaking bugs, and/or glaring errors. Games lack more polish in favor of more flash, hoping to cover their faults with lessened complexity and more ridiculous cutscenes.

It’s merely a condition of the industry to be disappointed. As gaming as a medium grows, so does its potential alongside growing technologies and budgets. The biggest problem is that our expectations of what the games that are coming out will be is operating under the assumption that these games are being developed under perfect conditions—that some of these games can do no wrong. This image has a tendency to persist until many of the gamers get the game in their hands, at which point they find the game to be a let-down, contributing to the thought that games are getting worse.

The fact of the matter is that enough games are being released that you can, with significant ease, always find a game that does meet your standards within a given genre, it only requires a little open-mindedness on your part. The fact that more games released these days are mediocre or below expected quality standards doesn’t mean that games do not exist that can easily break through those boundaries. In fact, it is likely that more of them are released these days than they were during the Golden Age—it is simply that you are less likely to find if you grabbed a box blind (it’s easy to do research to mitigate this fact). The immediate availability of alternatives means you’ll always be able to find a game that really works for you.

And that’s the core of the matter: whether games as a whole are getting worse is practically an irrelevant statement. We want gaming to continue to grow and develop into more mature medium, but in the end what matters is that there are games being made that appeal to you in particular. Unless literally every game ever made begins to decay into a senseless mess, quality products are still being made. In that regard, it’s up to you to determine for yourself if gaming is turning into some kind of cess pit or is still something you enjoy.

Don’t let the industry dictate to you what is and is not good. Context is important, certainly, and many sources of information online can help you sort the good from the bad, but there are too many good games out there to care if other big games are getting worse, regardless of whose fault that is.