King On A Crusade: A Sad Saga

Last year, King, the studio behind Candy Crush Saga filed a trademark for the word “candy.” Strange how one can own rights to such a common term, but the company makes boatloads of cash off of its property, so the move to protect itself isn’t unprecedented (see: “Apple”). Earlier this week, the trademark was marked for approval.

The public has 30 days to send a statement of objection to the USPTO, but if no one is able to sway its opinion, then the studio will be given exclusive use of the word in video games and apparel. I imagine it wouldn’t be too difficult, if granted, to then extend that reach to non-video game and clothing products, like future television shows or toys.

Anyways, the move clearly irritated people with common sense, especially other developers. “Lots of devs are frustrated cause it seems so ridiculous” says Benny Hsu, creator of All Candy Casino Slots – Jewel Craze Connect: Big Blast Mania Land. The ludicrously long-named game has already been targeted by King. Despite sharing no likenesses with King’s games, it has been hit with the following statement:

“Your use of CANDY SLOTS in your app icon uses our CANDY trade mark exactly, for identical goods, which amounts to trade mark infringement and is likely to lead to consumer confusion and damage to our brand. The addition of only the descriptive term “SLOTS” does nothing to lessen the likelihood of confusion.” A further statement called his game a “calculated attempt to use other companies’ IP to enhance its own games, through means such as search rankings.” 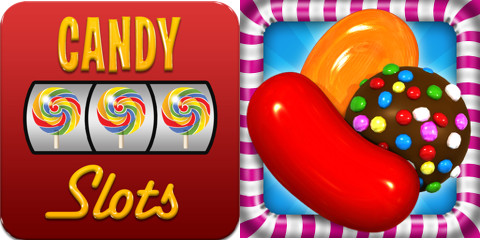 Hsu’s game is just one of several games targeted and, since most indie developers don’t have the deep wallets to challenge King in court, will likely have to change the names of their games. Hsu already has. King’s attempted to assuage fears, saying that the company wouldn’t be heavy-handed in its approach to protecting its “constantly infringed” brand, stressing that they would not enforce the ruling against all uses of the word. “Some are legitimate and of course, we would not ask app developers who use the term legitimately to stop doing so.”

In response to the disgust the public expressed, King released a statement saying it is “not trying to stop Banner Saga from using its name. We do not have any concerns that Banner Saga is trying build on our brand or our content. However, like any prudent company, we need to take all appropriate steps to protect our IP, both now and in the future.

“In this case, that means preserving our ability to enforce our rights in cases where other developers may try to use the Saga mark in a way which infringes our IP rights and causes player confusion. If we had not opposed Banner Saga’s trade mark application, it would be much easier for real copy cats to argue that their use of ‘Saga’ was legitimate.”

Again, trying to protect its brand from copycat games that are too similar to its own. Fair enough. However, even the most cursory look at both games will tell you that they have absolutely nothing in common. King begs to differ.

A portion of King’s Notice of Opposition against Stoic reads: “THE BANNER SAGA mark is confusingly and deceptively similar to Opposer’s previously used SAGA marks…[It] is likely to cause confusion, mistake, or deception that Applicant’s goods are those of Opposer, or are otherwise, endorsed, sponsored, or approved by Opposer for use with Opposer’s goods causing further damage to Opposer.”

Confusing? Deceptive? Nope. This is just sad. Why doesn’t King’s logic regarding protecting its use of the word “candy” also apply to “saga?” As in, “We don’t enforce against all uses of [SAGA] – some are legitimate and of course, we would not ask App developers who use the term legitimately to stop doing so.”

King is hoping to prevent Stoic from maintaining a legal right to use the word “saga,” which would ultimately force Stoic to change the name. I knew very little about The Banner Saga prior to this week, but even I wouldn’t have been confused by the games’ titles. I mean, a single screenshot from each is enough to tell they aren’t remotely similar.

Then again, I’m not the idiot that King believes its products’ consumers to be.

See, I love, love, love the fact that mobile games get more people to play video games. Because of that, I’m willing to overlook that most of them are terrible. I just ignore them and respect that they’re helping others understand the hobby I hold so dear. However, a situation like this begs for a response.

Why does a game like The Banner Saga require a successful Kickstarter campaign to exist when something like Candy Crush generates bizarre amounts of revenue? The latter is by no means a better game – and I’m struggling to even deem it a “game.” It requires no strategy and all progress depends completely upon how a stage is setup when it loads. Well, that, and money. It’s merely a luck-based screen-tapping thing that people strangely sink real-world funds into when they could be throwing money at projects, like The Banner Saga, which have actual effort put into them. (Yes, this has made me quite bitter.)

Thankfully, Stoic intends to make more Saga games. Despite King’s Notice of Opposition, The Banner Saga developers announced that they will continue to make games using the common term that no one should really ever have rights to.

“We won’t make a viking saga without the word Saga, and we don’t appreciate anyone telling us we can’t,” the statement reads. “King.com claims they’re not attempting to prevent us from using The Banner Saga, and yet their legal opposition to our trademark filing remains. We’re humbled by the outpouring of support and honored to have others stand with us for the right to their own Saga. We just want to make great games.”

Amen to that. It would be splendid if King focused on doing the same.