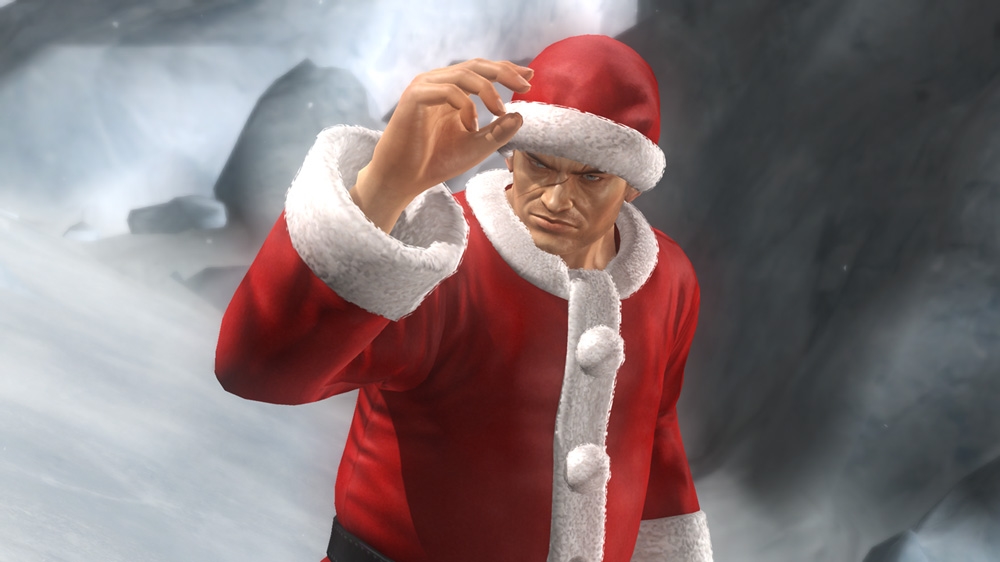 A DDoS Christmas, A Time To Explore New Things

It is my solemn hope that you got some awesome gaming gifts that you’re raring to load up, but must apologize for your inability to use them.

I don’t apologize because I am at fault, but rather because I understand. I, too, am unable to get my regular fix—watching my Vita struggle to connect to my PS4 so I could attempt (and likely fail) to finish the new weekly activities in Destiny has been heartbreaking in many ways, to say the least.

But I am a serial optimist in these things. And though those-that-shall-remain-unnamed who have taken credit for the attacks that crippled the services, coupled with the mad rush of happy new console owners that keeps the service down as I type, I’ll find a way yet to enjoy some games for the last sliver of year we have left before we get to start the cycle of eagerly awaiting releases again.

I think the best way to do this is to be exploratory, something that I encourage you to do, as well. We gamers are creatures of habit in many ways. Casual players have a tendency to fall in to comfortable rotations in their gaming: high-reward, low-effort romps that appeal to the pleasure centers of the brain and don’t place too much of a burden on the rest of one’s time. The more intense players settle into carefully constructed loops and patterns, forged over many hours into efficient player-killing, loot-generating, monster-disemboweling machines.

We have a tendency to find the things we like and stick with them, and in my time as a GameStop employee, found this to be particularly true of the mid-range gamer— the one that knew enough to know what they were looking for, but not enough to have conducted research into what they wanted before traveling to the store. I prided myself on establishing a rapport with these people, finding the things they didn’t know they enjoyed when they played. The way I see it, this outage, especially on a holiday that really seemed like it snuck up on many of us, is the perfect opportunity to find a game of the past that you may not have given a try to, but really should give a chance to, especially if you’re on a budget.

It may take some braving the post-holiday crowds, but as more and more developers have settled into the business of releasing safe, tired old games, it is becoming more and more important that we try to give some power back to the devs that innovate.

I understand that this is a difficult sentiment, given that gaming has taken a strangely divergent approach in its “AAA vs. Indie” mentality, however I simply do not feel as though I should have to compromise on budgets when hoping to play a game from a big developer that really drops my jaw as I play for any reason other than being really pretty.

Take the narrative, for example. In a game like Uncharted 2: Among Thieves, I had one of my most adrenaline-filled moments of my gaming life: leaping from truck to truck on a speeding caravan, while fighting off thugs and mercenaries from every direction. At the same time, the guys at Naughty Dog (for whom I have quite a lot of respect) expect me to sympathize with a reluctant hero that just murdered hundreds and hundreds of people, because now it’s happening in a cutscene.

On the other side of the coin, a game like The Banner Saga (which enjoys significantly less fame) has an art style that is appreciable, but not awe-inspiring, but also had moments in it (that I care not to spoil) that had me infuriated—not because they were frustrating gameplay moments, or a well-laid plan that was ruined, but because I made a conscious decision to place my trust in someone, only to have them completely abuse that trust. Which, by the way, also happened in Zero Escape: Virtue’s Last Reward, a game I also recommend, though it does take some…getting used to.

And, as a point of interest, The Banner Saga was recently adapted for mobile platforms, and play admirably, save for a few audio issues. The price is totally right at $9.99 on the Google Play and iOS App stores, and dodges that pesky online service outage.

It doesn’t need to be a purely narrative decision, either. The Binding of Isaac: Rebirth has plenty to offer with gameplay that’s nigh-infinite in its nature, and has an aesthetic all its own. If surviving is your cup of tea, it bears mentioning that Don’t Starve recently release the Early Access beta for Don’t Starve Together, the promised multiplayer offering that has been on the minds of the fans since Reign of Giants.

Now might also be the time to revisit classics that you may have missed, or lesser-known gems on older consoles, which might be a good use of all those gift cards that are likely burning holes in your pocket as we speak. Games like Catherine (a relationship-minefield story with glorious puzzle gameplay) or Star Wars: Knights of the Old Republic, which just happened to get ported to Android (just ignore a few wonky controls…for now).

Don’t let this be the year you settled for less in games, make it one where you discovered something you didn’t know you loved. We’ll be right there with you.