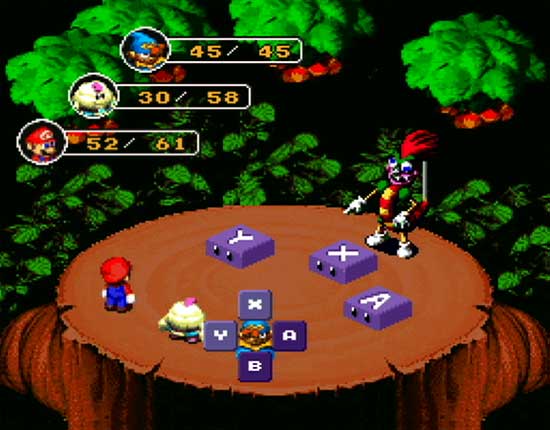 7 Games That Were Ahead Of Their Time

It’s a common theme these days for people to complain about a lack of innovation in gaming. It used to be that games sought to break away and create new and interesting ways to experience what they had to offer. While recent technology making larger and larger leaps and bounds, the noticeable effects have been diminished. AAA game studios deliver increasingly standard scenarios, afraid to risk profits with unproven concepts. This is, of course a generalization. Large studios are still capable of delivering truly phenomenal experiences, but rarely do they tread in new space.

This is less true in the indie space, where unique gameplay is one of the only ways to pull away from the herd and be seen. This recalls the days where gaming was a less prevalent medium. These were times when, people weren’t afraid to try something truly new or interesting. Out of this age came some of the experiences that so many moderns gamers owe their experiences to. There were games that set the stage for so many years to come. Games such as… 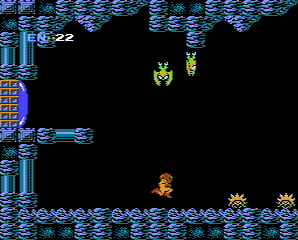 The original Metroid game on the NES was truly a pioneer. While so many games focused on their fairly singular goals (often requiring motion in primarily a single direction, a la Super Mario Bros. or Contra) Metroid tasked the bounty hunter Samus with exploring a vast world, complete with a diverse set of environments and a large cast of enemies. The exploration aspect of the game wasn’t the only aspect of Metroid that would become commonplace in future games, but also that Samus possessed a wide variety of abilities that grew as the player progressed through the game. The Castlevania games have enjoyed considerably more success after adopting many of the Metroid’s characteristics, a whole genre of games now uses the title as part of their moniker, dubbing themselves “metroidvania” games. Add to that a killer soundtrack and an admittedly less unique password system, and Metroid could truly be considered a game ahead of its years. 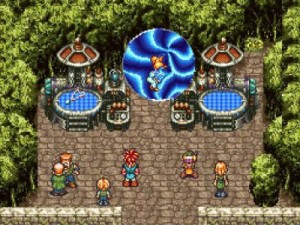 One of the most beloved RPGs of its time, Chrono Trigger blended loveable characters with a time-hopping story to great success. The game also blazed a fair set of trails in the process. Moving away from the more traditional turn-based JRPG battle style, Chrono Trigger‘s fights also had their enemies moving about the battle in real-time. Special abilities weren’t just unique to each character, but also had the capability of affecting enemies within a particular area, necessitating more patience and thought before execution to maximize the effects of your actions. Even further, every character’s abilities could be combined with those of the others to produce unique effects. One of the most interesting concepts, however, came with the introduction of the New Game+. Upon finishing the game, the player could start over from the beginning with all their experience and items intact, a common function in modern RPGs. Further, during New Game+, the player could elect to fight the last boss at any point during the game. Based on when this is done, the player can access one of twelve endings (thirteen in the remakes), another tactic commonly adopted these days. 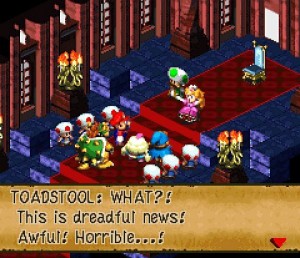 Super Mario RPG: Legend of the Seven Stars was a curiosity in its day. While spinoffs of other Mario games had existed this was by and large a more dramatic undertaking. While the game’s predecessors focused on a fairly basic narrative (Bowser captures the princess, go save her), Mario RPG turned the series on its head. Right away, the opening introduces a new form of gameplay to the Mario games, more of a turn-based RPG than an action game. The story initially parodies the older Mario games, but quickly moves off on its own in a large-scale reboot of the series as a whole. The battle system required particularly active participation, bringing in a system of timed button presses to enhance the effectiveness of your attacks and abilities (famously copied by games like Legend of Dragoon). Of particular interest is the concept of taking an established series and re-imagining it in a new form—a concept that is growing in popularity in gaming, as well as other popular media forms. 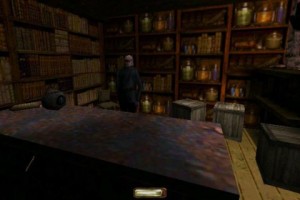 The stealth genre has grown quite a lot in modern times. While games like Metal Gear had been around for many years before Thief, Thief was the first to incorporate many mechanics that have been widely adapted in modern stealth games, things like staying in darkened areas and remaining as quiet as possible. Thief was one of the first games where the protagonist really felt vulnerable our of his element. While Solid Snake is a legendary soldier, Garrett was clearly more at home when unseen. These were concepts widely echoed in games like Splinter Cell, later Metal Gear games, and Dishonored. 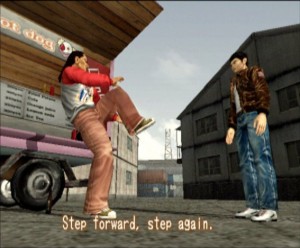 The large movement in open-world games looking to emulate realistic environments owe their identity to Shenmue. The creator of the game wanted to give the player as much freedom within the game as they could. This manifested in the form of large non-linear cities, simulating things like weather effects, a day/night cycle, and fully voiced NPCs that operated on their own schedules. Many popular open-world games have adopted these same characteristics in trying to craft the most lifelike environments they could. The game is also responsible for the introduction of the quick time event (QTE), love it or hate it. QTEs have since invaded almost every genre you can think of. Many wanted to see more from the series, but production ended after the second game. 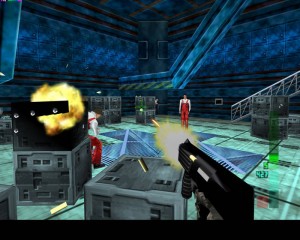 While more people might immediately look on Goldeneye with that nostalgic look, it was Perfect Dark that made inroads in console shooters. The game introduced concepts such as multiple firing modes for weapons, and was one of the first to feature reload animations on their weapons (which totally blew my mind at the time). The biggest introduction was a full-featured multiplayer mode that went far beyond possessing a few game types and a few different weapon sets. The game allowed for all manner of customization, from completely unique weapon sets, to bots of various difficulties and behavior styles. This allowed for the creation of unique scenarios and modes of play, and didn’t even require other players present to be enjoyed, a function commonly mirrored in modern FPS games. 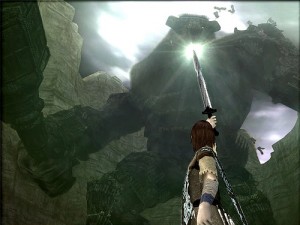 The most modern of these games, but influential nonetheless. Shadow of the Colossus was an action game that played wholly unlike any before it. The game featured large swaths of open space and a narrative that was verbally succinct, but symbolically rich, and the concepts of morality that many modern games of this kind try to shove down your throat with varying kinds of good/evil meters and decisions. Shadow of the Colossus did this without a hokey meter. While there aren’t necessarily decisions to be made related to the story, the game did a phenomenal job of taking the Zelda mentality and calling the actions of the protagonist into question. The game elicits enormous amounts of emotion with nary a word, and even managed to do it without introducing a large cast of characters or seemingly significant plot events. As the complexity of large studio games continues to grow, the game managed to accomplish extraordinary things without introducing additional gameplay elements (like new abilities and the like). Anything the protagonist can do, he can do from the start. These are qualities commonly found in the indie subset of games, but were illustrated in the larger space, something rarely achieved in the modern age.