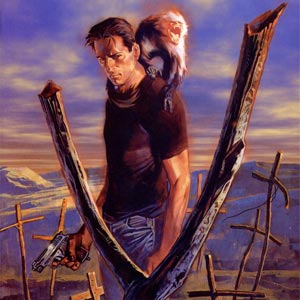 Forget the golden age of comics and yesteryear’s monthly perusing of Wizard magazine’s casting wish lists. Today’s fans live in a dream world where any graphic novel has the potential to become a film, television series or, better yet, fully fleshed out video game.

Telltale games has done wonders expanding the universe of “The Walking Dead” and sourcing material from Bill Willingham’s Vertigo Comics series “Fables,” giving us the recent gaming treat of “The Wolf Among Us.” Over the summer, Neil Gaiman announced he’s working with developer studio The Off Gentlemen and publisher Moon Shark to create an original game, “Wayward Manor.” It’s not quite Sandman, but if the release goes well, along with Joseph Gordon Levitt’s December announcement of his Sandman film production, we can only hope he’ll give his beloved series another shot, and that we’ll see more graphic novel-to-game adaptations in the works.

In no particular order, here’s our list of 10 graphic novels we’d love to see developed into games. 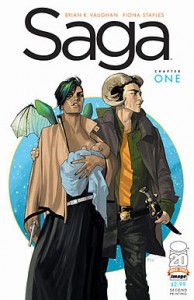 With its expansive fictional universe of extraterrestrial races, and its time-tested love story between feuding planets, “Saga” is often described as “Star Wars” meets “Game of Thrones,” the latter likely due to its no holds barred take on sex, violence, intergalactic slave trade, and the pains of bringing a child into such an unstable world. Illustrated by Fiona Staples, the pages, its characters and scenery demand attention and we’d be lucky to play a part. Unfortunately, the team has made it well known that they aren’t that into big media options. 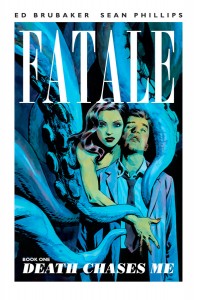 Gory violence? Check. Ties to the occult? Check. A compelling crime noir about an evil woman who has men of all statuses wrapped around her little finger? And how! We certainly wouldn’t mind this dark detective series by Brubaker and Phillips getting the first-player treatment. It wouldn’t have to try hard to be better than “L.A. Noire.” 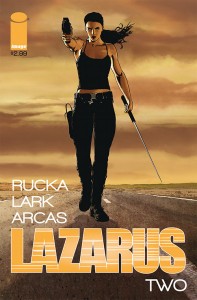 Greg Rucka and artist Michael Lark teamed up for this dystopian class commentary and crime story centered around the genetically modified (and immortal) protector, aka Lazarus, of Family Carlyle. A thrilling exploration on power dynamics, morality and love, the novel paints a bleak, post-apocolyptic future in which surviving families each have their own Lazarus, in addition to Serfs, to do their bidding. Whether an unfolding single-player story or MMO, the series makes excellent fodder for gaming, especially with a interesting female protagonist leading the way.

With the wild success of “The Walking Dead,” we wouldn’t be surprised to see a game version of Kirkman’s other, less gruesome, series. In fact, last year he confirmed his enthusiasm to the Hollywood Reporter  “Yeah, I think Invincible will make a great game.” We’ll cross our fingers to see his teen hero Mark Grayson navigate his developing super powers on our screens. 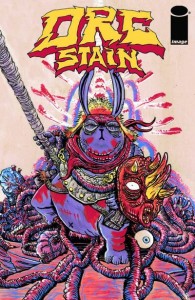 Fantasy lovers would be beside themselves if the graffiti-like linework and colorful, eye-candied pages of “Orc Stain” were adapted into a game. With a wink to Tolkien, Stokoe has won us over with his orc-only universe and phalia-based economy, and equally funny and vulgar arc of the protagonist, One-Eye. 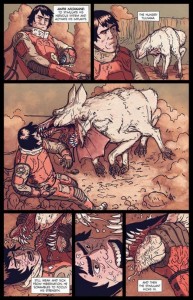 A ravaged earth has been overrun by aliens and human warrior John Prophet is our guide in surviving and navigating a world of biotech, mutations and other sci-fi goodies. Often described as a Darwinian space opera, “Prophet” takes risks in story and art. Actually, artists switch off to draw different Prophets which are revealed to be an army of clones. Don’t mind if I play! 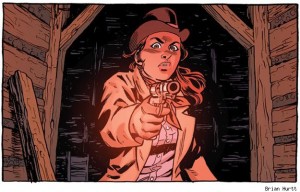 Finally, an Old West tale with a smidge of magic, “The Sixth Gun” is set a few years after The Civil War, centering around six pistols with supernatural powers. The guns’ respective powers range from fire and eternal youth to psychic visions, and the shooters who wield them are tested in an action-packed race to the end of the world. Unfortunately, NBC passed on a pilot series last May, but a fan can dream that one day we’ll get to first-person shoot alongside gunman Drake Sinclair. 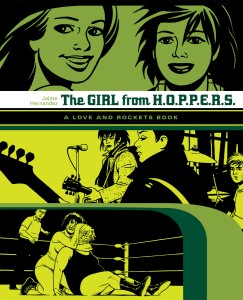 The vast and yet intimate universe created by Los Bros Hernandez has been captivating fans of alternative comics for over 30 years.  In that time, the stories of “Love & Rockets” have followed a cast of core characters and an expanding cast of tangential figures through storylines that run the gauntlet of genre fiction, from sci-fi and exploitation, to urban drama and magical realism.  This deft use of genre and semi-realistic depiction of time, particularly by Jaime Hernandez in his “Hoppers 13” storylines, have molded characters with rich inner and physical identities existing in a fully formed universe that would, if adapted, give gamers a fully immersive experience with countless narrative possibilities.  An adaptation of  “Love & Rockets” would also be of particular interest to gamers looking for strong, female-centric storytelling, as the vast majority of the title’s many iconic characters are women. 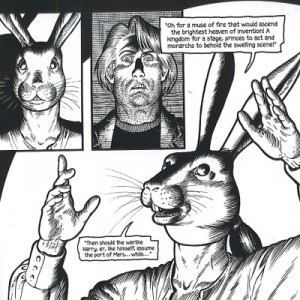 “Alice in Sunderland” by Bryan Talbot

Certainly the least conventional choice on the list, Bryan Talbot’s graphic novel examining the history of literary and pictorial storytelling through the lens of Lewis Carroll’s “Adventures in Wonderland” and its sequel, “Through the Looking-Glass.” Talbot uses the graphic novel form to blur the lines between local history, biography, mythology and literary theory to tell the story of Carroll, his ties to the town of Sunderland in North East England, and the evolution of illustrated storytelling. The book contains many novel elements including Talbots’ use of collage-style page layouts, his blending of factual subject matter with narrative techniques usually reserved for fiction, and even a cameo from Scott McCloud (or, at least his comic avatar from his “Understanding Comics” series).  Narrative games stand at the cutting edge of graphic storytelling and represent the next chapter of the tradition that Talbot is exploring in Alice in Sunderland.  It would be a challenge for a developer to create a game that respected the metafictional elements of the source material without becoming bogged down in a self-referential boondoogle that disrupts the flow of gameplay. However, in the right hands, this could be a unique, not to mention educational, playing experience. 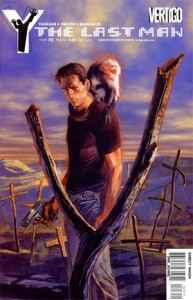 I know, I know. A Brian K. Vaughan comic already made the list, but with his epic adventure of an escape artist who discovers that he and his monkey may be the only males in the world after a plague, can you blame me? The story is already optioned and a film is in the works, but it’s never too early to get cooking on a game!